I live with a Rare Genetic Condition. You can help. | Milaap

I live with a Rare Genetic Condition. You can help. 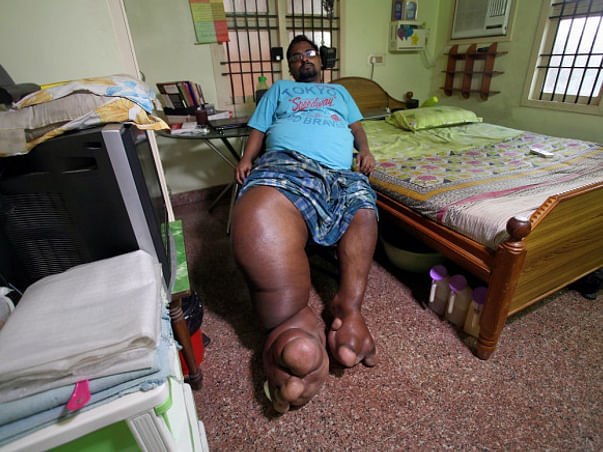 I am Arun’s Sister also working with Arun at kenriche. I started this campaign to raise funds for Arun to buy himself a Mobility Aided Vehicle.

Arun P Rajasingh, a Miracle Kid born with a giant right leg, an intelligent mind and an ever cheerful soul is now overwhelmed by the pain of numerous muscle knots forming in his 90kg right leg, torture of severe OCD and recently the onset of Diabetes. 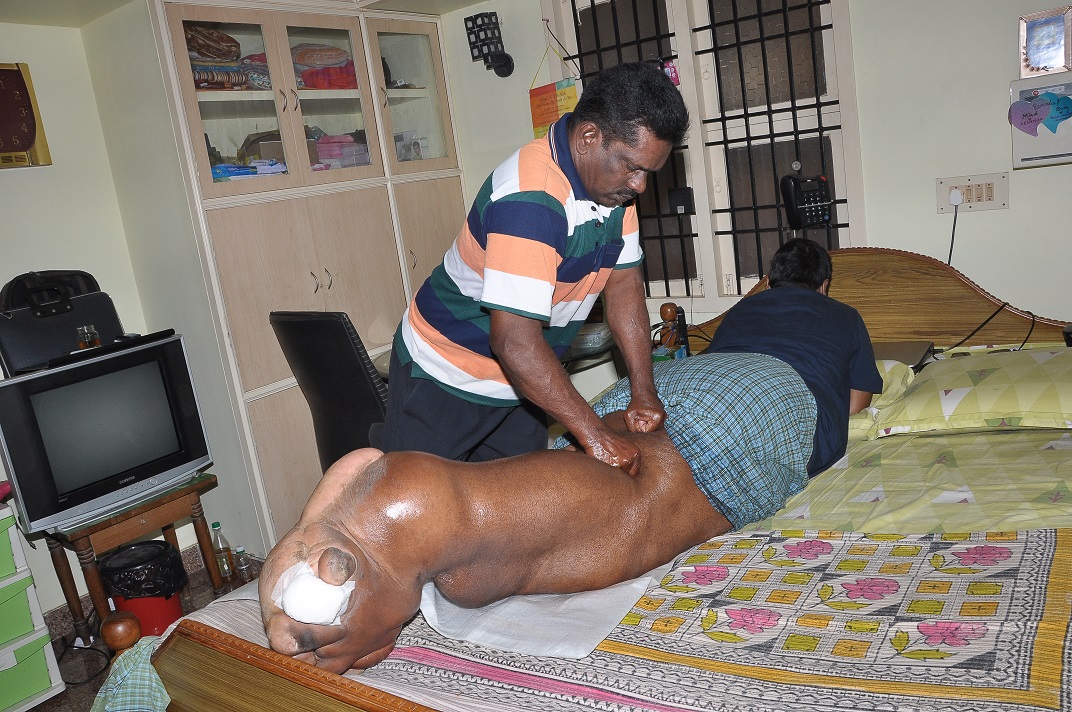 The regular follow ups and treatment require Arun to step out often. The current set up he has is very strenuous for him and requires a lot of manual assistance.

What will Arun do with the funds?

Arun will buy himself a Wheel Chair Accessible Vehicle and a Powered Wheel Chair and Regain his Independence!

We appeal to everyone  reading this message to consider donating whatever you can to support Arun’s  need. No amount is small and every penny is golden. Also, please share this  message with your friends and family, on Facebook, Twitter and other channels. Someone, in some corner of the world, might be able to relate closely  to this situation and offer to help.
Thank you so much!
For updates, visit: https://www.facebook.com/lion.whale

Here is Arun's Story in Detail

Arun P Rajasingh was born in the early morning hours of March 15th, 1981,  was unfortunately diagnosed with this rare giant leg disease. Arun was put into the ICU just after his birth to fight for his life. Doctor’s didn’t expect Arun to live for more than 2-3 weeks but he was born with the zeal to fight against all odds and he survived.

Doctors examined Arun and gave up on him indicating that nothing can be done, furthermore they were not able to identify the problem Arun had. But he and his family didn’t.

Arun did his schooling from St. Joseph’s Anglo Indian Boys Higher Secondary School located at Vepery, Chennai. He was born with a giant right leg and an intelligent mind, so Arun topped all of his classes, Excelling at school. At the teenage in his 11th standard, Arun still fighting all the odds found a close friend of his family doctor interested in helping him. She sponsored his trip to the US, followed by medical treatment at Boston's Children Hospital. Arun was investigated by 2 senior doctors and more than 25 interns from Harvard Medical School. The Doctor’s came out with only solution Arun despised. It was to amputate his leg. Arun denied to give up on his leg again. He was born with it and accepted it; Arun loved his giant leg.

While in U.S another tyranny hit Arun’s family. His Mother died from cancer. Arun wasn’t told and didn’t get to see his mother. His father had to leave and Arun started his further education in U.S.

Grieving for his mother in U.S Arun was hit by one more storm raging within his mind. He started living alone, fighting his mind and talking to himself. Arun at the age of 16 started showing the symptoms of severe OCD which could be as a result of post traumatic stress. This made Arun leave U.S And come back to India, where his U.S Education wasn’t accepted and he had to redo his 1 year education for further studies in India. Suffering from OCD and fighting his mind, Arun managed to score 90% in his 12th standard results. Arun committed to his studies took admission in an engineering college 700 kms away from home with a major in computer sciences.

After finishing College Arun took four different jobs in designing field over a period of 2 years, but none could keep him from reaching his goal. Arun seems to fit into none of these companies because he always had big dreams and none were going to come true if he stayed there. The Passion within him was still alive after all robust storms.

Arun’s zeal for perfection drove him to establish a web design firm what today is known as kenriche. In spite of experiencing life's harshness Arun kept his hope alive and began developing the company to deliver Services and Products beyond perfection.

Want to contribute a  big amount but Cant? : No worries. Even Rs101 / $6 would go a long way in helping Arun get his life back on track.
Know more: DNA India

Arun’s phone number –  +91-9840081120
Email : arun@kenriche.com
Facebook: https://www.facebook.com/lion.whale
Ask for an update
Donated to this campaign via Paytm or bank transfer? Click here if you have not received an email confirmation from Milaap.
Dear Supporters,

Thank you for the wonderful support. The Tempo Traveller alteration has incurred 2 Lakh which is paid by a loan. A new wheelchair has to be made as the old one is having some problems like mechanical design issues, and have to be made stronger to bear my weight. There were few accidents in the past when the rear wheels broke and the good thing is I didn’t fall. The cost to make the new wheelchair would be 3 Lakh.

Kindly keep supporting me. I have become little mobile using the van and wheelchair and I am working on a project which would give some fruits in 6 months I believe.

Share my fundraiser with your friends and relatives as well.

Thank you for the wonderful support.  After a lot of toils, a van and a wheelchair is being provided for me. But there are so many other individuals and children suffering from similar rare diseases who require care and support. I wish I can listen to them and extend my solidarity.

Of late, I have been pushing myself hard and going beyond my boundaries to set up a science-based advocacy research foundation that works to bring lifesaving treatments to children with rare diseases.

This foundation of the support group will focus on educating and activating the parents and children community to ensure they are heard by policymakers in government and by pharma industry developing the treatments. Being a developing nation, India badly needs a research centre to concentrate on the needs of people living with rare diseases. With your support, I strongly believe it is possible.

Thank you!
Thank you people for all your love and support...Every day my wheel chair helps me to explore new horizons. These days I go out all by myself along with Sasha- My Pet and have also started to explore my likings for photography
This is me...the new ME :) Some of my clicks......

Donated to this campaign via Paytm? Click here if you can’t find your donation listed below.
SF
Sarah donated $100
A
Arputhaselvam donated Rs.2,500

Donated to this campaign via Paytm? Click here if you can’t find your donation listed below.
SF
Sarah donated $100
A
Arputhaselvam donated Rs.2,500

A
You are sending a message to
Shalini John
Go back 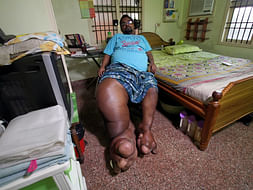 I live with a Rare Genetic Condition. You can help.