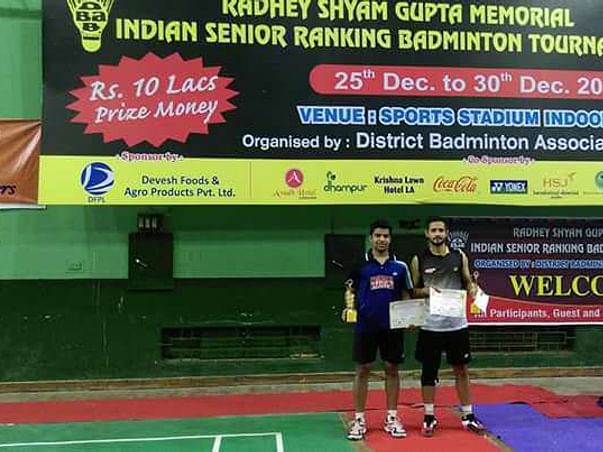 Share
I am Jishnu Sanyal. I am a professional badminton player, doubles specialist. I have represented India at the highest level of tournaments like World Championships and Thomas Cup. I have also been as high as 33 in world rankings before and partnered legendary players like Jwala Gutta. Till 2013 I was doing quite well in achieving my dreams but then had a couple of setbacks. In 2013 my mother got diagnosed with cancer and I had to take a short break from badminton to take care of my mother. During this time I was quite confident of qualifying for Rio 2016. So, in 2014 I returned to the courts only to have a career threatening ACL injury. This completely ended my dream of playing in Rio 2016. But still I started playing in December 2015 after my recovery and the passing away of my mother that year. My current partner Shivam Sharma and I are currently the number 1 doubles pair in the country and ranked 100 (http://bwfbadminton.com/rankings) in the world. We have achieved these rankings in a span of just 10 months as we started playing together in December 2015.
We need to play in at least 12-15 international tournaments in the next 8-10 months to gain the international ranking points we need. When we move up in the world rankings we qualify for major events like Commonwealth Games, Asian Games, World Championships, even Olympics.
For us to be able to do this, we will need at least Rs 10-15 lakhs to help us with our tickets, accommodation and nutrition costs. We have been running from pillar to post trying to get funds that will help us participate in more championships. Participating in championships is the only way we can improve our international rankings.
As you see in Indian sports, nobody cares for you until you win a medal. We have started this campaign to keep our dreams alive. Please support us and be a part our journey to bring home medals for India.
We are confident that we will make the nation proud. Jai Hind!

Jishnu Sanyal seen playing against the reigning Olympic Champions in the video and also seen partnering Jwala Gutta in mixed doubles in the photo..