Support Us in Making India Blind Friendly | Milaap
This is a supporting campaign. Contributions made to this campaign will go towards the main campaign. 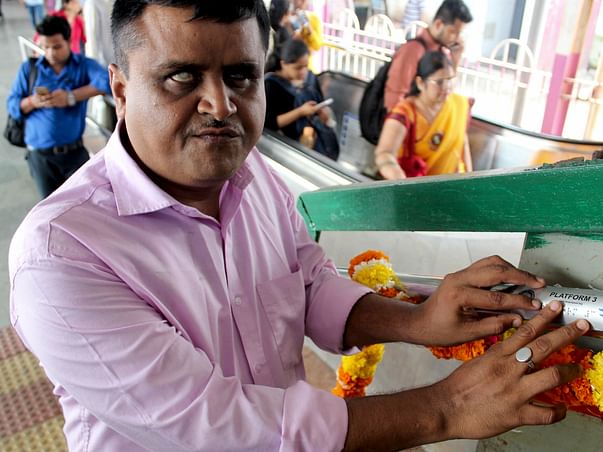 It all began with a fine morning when I received a phone call from one of my blind friend who, in-all-tears, told me that he had missed his train. So the very next day I went to his hostel just to cheer him up when I ended up opening a Pandora box of problems.

My blind friend, who hadn't been to his home town for months, had a train that very night. Since his other visually impaired friend wasn’t there he decided to board the train all by himself (since it was the night time he assumed that the station might be less crowded).
He went ahead and enquired a person nearby for the whereabouts of his platform. He followed as he was directed and waited at the station for quite some time, thinking that his train might be running late. After a few hours of anxious waiting he went up to a person to ask if the train would come or not but to his utter disappointment he got to know that he had missed his train. The person he had trusted earlier had misguided him. It was heartbreaking.

I fidgeted that whole night and till dawn, I decided to approach the Railway Authorities. ‘If the worst comes, they'll just say no’; I reassured myself.
So the very next day I ended up in the DRM’s office and found myself narrating them the entire episode of my friend’s mishap.
And to my absolute surprise, they all loved the idea and were happy to work upon it.

Thus, On November 25th, 2015, India received its first ‘Blind-friendly’ station.
We knew we had made history. And there was no stopping.

That was the day when we started dreaming big of making India, a blind- friendly country. We have successfully achieved three big milestones so far (including KSR majestic and Borivali Mumbai), railway trains and blind schools.

This is one such story that made about a huge change in the perspective of looking at things. There are thousands even millions, of blind people who face a lot of hardships in simple things like boarding the right train. They are misguided, ill communicated and end up meeting fatal accidents.

#BlindfriendlyIndia is a campaign to make all the railway stations accessible. A step for making the visual impaired a little more independent and safe.
Up next is the Cantonment & Baiyapahalli Railway station for which we’ve been raising funds.

If you connect with the cause and believe in the impact which we are struggling to bring in the lives of millions of blind people in our country, you can be a part of our mission.

Funds Raised Will to be Used for The Following:

To view our past projects please feel free to visit http://anuprayaas.org/

UPI: givetoanuprayaas9@yesbankltd (Copy to clipboard)
Or
Click here to read the instructions before you make a bank transfer. 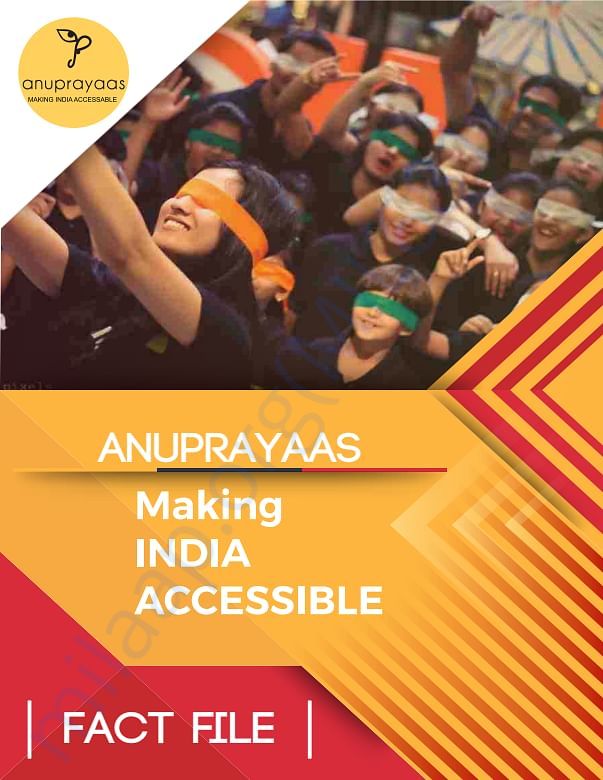 UPI: givetoanuprayaas9@yesbankltd (Copy to clipboard)
Or
Click here to read the instructions before you make a bank transfer.

Thank you for your love. Since we are yet to achieve our target Donations we are extending the date of the campaign. Please keep supporting us.
Donate

MV
You are sending a message to
Mihir Vekaria
Go back 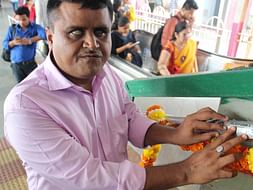