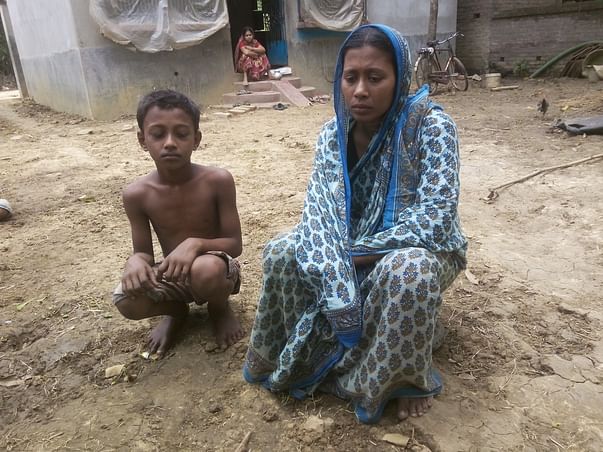 KARNA SUBARNA WELFARE SOCIETY has gained immense and glorious experience in the field of preventing the burning issue of child trafficking in the District of Murshidabad since last few years. We are concentrating on addressing such kind of social vices with our limited resources and endless motivation that is generated from our within, especially in such financial resource restricted situation. KSWS provides Nursing as well as Tailoring Training to trafficking victims especially those who have been rescued from various pockets. The latest instance of our success in identifying, rescuing and rehabilitating victims of Child Marriage has already been documented in the area of Kumarsnada Gram Panchayat under Kandi Block of Murshidabad.
The area:
Our total area of the intervention will be 255 Gram Panchayats coming under 26 Blocks strewn in 5 Subdivisions of Murshidabad which are more or less prone to trafficking due to dominating poor socio-economic condition of the rural communities. Murshidabad comprises population of 1334 per sqkm and their main sources of earnings are agriculture, Migrant labour and bidi rolling. Still there are impediments in availability of financial resources and opportunities for sustainable livelihood. Therefore, Murshidabad is considered as one of the most backward districts of West Bengal.
It is very much evident that main bread earner of impoverished families especially the main male members often found migrated from the district for thriving their lifestyle. They are deserting their women counterparts in the family to look after the offsprings.
Fragile economic condition in the family is also conjured with various gender based issues like considering daughters as family burden after a certain age, engaging them in toilsome domestic work, forcing them to stay out of school, espousing those girls in their early teens, selling them off for the sake of bringing economic stability in the family and more.
In the Murshidabad district adolescent girls (especially those who come under the age group of 12-19 years) are often found living with callow infatuation towards getting more lucrative life beyond their family status and rural background. They are becoming soft targets of the traffickers who keep luring and seducing those girls to satisfy their ulterior motive.
In the last one year, as many as 95, 43 and 157 cases of early marriage, trafficking and gender violence have been respectively recorded in the district of Murshidabad.
Consequently, such kind of brittle and gender based aggressive condition is justifying the identification of our area of intervention.

Reasons for migration to foreign country
Due to financial starvation in Murshidabad district Persons of this district are migrating to foreign countries.
As a result  landless peasant  are in financial starvation , nither they can take loan from bank nor they can do in 100 days work system or cultivation under any landlord for financial solution of the whole year.
Age to go to foreign country
How a person goes to foreign country
The worker willing to go to foreign country generally contracts a broker. Person may have educational qualification or not  but he doesnot know how to travel in foreign country. As per the idea of broker he prepares himself generally by the agreement;
Arrangement for money to go to Foreign Country
Financial loan with high interest
What KARNASUBARNA WELFARE SOCIETY can do
A)  Awareness Camp on the basis of migrant labour and VISA related document etc.
B) Arrangement to return dead bodies from Gulf country to their family
C) Leadership Training / empowerment training and free education for neglected family.
To maintain a good relation within the family and the problems related to, Leaving School Study, Early marriage of girls,  Family Problems and any problem related to accidental death in foreign country. In case of family problem LOK ADALOT ( DLSA), WPEO or in Administrative level KWSS can contract to solve the problem
Location of Awareness camp
Gram Panchayet, School, Mosjid Committee, Local Club, along with Block Administration or Zilla Administration
Persons can be linked with Awareness camp
Local male or female persons, Asha Karmi, Anganbari employees, school or college teachers, Panchayet members
To rescue dead body from foreign country
In connection with High Commission KWSS can arrange to rescue dead body from foreign country following official procedure
KWS  ARRANGED AND RESCUED DEADBODIES FROM FOREIGN COUNTRY
DETAILS ARE AS FOLLOWS:
Prior ignorance before travel to Foreign Country
What is benefit to go to foreign country?
Income in foreign country is 15000 to 20000 in INR (Indian currency) but in Murshidabad district income was 3/4000 rs per month- so
Due to long travel persons are facing problems
Family is facing what type of problem.