I am fundraising to help build leaders for Climate Change | Milaap
Milaap will not charge any fee on your donation to this campaign.

I am fundraising to help build leaders for Climate Change 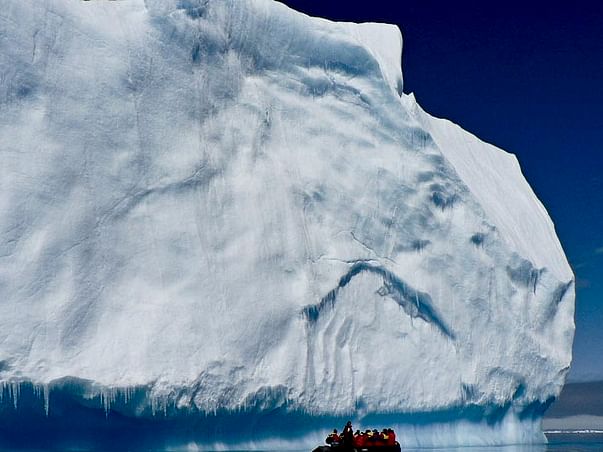 Climate Change
The Earth's climate has changed throughout history. Just in the last 650,000 years there have been seven cycles of glacial advance and retreat, with the abrupt end of the last ice age about 7,000 years ago marking the beginning of the modern climate era and of human civilization. Most of these climate changes are attributed to very small variations in Earth's orbit that change the amount of solar energy our planet receives. The current warming trend is of particular significance because most of it is very likely human-induced and proceeding at a rate that is unprecedented in the past 1,300 years.
The evidence for rapid climate change is compelling with clear evidence of Sea level rise, Global temperature rise, Warming oceans, Shrinking ice sheets, Glacial retreat and extreme events. From the tropics to the arctic, climate and weather have powerful direct and indirect impacts on human life. Weather extremes such as heavy rains, floods, and disasters like Hurricane Katrina that devastated New Orleans, USA in August 2005 endanger health as well as destroy property and livelihoods. Approximately 6,00,000 deaths have occurred worldwide as a result of weather-related natural disasters in the 1990s, some 95% of which took place in developing countries.
The answer is mitigation by reducing emissions and adapting to the climate change that has already happened. Both the mitigation and adaptation requires energy innovation.
Barefoot College
Barefoot College is a non-governmental organization that has been providing basic services and solutions to problems in rural communities for more than 40 years, with the objective of making them self-sufficient and sustainable. These Barefoot solutions can be broadly categorized into the delivery of Solar Electrification, Clean Water, Education, Livelihood Development, and Activism. Barefoot College’s geographic focus is on the Least Developed Countries (LDCs), with a strong belief in Empowering Women as agents of sustainable change.
Solar Electrification Initiative
Barefoot College believes and has demonstrated that people living in rural and impoverished areas do not need formal educational qualifications in order to acquire skills that can be of service to their community. As a result, villages that are inaccessible, remote and non-electrified are considered for solar electrification. Barefoot College holds two training classes per year with an enrollment of 120 solar engineers from India and other countries of the world. During their six months of school at the campus in Tilonia, the grandmothers experience an amazing personal transformation as they prepare to install, repair and maintain solar lighting units. The grandmothers realize their ability to learn complex concepts, which builds their self-confidence and fuels their potential to be valuable sources of positive change in their villages. Upon returning to their villages, the grandmothers start solar electrifying each house and bring renewed hope and inspiration to the village.
Since 2008, the grandmothers have managed to provide electricity to more than 40,000 households, bringing light to more than 450,000 individuals in 1,015 villages. In addition, communities have seized the opportunity to provide electricity to numerous public facilities, including schools, hospitals, local administration offices, religious buildings and community centers. Most importantly, the projects have managed to reduce CO2 emissions, slow the negative impacts of deforestation and decrease air pollution from burning firewood and kerosene.
What will I gain from this expedition?
Barefoot College has already proved that women from rural communities can be the catalysts of change for every form of development in their communities. A year ago, I decided to move to the development Sector after 12 years in the corporate world. I believe that these Solar Grandmothers can be environmental stewards for their communities and their countries and they can engage and lead initiatives for mitigation and adaptation of Climate Change. This expedition is an opportunity for me both in terms of learning to be a leader and living my dream of going to the Antarctic. The expedition will give me the exposure to learn and then create ways of adding environmental stewardship to the repetoire of the Solar Grandmothers. Barefoot College's Solar Electrification initiative is now in 76 countries of the world encompasing almost the entire list of Least Developed Countries. I hope to take information and create engagement and action through the zealous energy of the Solar Grandmothers to all these countries.
This will be the perfect opportunity for me to experience the "last wilderness" and learn to be a leader in the space of Climate Change.

2041 brings together teams of present and future leaders who want to take responsibility to build resilient communities and seek innovative techniques for both defining community and bring them together in order to bring sustainable shifts in values. Using the pressing and urgent example of Antarctica to catalyze discussion and encourage deeper questioning in developing agendas around sustainability. It focuses on today’s issues of climate change, energy use and how they affect us globally. Simultaneously, the 2041 expeditions are committed to making sure the young Social Entrepreneurs of today are equipped and supported to become the leaders of tomorrow.

Rob Swan is an explorer, environmentalist, sustainability catalyst and inspiration for young social entrepreneurs dedicated to innovating in the environmental and sustainability space. He is the founder of 2041, a company which is dedicated to the preservation of the Antarctic and the author with Gil Reavill of Antarctica 2041: My Quest to Save the Earth's Last Wilderness.

Rob’s dedication and urgency to raise awareness for the fast approaching expiration of the Madrid Protocol, which has essentially protected Antarctica from mining and exploration, is a powerful motivation in all his endeavors. His life has been dedicated to preserving the last great wildernesses on earth.

After 23 years of sustainable leadership and teamwork experience, Swan led the first corporate expedition to Antarctica in 2003. The expedition members witnessed firsthand the effects of climate change in Antarctica.

They were tasked by Swan to become leaders in sustainability upon their return home. Between the 2003 – 2007 expeditions, Swan's dream of building the E-base became a reality. This unique one of its kind connectivity hub in the most remote location on our planet, powered by renewable energy is an example of how the impossible is made possible when innovation, entrepreneurism and a commitment to the vision of a sustainable future come together. Each successive year's expedition members helped plan, build, and promote the E-base—the world's first education station in Antarctica to be used as a resource for teachers and young people from around the world.

I am one of the people chosen to participate in the Antarctic Expedition in March 2016. I have been part of the Barefoot Family this past year leading efforts on creating a culture of continuous improvement by establishing robust practices of measuring and evaluating impact. As Barefoot College grows, my work is focused on establishing process, standardization and transparency in the Women’s Barefoot Solar Engineers Initiative so more women can be empowered and through them their families and communities.

I am committed to sustainable enterprise and empowerment of women. I believe that women need to be at the forefront of development including leading discussions and efforts on climate change in the developing world.

I believe that robust leadership comes from having deep personal experience, limitless passion and an ability to learn and unlearn. I have had the opportunity to interact closely with rural communities and see their immense potential for not only living sustainably but being able to lead movements on Climate Change and sustainable living.

The Antarctic Expedition is an opportunity for me to experience the last great wilderness on Earth with Rob Swann and the team of 2041. The purpose for this Expedition is to engage and inspire the next generation of leaders to take responsibility to build resilient communities. I aspire to be a leader who will inspire others to understand, engage and commit to initiatives on climate change.

I am looking for Sponsorship that will cover the cost of my participation in the 2016, 2041 Expedition. Total Cost $15,000 (expedition and travel cost).

This donation can be made in India or can be made tax deductible through a US based 501c3 or through all EU and UK Charity regulations with Friends of Barefoot College.

Deliverables: What you gain by supporting Barefoot College & 2041

• Flag Flying with Logo and Photo opportunities for any corporate sponsor

• Blog live from the Expedition

• Exclusivity of press and images for the sponsoring organization

“The future depends on what we do in the present.” - Mahatma Gandhi

Facebook
Report fundraiser
See how thousands are crowdfunding for their causes on Milaap
Rs.96,985 raised

Gloria - Wish you all the best for this once in a life time journey! Come back with awesome stories and inspire us, as always :)

Gloria - Wish you all the best for this once in a life time journey! Come back with awesome stories and inspire us, as always :)

You are sending a message to
Gloria
Go back 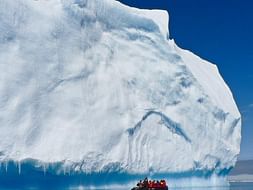 I am fundraising to help build leaders for Climate Change