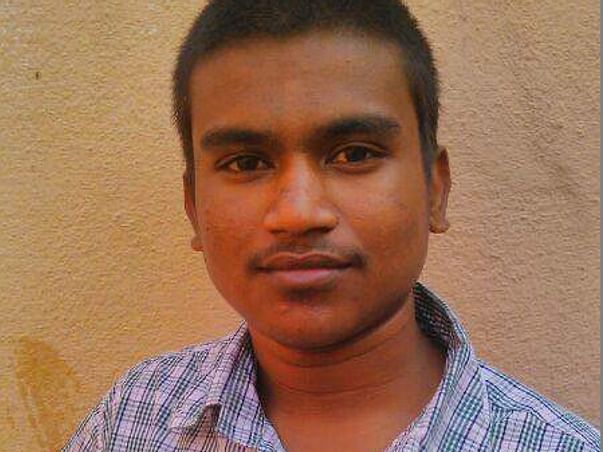 “I wanted to finish my B.Com and find a good job. I’m in so much pain every single day that I cannot fulfill any of my dreams or help my family.”
24-year-old Puneeth was enjoying his new-found adulthood like his friends at college when he discovered it might not last. He was diagnosed with cancer in 2011, and ever since, Puneeth has been fighting hard to stay alive especially because he cannot afford the treatment expenses. Now the cancer has metastasized, and Puneeth is in dire need of help to evade death.
2011, It was a normal day at college for Puneeth. He was pursuing his B.Com and looking forward to an evening of chitchat with friends. He just went to relieve himself when he spotted blood in his urine. Although he was worried, Puneeth shrugged it off hoping it was something he ate. Within a few hours, he had searing pain in the side of his stomach and his back felt like it was on fire. With intolerable pain, he reached the hospital where a doctor sent him in for a scan. Puneeth got the worst news of his life that day. He was diagnosed with Metastatic Paraganglia cancer, and the tumor was weighing on his kidney.
Without any time to waste, he was admitted to the hospital and the tumor was excised.  Puneeth could not afford the cost of follow-up treatment at the time. His father, Mr. Nanjeygowda had passed away. His younger sister Kokila was still studying, and his mother Nagamma was the only earning member in the family. She worked in a garment factory every day for Rs. 7,000 a month to feed three mouths and take care of the household expenses. “I thought I could make-do on pain meds, and the doctor helped me to stay on affordable treatment as much as possible.”
In 2013, when the cancer symptoms showed up again, Puneeth went back for chemotherapy. “The pain is all I can remember. Sometimes it would get so bad that I can’t even get off the bed.  I would not be able to walk. I’d limp around with crutches. Doctor recommended a special therapy, but I could not afford it.”
Over time, Puneeth began working as an Auditor’s assistant for Rs. 4,000 so he would be distracted from the chronic pain, and also earn a living or a few thousand for his medical expenses. He was yet to complete his final year of B.Com and couldn’t take the exams because of the constant duress he was under after the initial surgery.
In 2016, the pain won the battle. Upon further examination, doctors told Puneeth that cancer had metastasized to his liver, sacrum, head, and a few other areas. His only hope right now was Potomac Radiation Therapy that would help in treating the unresectable tumors. Since the cost of the therapy is too high, Puneeth is requesting help from generous donors like you to help him stay alive.
Puneeth hopes to complete his B.Com this year. He has been studying hard and working harder. The people around him have been of great support during these terrible times, but they are of similar financial background. He has nobody to turn to at the moment, and his family appeals to you save his life.
Contribute and save Puneeth.