Mani charan a boy aged 5 years suffering from 'LARYNGEAL WEB', He was admitted in Kanchi Kamakoti Children trust hospital in Chennai with stridor (a harsh vibrating noise when breathing, caused by obstruction of the windpipe or larynx) which worsened and he had to get intubated and ventilated. However, he couldn't be separated from the ventilator. He underwent tracheostomy and was discharged home with the tracheostomy and on NG tube feeds.

Now he needs an airway to repair his 'LARYNGEAL web and closure of the tracheostomy. The estimated total cost of the surgery and hospitalization is Rs. 300000 . He is expected to stay in the hospital for at least 2weeks. Mani charan is expected to have a good outcome after his surgery and resume a normal childhood. Doctors and hospitals management are planning to do surgery on 4th July 2016. Because of his father is a daily labourer, he is unable to collect funds. Request your contribution to save his life. 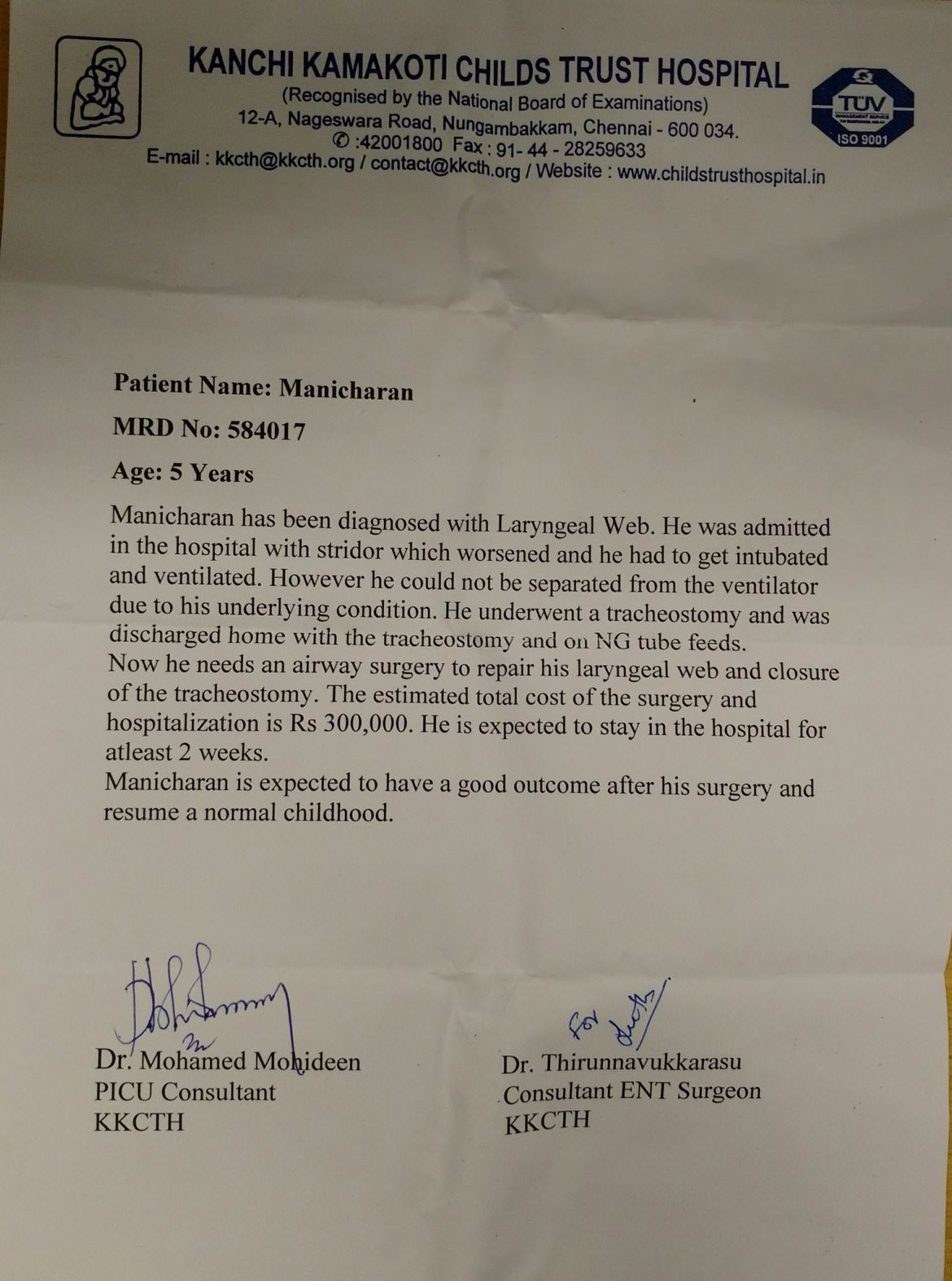