Make Rainbow Week 2019 Happen | Milaap
Milaap will not charge any fee on your donation to this campaign. 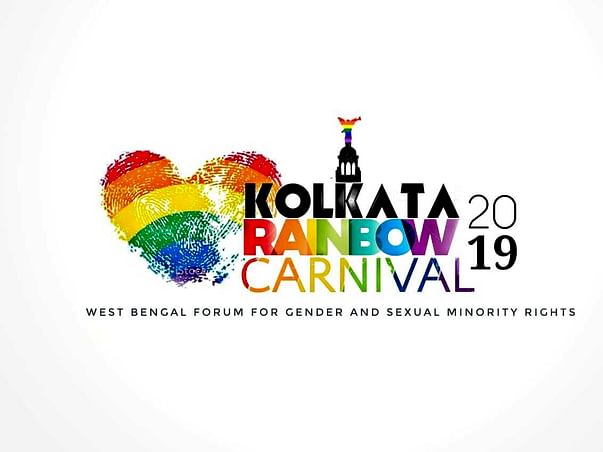 The Kolkata Rainbow Carnival is a creative and celebratory space for queer people and our allies to come together and revel in the diversity of an inclusive vision of society. This is important because queer people are often excluded or made to feel uncomfortable in mainstream social activities and spaces. We seek to showcase the individual and collective skills and talents of members of the gender and sexual minority (GSM) communities and share these with everyone in a joyful atmosphere in the city of Kolkata. We welcome people of all backgrounds to celebrate the recent reading down of Section 377 with us and invest in the progressive ideals expressed through the judgement, in which former Chief Justice of India Dipak Misra said: “We have to foster tolerance and peaceful coexistence, and we have to respect them for who they are and not ask them to be who they aren’t.” This year we are making a special effort to extend the hand of friendship to our disabled peers, and implementing various measures to ensure that everybody, regardless of gender, sexuality, caste, socioeconomic status, religion, eating habit, ability, or any other individuality, is fully included within our rainbow festivities.

This year Kolkata Rainbow Carnival is organized by West Bengal Forum for Gender and Sexual Minority Rights which is an informal collective of queer individuals, organizations (NGOs), allies, and other informal collectives/ networks working not only on the rights of GSM communities but also bring in inter sectional approach to their participation. The Carnival will be held at Shyam Square Park, located at Shyambazar in North Kolkata on January 13, 2019. There will be 40+ stalls, various cultural events, games and other exciting opportunities for enjoyment and participation. We are committed to providing a platform to trans*, queer, and other nonbinary/ nonconforming folks who are usually excluded from the regular metropolitan circle. And so we invite you to be part of Kolkata Rainbow Carnival, 2019 and spend a day with us, knowing us, being aware of various cultural gender identities that have been existing in Bengal and other parts of India for centuries!
#kolkatarainbowcarnival2018
What are we fundraising for?

This year, along with Kolkata Rainbow Carnival, a series of events based around the needs and interests of the GSM communities in West Bengal are now being planned. Kolkata Queer Lit Fest (On January 6, 2019), a session on various nuances of gender and sexuality (January 7, 2019), an event on the history of the queer movement in West Bengal (January 12, 2019), parents and family meet (January 12, 2019) to name a few. All these events are now being organized under the banner of Kolkata Rainbow Week, which is a collectivist approach of various NGOs, individuals, allies, and informal forums/ networks. West Bengal Forum for Gender and Sexual Minority Rights is also raising fund for the Kolkata Rainbow Pride Walk which is now planned to hold on December 30, 2018. Funds being raised will now go to Kolkata Rainbow Pride Walk, Kolkata Rainbow Carnival, Kolkata Queer Lit Fest, and other events under the banner of Kolkata Rainbow Week, 2019.
#rainbowcarnival2018sports&games
Previous Success

In 2018 Kolkata Rainbow Carnival was revived after a gap of almost three years. The focus was on celebrating and showcasing various practices and capacities of queer people and creating an inclusive place by providing a platform for all, irrespective of their caste, class, and racial identities. It also resonated a collective protest against the recently scrapped Section 377 and the proposed Transgender Bill which were prevalent threats for the existence of queer people across India. Various exciting cultural events, sports and art-exhibitions were also organised to make the carnival more productive and enjoyable. There were 28 individual stalls which offered an array of creative collections and products. Over the day, almost 4000 people turned up in the carnival ground to make it successful and be a part of the collective cause. A true sense of belonging was fostered by this collective venture.
#rainbowcarnival2018crafts

Formed in the year 2017, West Bengal Forum for Gender and Sexual Minority Rights (WBFGSMR) provides a community-funded; all-volunteer; inclusive to different political, organizational, religious or other ideologies/ affiliation; democratic; and enabling space for discussion, advocacy, campaign and other need-based events focusing on, but not limited to, the rights of gender and sexual minority (GSM) communities and seeks to situate these discussions within a broader human rights framework. Although the scope of tentative substantial works of this Forum is limited to the GSM communities residing in the Indian state of West Bengal; the members of this Forum are encouraged to bring an inter sectional approach to their participation in the same - taking into account different other provincial, national or global perspectives of gender and sexual minority rights; linguistic accessibility; linkages with other social justice movements; and meaningful engagement across all religions and cultures in West Bengal and elsewhere.
If you want to be part of the pan-Bengal email group which we moderate, send an email to wbfgsmr@gmail.com
#nomorecriminal
Photo Credit : Nilanjan Majumdar, Maria Koel, Prosenjit Pal, "Varta" Webzine
Video Credit : Abhijit Mallick

Ask for an update
As you all know, the Rainbow Carnival has already successfully happened on date 13.02.2019 at Shyam Park, Shyambajar. We cordially thank all of you for your support.
Donate

Scan & donate with any app
check_circle_outline Download payment receipt
Report fundraiser
See how thousands are crowdfunding for their causes on Milaap
Rs.84,368 raised

sumedha... perseverance is an admirable quality

sumedha... perseverance is an admirable quality

AB
You are sending a message to
Anjishnu Banerjee
Go back 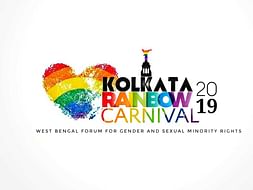