9-Year-Old Tried To Run Away From The Hospital To Escape Cancer | Milaap
This is a supporting campaign. Contributions made to this campaign will go towards the main campaign. 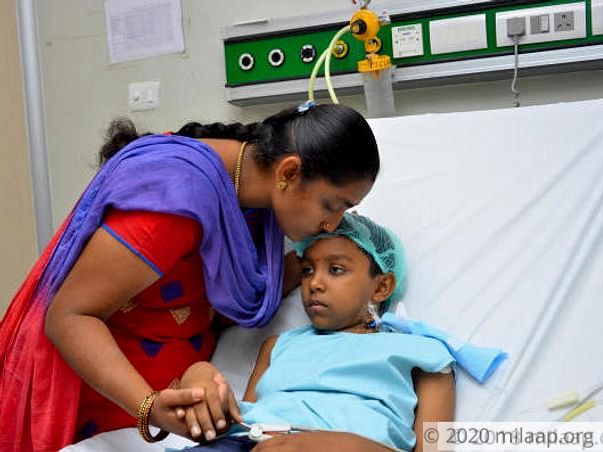 UPI: rzpy.givetomlplokesh00010@hdfcbank (Copy to clipboard)
Or
Click here to read the instructions before you make a bank transfer. 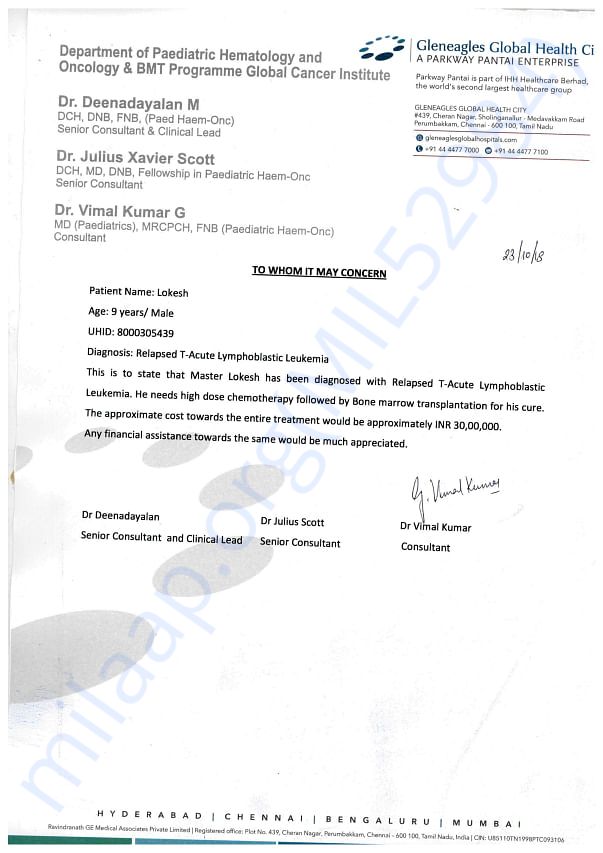 UPI: rzpy.givetomlplokesh00010@hdfcbank (Copy to clipboard)
Or
Click here to read the instructions before you make a bank transfer.

Lokesh had progressive disease despite chemotherapy. He is currently on further chemotherapy to make him eligible to undergo Bone Marrow Transplant. Post chemotherapy, doctors will decide further course of treatment.

Here's an quick update on Lokesh. Lokesh successfully underwent his pre transplant chemotherapy and got discharged. He is planned to have Bone Marrow Transplant surgery next month. We shall keep you posted. 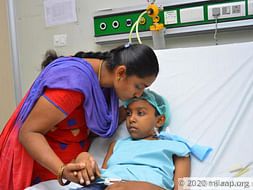