Library: A Initiative For Jharkhand Rural children | Milaap
Milaap will not charge any fee on your donation to this campaign. 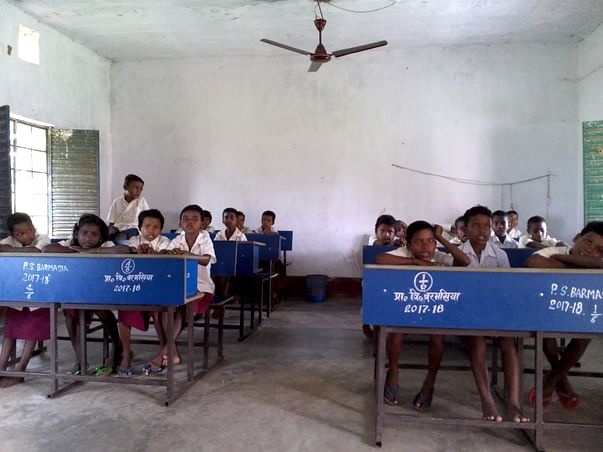 Education is key of success and there is a phrase that say" great wealth make you wealthier but great education make you wealthier as well as smarter". Nowadays education reached its apex position but as far as when we are taking about rural education, its depleting day to day.
For this I intervened in a district name Pakur in jharkhand in a specific block Amarapada and work on the betterment of education. This area situated in lap of chota nagpur plateau and most of population involved in agriculture.I myself Ashwini Rai start an initiative for opening library in respective schools in my block and willing to create an impact on education system in my block and want to increase the intellectual level of children.

In my initial days I found that students involvement in education was low so I decided to open libraries in all schools. I took some book with me and distributed among them and I noticed that they were very curious about learning and that's why my dedication towards library get stronger.


We all know that india is a country of villages and 75% of total population is living in Rural areas. After 71 years of independence the education system in rural areas are not improved yet. Most of students who study in primary and upper primary schools are seeking for quality education in their schools. These schools are facing huge scarcity of funds because of too much red tapism in our education system.

Instead of all this I am willing to open libraries in my block schools in Amarapada( Pakur) in state of jharkhand. There are 113 primary and upper primary schools in this block and most of schools are facing scarcity of fund for library and it's maintenance. During my intervention in these schools I found that students had curiosity about learn new things and they were very curious for library opening in their school. Library create a big impact on their intellectual level and not only increase their knowledge but also generate a habit in daily school for studying in library.


Condition of library in most of schools was replication of this image and facing problems like scarcity of books, decoration, maintenance, . Some of schools have library although it was not functional.

For this initiative I tried my level best that how could I generate fund through government system but it was very disappointed for me because of rigid and conservative process of funds. I also arranged community meeting in schools for fund but they were small farmers and they don't have capacity to provide fund for library establishment or maintenance.


These children is our future and we are creating a injustice world for them when they grown up and find them in a competitive world where they will hardly stand in absence of qualitative education.
Thanks

UPI: rzpy.givetomlpashwinir001@hdfcbank (Copy to clipboard)
Or
Click here to read the instructions before you make a bank transfer.

AR
You are sending a message to
Ashwini Rai
Go back 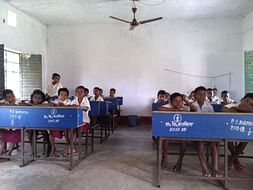