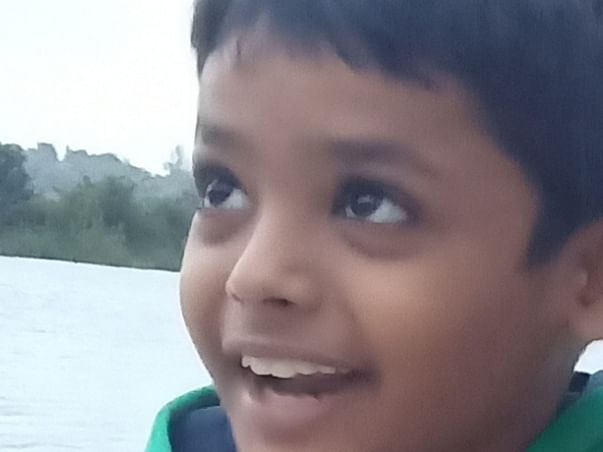 This is with regard to fund raising & support Aakarsh Anand who is fighting from Leukemia since last one & half month. Aakarsh is a nine year old kid who was diagnosed with Leukemia on 20th November and since then his treatment is going on in Surya Mother & Child care hospital Wakad, Pune.

He has gone through first line of treatment(chemotherapy) for more than a month and had faced lots of complications as side effects of it. This treatment has not helped him much and Doctors have suggested alternative treatment MAB (Immunotherapy) & Bone Marrow transplant which is a costly treatment.

Treatment so far has costed around 1 million INR which his father (my brother in law) has managed with help of insurance & his savings. His options are almost exhausted.
MAB(Immunotherapy) is a costly treatment as vaccines for it have to be procured from US & Bone Marrow would also be a must required treatment further.

Doctors have informed us about the provisional cost of both the treatment which would be around 5 millions INR and additional Hospital charges.

For this treatment Doctors would decide the plan in 2 weeks  as Aakarsh needs to be immune & have strength to go through this treatment.

To go with this treatment, we might need to raise 3 million INR as support from you all. So far we have already raised around 1 million which is enough for us to keep his treatment going on.  We as family are also extending best possible support to our brother in law  to fight with this odd.

We would update the situations here about how much additional funds we might need further for the same.

Accordingly I would request for your support further when required.

Thanks for understanding this through & extending your support.
Regards,
Nirmal