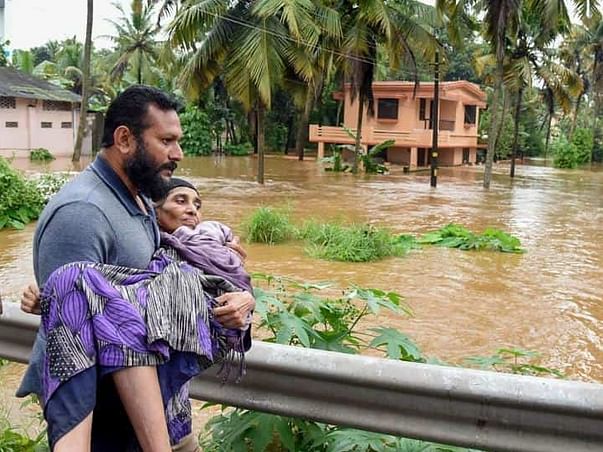 Kerala is facing its worst flood in 100 years. 80 dams opened, 324 lives lost and 223139 people are in about 1500+ relief camps. Your help can rebuild the lives of the affected.All the amount collected will be transferred to Kerala CM distress fund

Pressure intensified on Saturday to save thousands still trapped by devastating floods that have killed more than 300 in the Indian state of Kerala, triggering landslides and sending torrents sweeping through villages in the region’s worst inundation crisis in a century.

Authorities warned of more torrential rain and strong winds over the weekend, as hundreds of troops and local fishermen staged desperate rescue attempts in helicopters and boats across the southern state.
Kerala, popular among international tourists for its tropical hills and beaches, has been battered by record monsoon rainfall this year.
The state is “facing the worst floods in 100 years”, chief minister Pinarayi Vijayan said on Twitter, adding that at least 324 lives have been lost so far.
Roads are damaged, mobile phone networks are down, an international airport has been closed and more than 220,000 people have been left homeless after unusually heavy rain in the past nine days.

Casualty numbers are expected to increase further, with thousands more people still stranded. Many have died from being buried in hundreds of landslides set off by the flooding.
Kerala mapVijayan said the state was experiencing an “extremely grave” crisis, with the highest flood warning in place in 12 of its 14 regions.
“We’re witnessing something that has never happened before in the history of Kerala,” he told reporters.
The Indian prime minister, Narendra Modi, was on his way to Kerala last night “to take stock of the flood situation in the state”, he said.
Famed for its tea plantations, beaches and tranquil backwaters, Kerala is frequently saturated during the annual monsoon. But this year’s deluge has swamped at least 20,000 homes and forced people into more than 1,500 relief camps.