24 Hours Is The Deadline To Save This 14-year-old From Dying | Milaap
This is a supporting campaign. Contributions made to this campaign will go towards the main campaign.
Milaap will not charge any fee on your donation to this campaign. 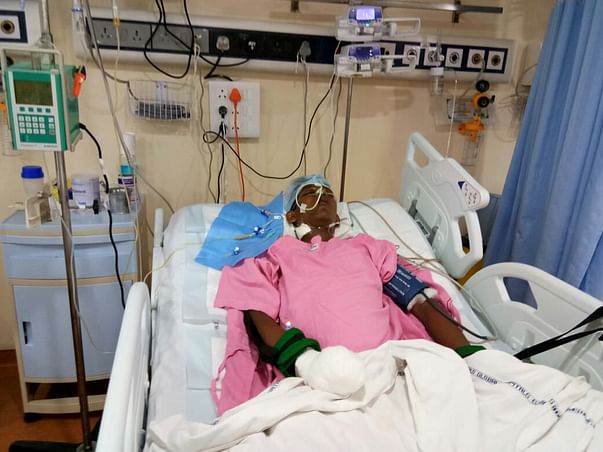 “I did not even know my son was sick. If I did, we could have treated him much earlier, before it came to this. Now, the doctor has told us that he has just 2 days left. If he does not get a new liver in this time, then we should prepare ourselves to lose him.”
14-year-old Naveen loves going to school and is an avid cyclist. Unfortunately, he has been in the ICU since yesterday evening (11th September 2017), unconscious, in a critical condition from liver failure. He needs a liver transplant in 48 hours to live out the rest of his life.

He wanted to be a policeman, and now it looks like he may not even have a future

Naveen wants to be a policeman. The child who used to dream once upon a time, got serious about his future when he realized that a lot of people needed help. Just when he began planning for his life, Naveen fell sick. He had jaundice, and the medicines from a local doctor did not help.
“It happened last year. Naveen used to fall sick quite a lot, but there was always an explanation from doctors in our village, and we thought it was something simple. His stomach and legs began to bloat. I got so scared and took him to the hospital. It took so many tests and finally, we heard that Naveen has chronic liver disease.”

Naveen’s father was puzzled. To him, only people who drink get liver disease. The doctor explained Naveen’s sickness and how his young body was probably suffering for years without knowing. The only treatment is a liver transplant. At the time, the family was anxious about affordability.
“For one year, we have been running around for funds. CM and PM funds did not come through. We have pleaded with celebrities and even friends. Nobody came forward to help saying that Rs. 20 lakhs is a huge amount. They did not even lend us a single rupee.”

One year lost, and 2 days left on the clock

Naveen’s condition has deteriorated during this time. He had to be admitted to this ICU earlier this month. His doctor has urged the parents to rush him into surgery, but they are still worried about paying the bills for the transplant.
“We lost a year’s time, and now my son is in the hospital, critical with just 2 days left on the clock to do the transplant. If we do not consent to this surgery now, we will lose him forever.”

Venkateshwara Rao has spent Rs. 4.4 lakhs towards the treatment and does not have a single rupee left. He has been begging for Rs. 10 and Rs. 20, from everyone he knows to save his son. The surgery is estimated to cost Rs. 20.2 Lakhs. Naveen’s dreams are fading away with their hope to save him.
Help this family save their son in 48 hours. Your contribution can save Naveen’s life. 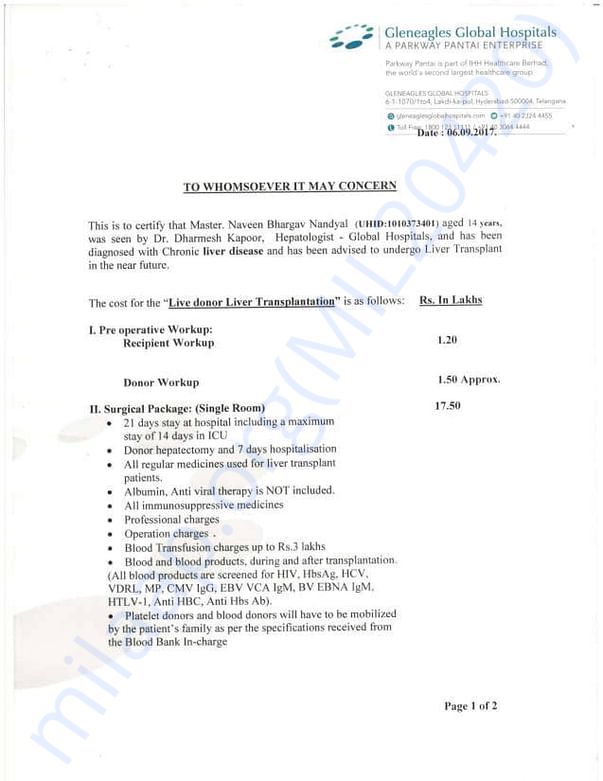 Ask for an update
Hi All,
Master Naveen is doing good after the surgery and is now getting prepared for discharge. He will be discharged within a day or two.

Initially he will have to come for weekly check-ups to the hospital. Depending on his progress, the doctors will see the time of further check-ups.

His mother, who has the donor for the transplant is also doing well and was discharged a week after the surgery.


Thank you all for the support.

Thanks to the Supporters, Master Naveen Bhargav had a timely and successful liver transplant with his mother being the donor. He is recovering and now ready to be shifted to the ward.

Thanks once again.
Jayalaxmi
Dear all,

Master Naveen Bhargav is doing well after the transplant and is under continuous monitoring. His mother, who was the liver donor is also doing good. Thanks to all the supporters.

d
You are sending a message to
decwell.06
Go back 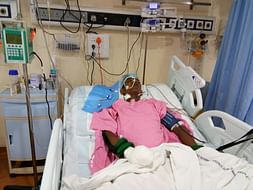