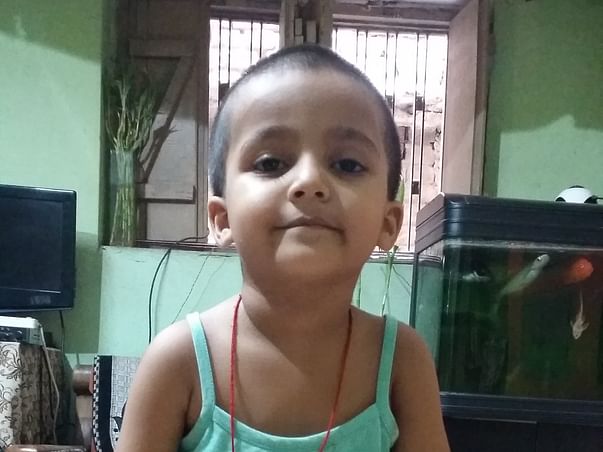 My name is VRISHEN KUMAR and I am raising funds for my cousin KASHWIKA KUMARI.
She s a student at L.K.G. 4 years before his father death. He was a school bus driver. Than all responsibility came at his mother. KASHWIKA'S mother is also only a daily wager. She has 2 brothers and 1 sister. A few days ago KASHWIKA'S health suddenly got worse. Than we admitted the hospital. Doctors checked up and says that She has been (LEUKEMIA) BLOOD CANCER. ACUTE LYMPHOBLASTIC LEUKAEMIA.

KASHWIKA is undergoing treatment at RAJIV GANDHI CANCER INSTITUTE RESEARCH CENTRE. She has been suffering from two months. It has been a tough time for her and my family.

In last stage the doctor says that CHEMOTHERAPY AND RADIOTHERAPY is her only hope at getting better and living a normal life. Her treatment will cost approximately 2000000. We are unable to pay for the treatment. The current state of their finances , they can't afford it.

The fund raised will be used toward her