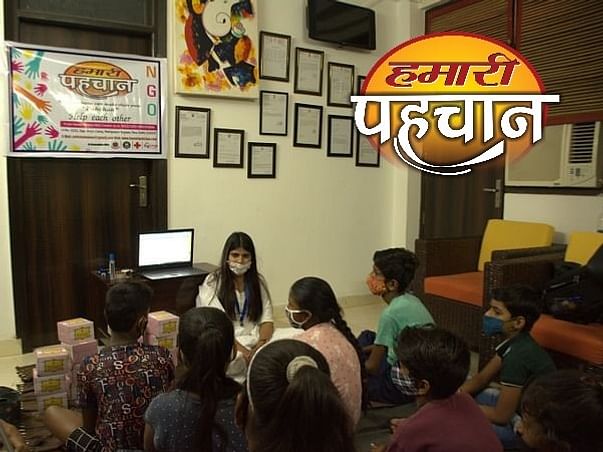 Gaurav Mishra is a 16 years old boy residing in the slums of Mumbai also known as Dharavi. He is currently working with his dad at their shop. He aspires to be a motor mechanic, but due to the lack of resources he is not able to afford his school. Earlier, when he was in 9th standard, he was going to school, but due to the pandemic, his father had to make him quit the school as he was finding it quite difficult to pay his fees and the rent of the shop.
When we had a conversation with Gaurav he told us that, it is just not him but hundred of thousands youngsters like him who are living in the slum are not able to afford schooling. He even told us that if it was not possible for his dad to afford the school fees, then he could get him a tablet or a laptop so that he could study online.
His father told us that it is difficult to even afford a 3 time meal for them. And educating a child comes with a lot of expenses. So he was not able to pay his tuition fee.

We at Humari Pehchan NGO with a task known as "Gadgetshala"are helping such households to make their younger generation educated so that they could become the future of our nation.
We even plan to give them classes for free according to their requirements.  Conducting classes may come with a lot of responsibility and the major task is to provide the students the correct guidance and also the correct resource for studying. There are many people who are offering to provide them education but the problem we might face is to purchase the books and also the resources such as laptops if not for everyone, but for a group of people.
This is only possible with the help of your donations. Donations are something which we are not forcing you to make, but it would be good to remember that in such donations every single penny counts. If we even donate Rupees 100 and this contribution is made by hundreds and thousands of people, then we would be able to uplift the life and the educational qualifications of atleast a dozen of children from such communities.