Help Me Raise Funds For My Husband's Critical Care | Milaap
Milaap will not charge any fee on your donation to this campaign.

Help Me Raise Funds For My Husband's Critical Care 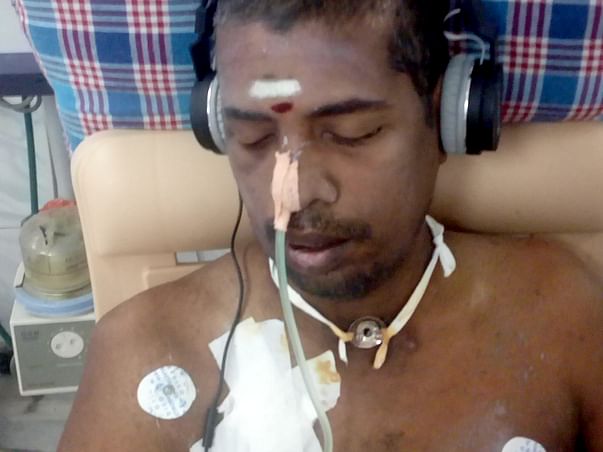 Dear Sir/Madam,
My name is K. Devi W/o. of Shri. T.S.A. Kamalanathan who has admitted in SRM Hospital at Kattankulathur for Head Injury & Gluteus (buttocks) operation.  Shri. Kamalanathan met a road accident on 03/06/2017 at Chinthathripet, Chennai due to un-controlled bike (who was driven the bike with drunk) hit his bike on opposite side and he was felt down on the road and his head got severe damage/injured on back side.
Immediately he was taken to nearby Government Hospital with supporting of public.  He went on unconscious stage and doctors did some operations on his head to remove some blood clots.
Thereafter, he was in hospitalized for more than 2 months under treatment and finally he was discharged from GH on 20th July 2017.  Meantime unfortunately he was affected by blood store due to continuous bed rest.
Then, we were admitted him to Prime Hospital at Arumbakkam, Chennai for blood store operation which was spent by us Rs.2,00,000 lakhs.
Sir/Madam, please note that we are from poor family and my husband is printing machine operator and we are having 2 children’s.  Elder daughter is studying 9th standard & younger son is studying 7th standard.  We are leaving at rental house at Villivakkam, Chennai with my father-in-law (80 years) & mother-in-law (72 years).
Now, doctors are advising me that they have to do 2 more operations to my husband (one is for gluteus & another one is head injuiry) which will come around 5,00,000 lakhs and also I need some amount to run my life for day-to-day activities (i.e. house rent, provisions, medicines, school fees etc.) till the time of my husband recover.  So, I would request you are all to help my husband operations at the earliest. 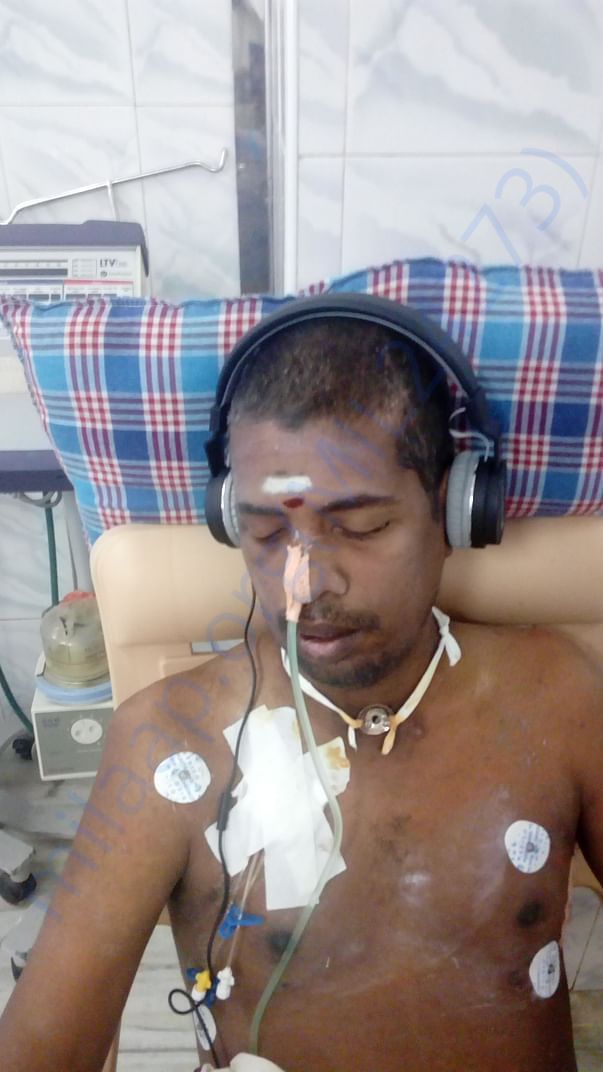 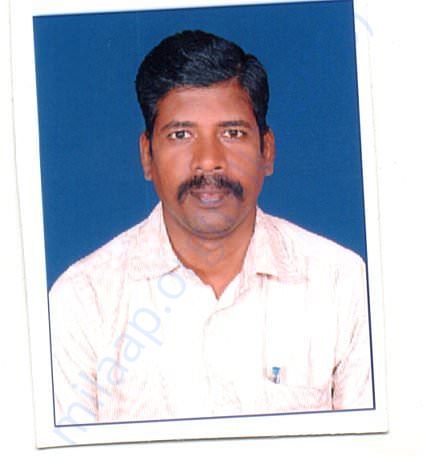 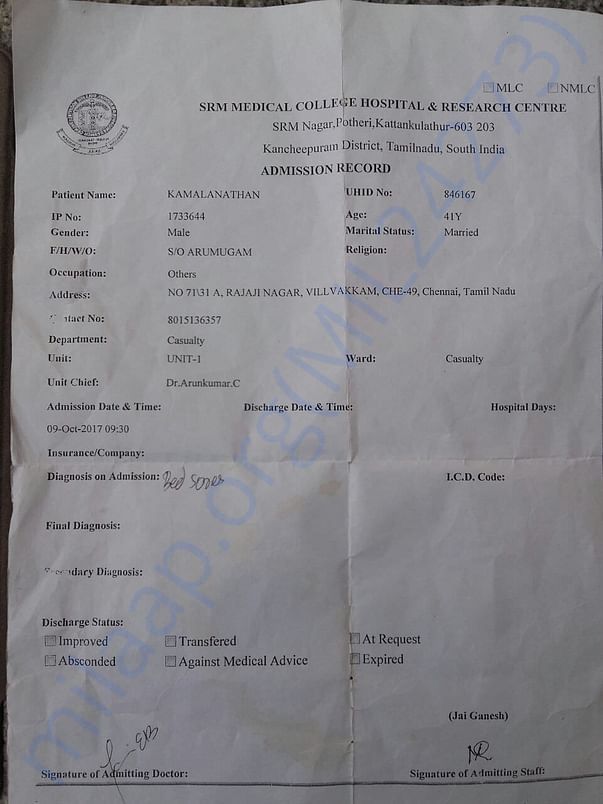 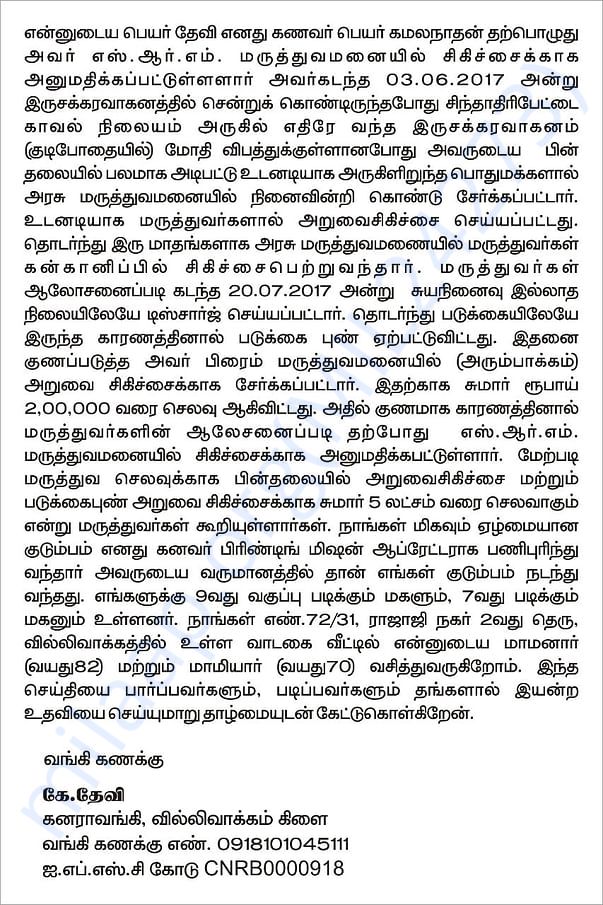 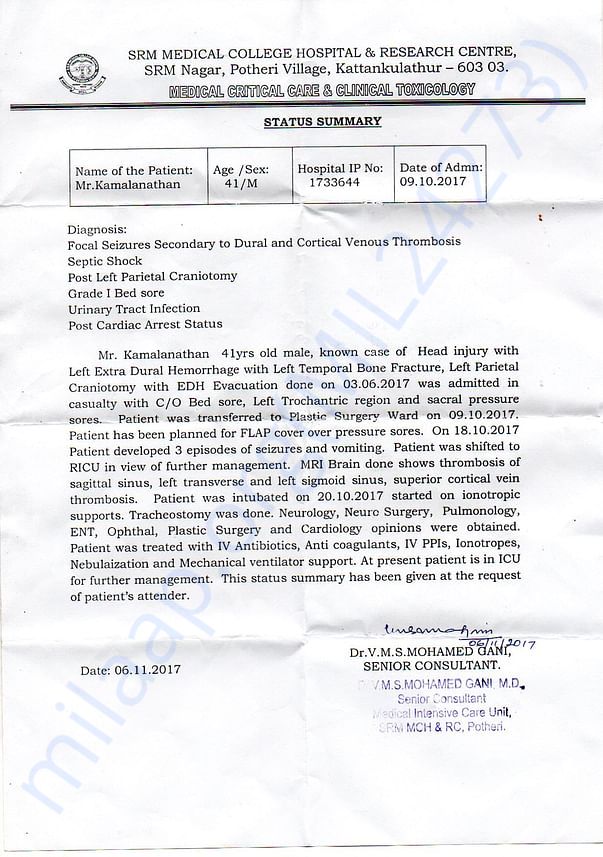 Here is an update on Kamalanathan.

Currently, Kamalanathan is in the hospital and is still unconscious.  He is able to open his eyes for a while and watch the people whose are standing beside him.  However, doctors are planning to do buttocks operation on 24/11/2017 depending upon his protein level in body.

Thank you for your support and love for Kamalanathan. Please pray for his recovery.
Regards
Donate

Scan & donate with any app
check_circle_outline Download payment receipt
Report fundraiser
See how thousands are crowdfunding for their causes on Milaap
Rs.7,700 raised

You are sending a message to
Kamalanathan
Go back 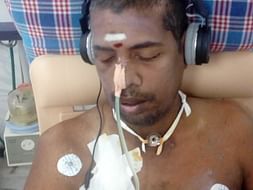 Help Me Raise Funds For My Husband's Critical Care