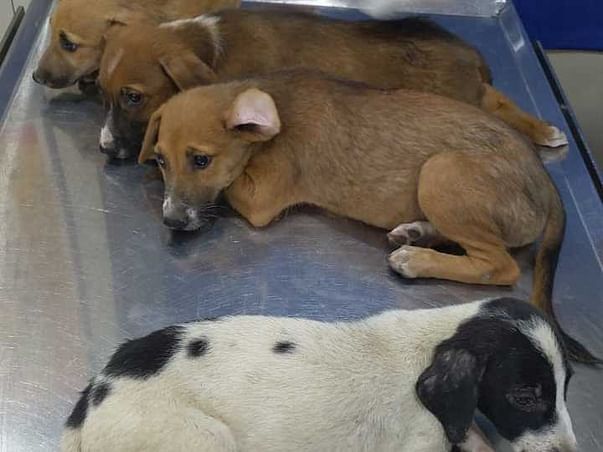 These small innocent lives are fighting battles with parvo . We had lost one child named magic, the most adorable one due to this deadly parvo virus . His siblings are in need of your help and being under treatment for days . Every day is a battle for them .

We need your contribution to save these innocent lives.

They have just been only month old and wants to live a beautiful life which is only possible by your helping hands…
One out of 5 parvo affected pups named BROODIE is sponsored..
But we need your helping hands to save more 7 lives

These are those 4 parvo pups named
ALFA
BITA
GAMA
CHESS

The combined bill of these 4 pups are attached below:


After admitting these pups we got to know about two 3 months old puppies who had skin issues which turned out to be a severe skin disease called MANGE.

This is the bill of KIWI and the same bill stands for FIVI
..
After this case we rescued a 13+ year old dog who had 5 maggot wounds all over his body and was in very terrible condition..
.
.

He was named SCOOBY and he was also admitted in the pets and vets hospital..
​

Donate
0%
Be the first one to donate
Need Rs.45,000
Card, Netbanking, Cheque pickups
Or Donate using