Help Us with our Film- Jenny | Milaap
Milaap will not charge any fee on your donation to this campaign.

Help Us with our Film- Jenny 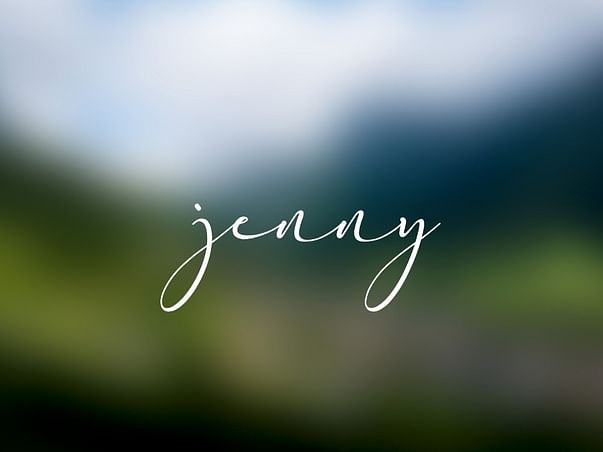 WELCOME TO JENNY (SHORT FILM)- CROWDFUND!
We are a team of filmmakers who are making a silent, musical, romantic short film. Yes, a Silent-musical!
The story revolves around Jenny- a hearing impaired barista and her attempt to communicate and emote with a visually impaired man.
The film has a new take on the genre and talks about the purest emotion- love. Is she able to overcome her disabilities and communicate with him?
WHO ARE WE?
We are young filmmakers from different backgrounds who came together for the love of film. We have worked together on a number of film sets. And this time, we have teamed up in our mutual love of the story we are going to tell.

Written and Directed by- VAIBHAV MAHADEV
Vaibhav is an aspiring film director who has 5 short films under his belt. He studied film direction and screenwriting in Prague Film School, Czech Republic. As his last film is nearing completion he is already keen on bringing Jenny to life.
Previous work: https://www.youtube.com/watch?v=6nuwU8fGGGE

Music Director- JOEL SAKKARI
Joel Sakkari who is a music composer and a trained audio professional with over 7 years of experience in music production and audio engineering.
Previous work: https://www.youtube.com/watch?v=vruWyx6CjkA
Website: http://www.thesaccharide.com/

Executive Producer- SURAAG SAGAR
Suraag is a Bangalore based film-maker who is currently working as creative head for Loop Entertainment. He is also a graduate from Prague Film School and has good experience working in European and Kannada Film industries.

A.D- NAGBUSHAN DESHPANDEY
Nag is an aspiring film director who also studied film direction in Prague Film School along with Vaibhav. The 2 have worked together a number of times as Director-AD (and vice versa) combination building a strong rapport between each other.

WHY DO WE NEED YOUR SUPPORT?
A short film is just another medium of storytelling just like Feature Films and TV series. To make a professional film is not easy as it seems. From the pages of the screenplay to the flickering lights on the screens, the films we make evolve through a long journey of casting, rehearsal, blocking, set design, lighting, costumes, locations, make-up, etc.
This project is close to us and we wish to bring the emotions of this physically challenged girl- Jenny through this cinematic medium to life. We need your whole hearted support to proceed forward with this project.

WHERE DOES THE MONEY GO?
Our Milaap target is 1,50,000 INR. The funds we raise for this film will go towards the practical aspects of producing this film. This Includes:


RISKS AND CHALLENGES
We our aware that we will experiences number of challenges and technicalities during the production.  Shooting choreographed dance sequences in a working café and making sure the story is told properly is a tough job! With proper rehearsals, planning and practice no goal is too big.
At the end of the day, the crew is what holds any production together. We all have each others backs, we're all experienced in handling stress, budgets, time crunches. And most of all - we have experience working together! And we're ready to take on the challenge of bringing this project to life.
PROJECT STATUS
The script is ready. We are well into the pre-production phase of this film. Casting and Locations have to be confirmed. Shoot starts January 2019.

Thank you all for the wonderful support you have given us.

We are starting the production soon. The shooting will be taking place for 3 nights. Thank you for having faith in me, this helped me a lot to continue.

Thank you for the wonderful support. The campaign has ended and the pre-production phase has started. We will be going into production in February. The funds will be used for processing.

Thank you!
Donate
OR

Scan & donate with any app
check_circle_outline Download payment receipt
Report fundraiser
See how thousands are crowdfunding for their causes on Milaap
Rs.15,530 raised

Donated to this campaign via Bank transfer/QR Code? Click here if you can’t find your donation listed below.
A
Anonymous donated Rs.20
D
Devopam donated $50

All the best bro! Sorry for the meager amount, being a student you know how limited our means are. Once I get a full time job, I'll be able to donate more. Wishing your film and career a great success!

Good luck with the film!

All the best Vaibhav :)

Donated to this campaign via Bank transfer/QR Code? Click here if you can’t find your donation listed below.
A
Anonymous donated Rs.20
D
Devopam donated $50

All the best bro! Sorry for the meager amount, being a student you know how limited our means are. Once I get a full time job, I'll be able to donate more. Wishing your film and career a great success!

Good luck with the film!

All the best Vaibhav :)

You are sending a message to
Vaibhav Mahadev
Go back 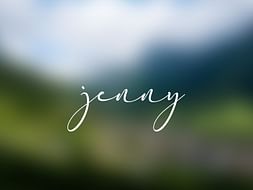 Help Us with our Film- Jenny