PREVENT RAPE &amp; MOLESTATION AWARENESS CAMPAIGN | Milaap
This campaign has stopped and can no longer accept donations.
Milaap will not charge any fee on your donation to this campaign. 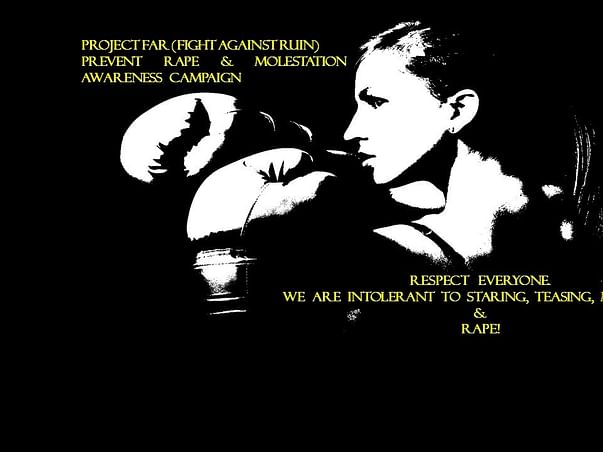 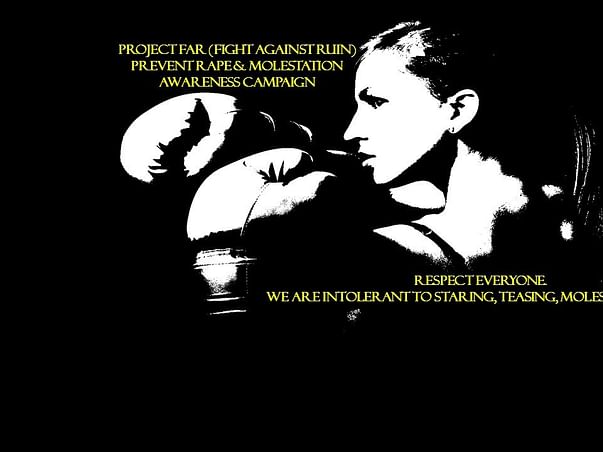 Previous Next
PROJECT FAR (FIGHT AGAINST RUIN) will focus on PREVENTIVE MEASURES THROUGH STREET MESSAGE MARSHALING. Through this project, we will make tailor made, cotton sleeveless jackets with the following message translated in 4-5 languages- RESPECT EVERYONE. WE ARE INTOLERANT TO STARING, TEASING, MOLESTING & RAPE!
Every minute a woman is getting groped, molested, raped, eve teased and harassed. WE NEED TO PROTEST CONSISTENTLY, STRONGLY AND PERSISTENTLY. Once-a-while protests will not help. A thousand candles for the victim will not stop psychopaths. OUR approach needs to be LOUD, CONSISTENT, PERSISTENT, COLLECTIVE & STRONG.
The only way to make that happen is implementing preventive measures & creating two pronged awareness amongst ourselves to be FEARLESS & to criminals to be FEARFUL day in and day out
The ones gone are GONE PAINFULLY, BRUTALLY & DISRESPECTFULLY. THEY ARE NOT ON THE HEADLINE ANYMORE.
And look at us, the “normal ones” & god forbid, “potential victims” In our daily lives, see how suspicion has replaced trust. See how manipulation has replaced ignorance. How anxiety has replaced reassurance and how fear has replaced faith. And see how uncertainty has replaced confidence.
How do we fix this? How….How?
Do we stop trusting? Do we stop socializing? Do we stop going out? Do we stop our children from exploring?
NO…the short answer to that is NO. I won’t give up on my life because some sick mind out there is waiting for my vulnerability
We will spread this message of freedom down to the streets, malls, schools, colleges, parks, pubs, restaurants, offices, super markets...everywhere we go.
Is this going to stop rape? NO. Will it prevent maybe 5 out of 30 cases? YES.
Why cotton and sleeveless? Not everyone can wear a t shirt every day. Cotton will be the best fit to India's weather type. Sleeveless because it can we pulled over any outfit. Jacket because it will go with any outfit.
Why do i need funding? Why won't they pay for their jackets? It's a long drawn process and following up with people will defeat the urgency of this matter. I need to show some successes for people to see essence of the matter and also the logic behind this initiative. So support needs to be probono for the first wave of this project. Hence i am seeking for funding.
Eventually (in 1 year from March 2017) this project will move into a social entrepreneurship model.
Background about the fund raiser:
SaiPrasanna is running an NGO for stray/ abandoned dogs named CAREWEL (Founded In the year 2006) has been involved with the rescue, welfare and adoption of stray dog since 1999.
Some of the continuously driven outcomes by CAREWEL include:
1999 – 2017 – Animals tended to - 450+
Rescue puppies, take care of them and place them in adoption by conducting ‘adoption programs and issuing advertisements – 50+ fostered, 50+ boarded, 25 domestic animals homed at their premises, 150+canines found loving homes through adoption drives
Arrange for periodic vaccination of strays against rabies and distemper – 200+ vaccinations till date
Arrange of ABC (Animal Birth Control) programs - 250+ ABC surgeries till date
Treat strays for illness and disease – 300+ canines treated till date
150+ canines fed everyday – Ongoing activity since 1999
undertaken burial of 170+ strays over the last decade owing to lack of timely
Increase Animal, environmental and moral awareness among public


Vendor engaged for designing online campaigning,  leaflets and jackets. Once funds have been withdrawn production will start and campaign will gain publicity through social media

Dear Supporters,
Thank you so much for your contribution.  Going good with 39600/- as of 6th April. 15 supporters, 65 shares! Take a minute to spread this more folks! Received encouraging feedback from a strong lady in the women's empowerment committee in a well known corporate. First round of presentation done 2 more rounds to go! fingers crossed! In discussions with an enthusiastic bunch of start up entrepreneurs for media partnership. Knock wood! Let's look forward to this taking off soon and strong!
We're trending very well!!! We're at 37100 and have 21 more days to go! Thank you very much for the active participation. Let's continue to come together for this cause.
Load more
Donate
OR

Scan & donate with any app
check_circle_outline Download payment receipt
Report fundraiser
See how thousands are crowdfunding for their causes on Milaap
Rs.39,600 raised

15 Supporters expand_more
This campaign has stopped and can no longer accept donations.
$150 Million +
Raised on Milaap
Are you in need of financial support for medical or personal emergencies, or a social cause?
Start a fundraiser
Campaign organizer contact_mail

Donated to this campaign via Bank transfer/QR Code? Click here if you can’t find your donation listed below.
DV
D donated Rs.2,500

Good luck with your campaign

Wishing all success for this noble cause. I have spread the link around.

Donated to this campaign via Bank transfer/QR Code? Click here if you can’t find your donation listed below.
DV
D donated Rs.2,500

Good luck with your campaign

Wishing all success for this noble cause. I have spread the link around.

You are sending a message to
Saiprasanna Iyengar
Go back 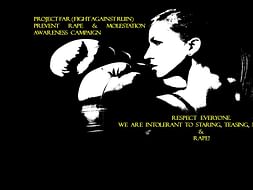