Help Mukesh To Fight Back | Milaap
This is a supporting campaign. Contributions made to this campaign will go towards the main campaign.
Milaap will not charge any fee on your donation to this campaign.

Help Mukesh To Fight Back 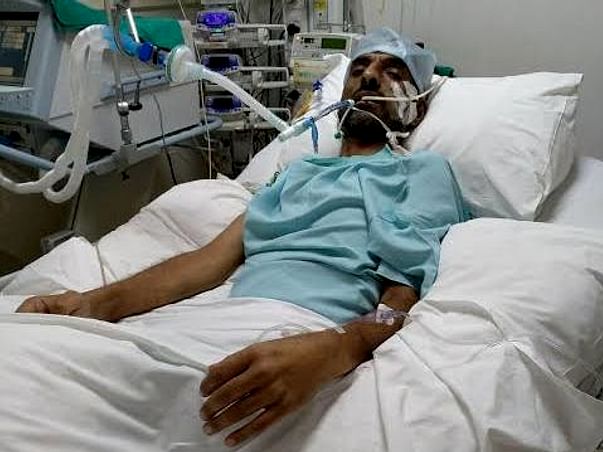 It is only when something terrible happens to someone we love, we realise the hurt, pain and damage it brings along - not just to that person but equally to his Family and Friends. Mukesh is our childhood friend, a regular simple man having simple dreams and aspirations with really nothing against anybody. He is the strength of his Family and the nucleus of his Friend Circle. It was a regular normal day for him when he was returning home late evening, on 24th of March, to be with his Parents when he met with a serious accident in Ranchi City of Jharkhand, India. He was on his motorbike, when the car that hit him, they didn't bother to take him to the Hospital, instead of that left him to bleed on the road. The patrol police happened to be there soon and decided to take him to the Hospital. He was badly injured with his skull oozing out blood, his hands fractured and was completely unconscious even to respond to the pain and trauma his body was just hit with. The first few city hospitals didn't agree on to admitting him on seeing his critical condition. Only after a couple of hours and gallons of blood loss, he got admitted to Medica Hospital, in Bariatu locality of Ranchi. Ever since then, he has been on a ventilator, totally unconscious. Mukesh's condition hasn't improved yet, his skull is damaged inside and out, with blood clot inside his brain, and major swelling outside. His forearms are crushed and had to be operated to stop the infection from spreading. He has multiple bruises all his body and even the doctors are not sure of the number of internal injuries. He has to be kept under observation for the next 15 days or more and it is only after that the doctors can give us a clear picture of his actual state. None of us has given up yet. Not even Mukesh. We are all there with Mukesh. We are there for him and his family for anything and everything that they require we are trying to provide to the best of our capacities. Mukesh is an immensely loved person and really has great support from his peers. But when it comes to medical aid and treatments, emotional support is not enough to pull the person out of danger Financial Support is what matters the most. Mukesh and his Parents and even all us - We belong to middle-class families, with not much to extend towards the requirement in terms of finances. Even though, till now have been trying to pay all the bills on time to ensure nothing gets delayed in his treatment but, we guess it's time we seek support from you all. In whatever small or big way you can, PLEASE SUPPORT MUKESH FIGHT THIS BATTLE. The estimated expenditure for Mukesh's Treatment (including his admission charges, medicines tests, MRI Scans etc.) is 1,00000 and above.

Mukesh is a fighter. Please help us in bringing our dearest Friend out of this painful situation.

UPI: rzpy.givetomlpmukeshsi004@hdfcbank (Copy to clipboard)
Or
Click here to read the instructions before you make a bank transfer.

Here's a quick update: He  is still under treatment and we tried to shift him to ICU for a week under observation and physiotherapy. We shifted him back to the critical care unit because of deteriorating health. Will keep you posted.

You are sending a message to
faizan ahmad
Go back 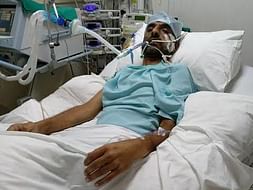 Help Mukesh To Fight Back