Mr. R. Venkateswaralu, met with an accident on 17th of October, 2016 at Nellore. He was a pillion rider and the rider died on the spot; the bike they were riding was hit by a lorry. Case has been registered. He was initially taken to BSR Hospital at Atmakur in Nellore district, where they had given him First Aid and had stitched his external wounds. Later he was taken to Bollenlini Hospital (KIMS) at Nellore, where he underwent life saving Brain Surgery and was unconscious and placed in the ICU. But unfortunately he developed Sepsis and was advised to shift him to Global Hospitals, Chennai for further treatment as they weren’t equipped to handle the case.
On arriving at Global Hospitals (1st Nov), he underwent series of different tests to find the root cause of his infection. The doctors decided for conservative management and shifted him to Neuro ICU. He was under sedition and ventilator support in Critical Care unit.  He was on maximum medication to control infections and his sepsis was brought under control.
His medical expense rose to 15 lakhs at Global Hospitals (it doesn’t include the 3 lacs they spent at Bollenleni). He was advised to stay in the hospital for another 4 weeks for medication and rehabilitation.
But unfortunately, as they couldn’t afford the cost, they have shifted the patient again to Nellore (Atmakur) to continue treatment there. He still has blood clots in his legs and still not fully recovered (on ventilator and not completely conscious). He would require home care even after leaving the hospital.
Mr. Venkateswaralu is the sole breadwinner for his family which consists of his aged father, his wife and two school going kids, aged 11 and 9 and this has financially drained them. He worked as a Lab Technician at a local Diary.
They belong to a rural lower middle class family and they don’t have any other source to manage his medical expenses. They have been borrowing cash but have no resources to return them. Hence I humbly request you to help them financially to pay his medical expenses of 22 Lakhs. Also another 3 lacs for the family to be supported for one year while Mr. Venkateswaralu would be unemployed. I have attached his medical report, treatment summary along with the newspaper article.
Also request you to share his story on facebook.
Admission Bill at Amtakur Hospital as on 19-Dec-2016 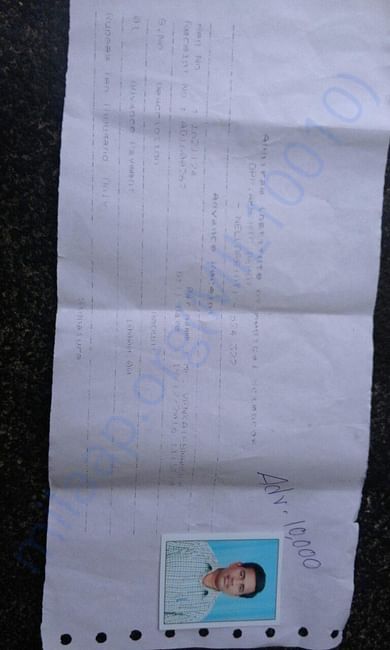 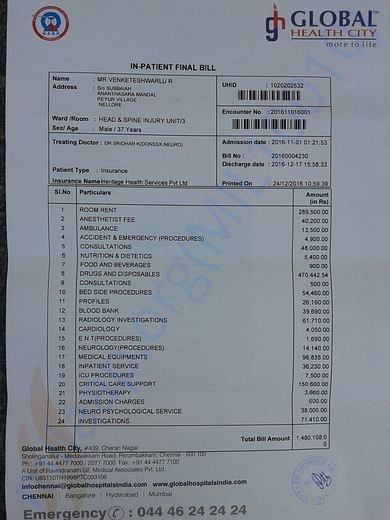 Donated to this campaign via Paytm? Click here if you can’t find your donation listed below.
A
Anonymous donated Rs.5,000

Donated to this campaign via Paytm? Click here if you can’t find your donation listed below.
A
Anonymous donated Rs.5,000

You are sending a message to
Carmel Irudayanathan
Go back 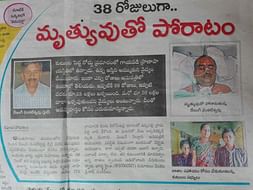