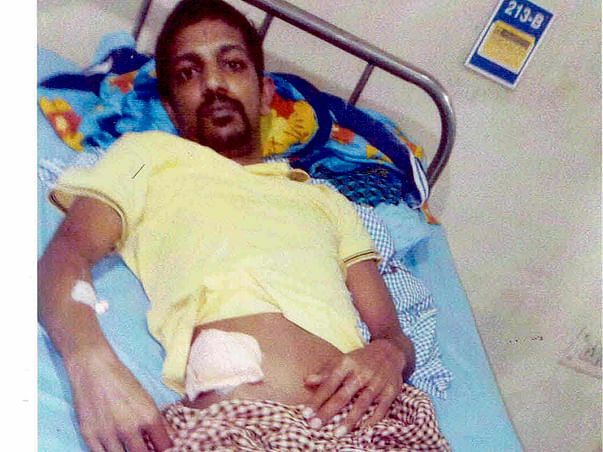 Help this old man to clear pending medical dues and debts
Met this old man named Mohammed Ibrahim with his wife, Megra Begum in a masjid. He could not stand, he walks with a stick. Both were requesting people to help them.
The old man’s son-in-law, Mohammed yunus met with an accident in the month of may this year and his leg was badly injured. He was immediately admitted to Government hospital for some days. But due to improper treatment, his leg went worse. Afterwards they discharged him and admitted to Kumaran hospital, Kilpauk. He was diagnosed by Dr.K.P.Manimaran. Series of surgeries were to be done and the expense was estimated to 4.5Lakhs. The old man and his wife went places for help and to many people, borrowed money and somehow paid for the surgeries. The hospital management was kind enough to complete the surgeries despite some pending fees. Still an amount of ₹50,000 is due to the hospital.
His son-in-law who just got discharged, was a driver, lives in Ennore with his wife and two kids, daughter of class 8th and son of class 5th. Because of this accident he can't go to work for next 6 months and should frequently visit hospital for his leg. A visit easily sums up to ₹5000 for hospital and cab.
The old man and his wife was so sad and couldn't talk about his sons, who stopped supporting them long back. He is too old to work now. He along with his wife struggling so bad since this incident. Now they got Pending medical dues, heavy debts, daily expenses to run the family and grand children's studies.
I went to hospital along with them. At this old age, they were so tired to face all these challenges. They are very much scared of their life ahead. They couldn't explain their struggles in words and ended up in tears.
Kindly help with how much ever you can. Together we can help them bring back their hopes and confidence to live strong ahead.
Cost Estimation Letter
Medical Reports

Ask for an update
Donated to this campaign via Paytm or bank transfer? Click here if you have not received an email confirmation from Milaap.
I visited the old man's home last week, Mohammed Yunus, (the one in the pic) his son in law. He met with the accident and is right now on bed all the time. His name is Mohammed Yunus. He has been advised to take bed rest for the next 6 months with frequent visits to hospital for check ups. The family has to book cab everytime for this. And they were very sad to say they are struggling to face even these small expenses.

Right now Yunus, a cab driver, along with his two kids, wife stay in Ennore in his home. His in laws, whom I referred the old man and his wife (those I met initially) are staying along helping them.

The old man is feeling is so bad to call me often, he makes his wife to call and ask for help at every instance. At their old age they are struggling to save their daughter's family. I am so worried about the kids and their education. Should give them hope and lend our hands to this poor family to come up and not get worse. That's why I decided to help them.

I was so helpless hearing their calls, I had to help them with my own money once.

Kindly help.
Donate
Report fundraiser
See how thousands are crowdfunding for their causes on Milaap
Content Disclaimer: The information and opinions, expressed in this fundraiser page are those of the campaign organiser or users, and not Milaap.
If such claims are found to be not true, Milaap, in its sole discretion, has the right to stop the fundraiser, and refund donations to respective donors.

helping Abdul Rahman for his medical expences. Get well soon.

helping Abdul Rahman for his medical expences. Get well soon.

You are sending a message to
Abdul Rahman
Go back 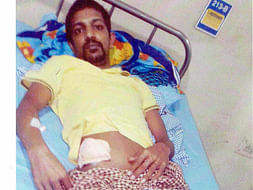