My Parents Told Me To Leave My Wife When She Got Cancer | Milaap
This campaign has stopped and can no longer accept donations. 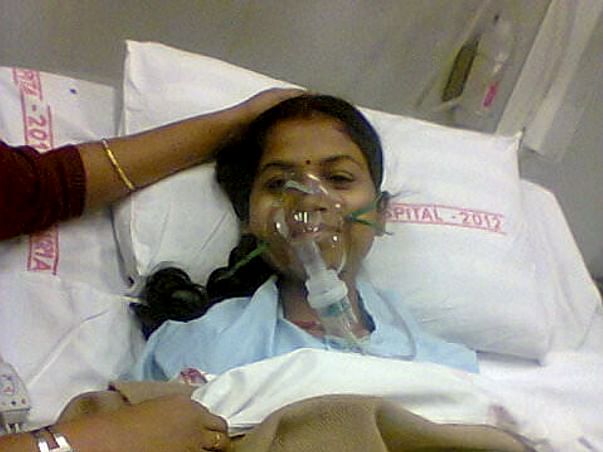 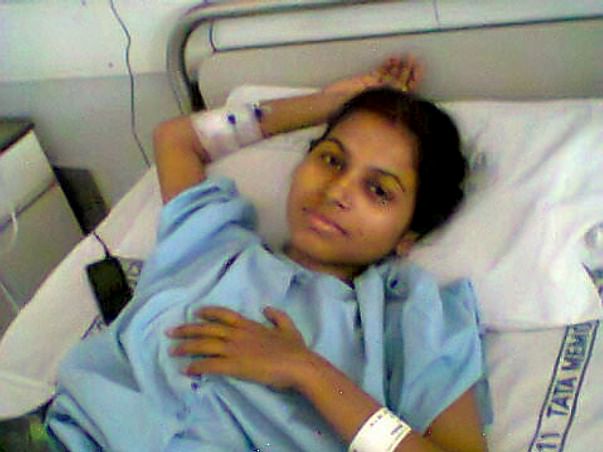 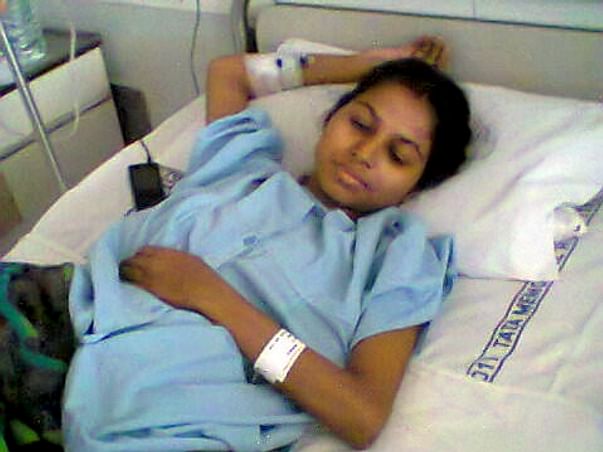 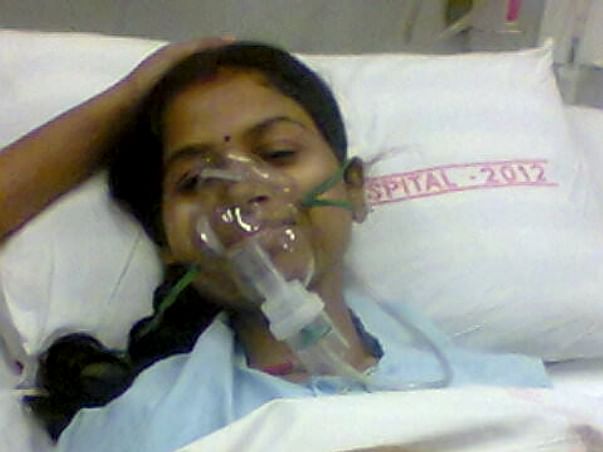 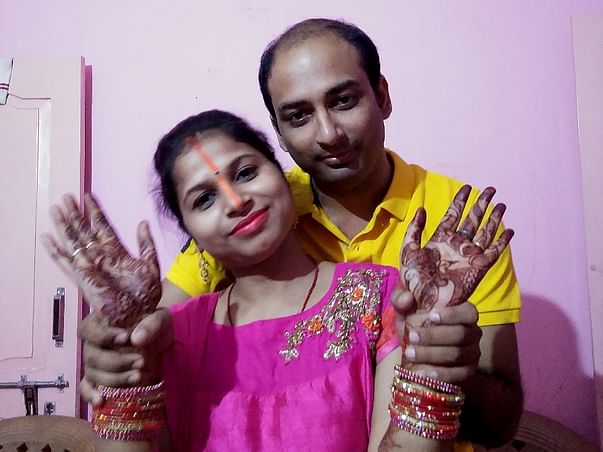 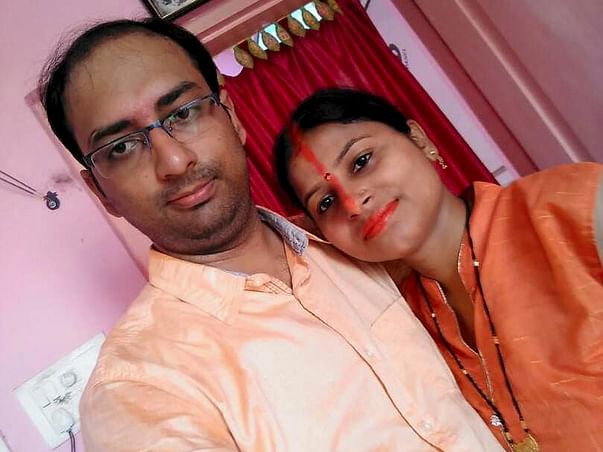 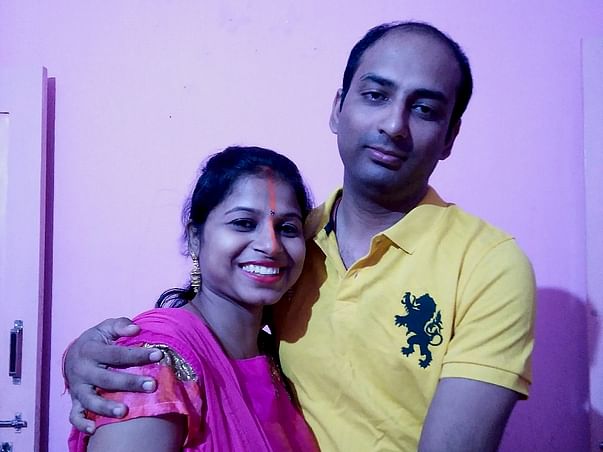 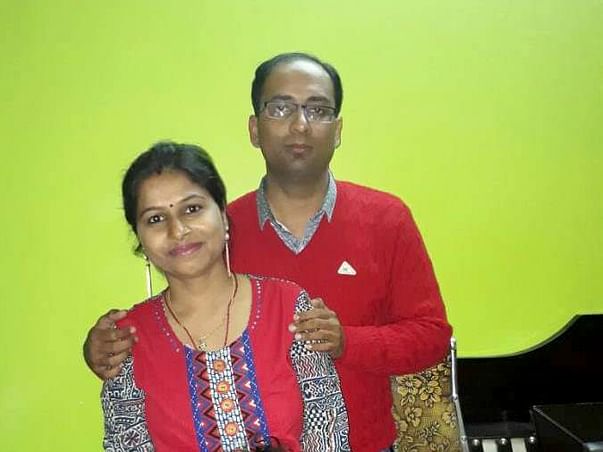 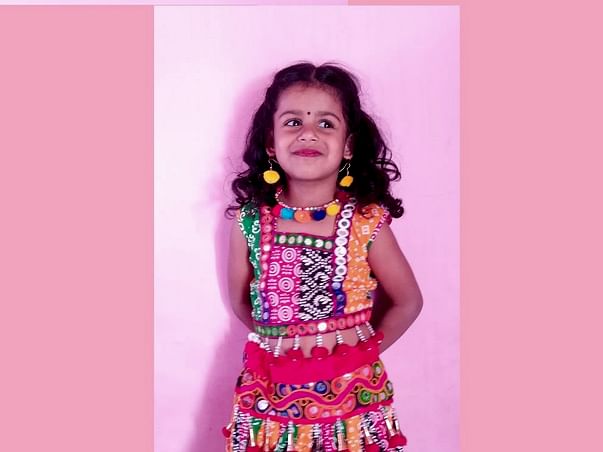 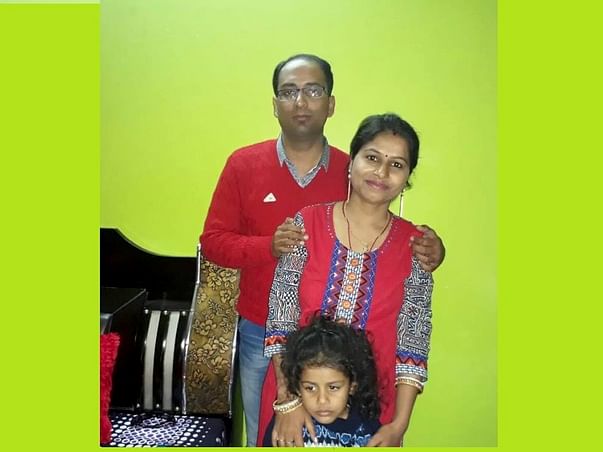 My parents told me to leave Shipra when cancer started eating away all of her body. But what I fail to understand is how is cancer her fault. Nobody understands her suffering. Her pain of not being able to feed or take care of her own daughter, her pain of almost living a dead life is never taken into account. I simply can’t let her go through this alone.

My name is Govind and I feel extremely lucky to have a beautiful family with Shipra and my 5-year-old daughter, Samriddhi. It’s been only 4 months since I moved to Delhi with my family to keep my wife alive.

I had a happy family and there was nothing I could have complained of. Even before we could cherish our daughter’s birth, life took an unwanted turn for us. When Samriddhi was just 3 months old, Shipra started excreting blood. We were told that she has piles problem when we took her to the doctors. But after months, we got to know that it wasn’t something as simple as piles.

Shipra had developed rectum cancer in her body. Even after thorough medications, when there was no improvement, a part of her rectum had to be removed. I was so glad to have saved my wife. But I had no idea that our happiness would be so short-lived.

Just as we started settling in our lives a little, her cancer came back the second time. This time, it had spread to her breast. A few months ago, her condition had deteriorated so badly, that I had to quit my job in Mumbai and had to rush her to Delhi for an emergency breast-removal surgery. I have brought her back from the clutches of death after putting up a strong fight.

I remember, after this surgery, Shipra was completely shattered. When cancer starts taking one organ after another, it takes a toll. I know she is a fighter and I think the strongest people are the ones who suffer the most.

15 days ago, she started complaining of severe pain in her waist. We couldn’t even imagine the worst before she couldn’t get up from her bed anymore. Taking her to the doctors, crushed all of us. The cancer has advanced to such a stage where it has spread to her bones.

I don’t know why are we being tested so brutally. Samriddhi has seen her mother more in the hospital than at home. She has recently been admitted to a school. She becomes so sad when she sees other mothers come to pick their children up. My little girl is growing up without her mother with no fault of hers.

Since 2013, I have had to swap and move from Bihar to Mumbai to Delhi. I have never even given a second thought only with the hope that Samriddhi and I don’t lose Shipra forever.

What is shocking is that neither my parents nor hers have come forward to help Shipra live. My parents wanted me to leave her. Her parents are never ready to help us even when I am in dire need of money.

Shipra has to go through immunotherapy followed by chemotherapy to live. Every 5 days I spend Rs 50,000 on the injections that keep her alive. My earning of just Rs 20,000 a month is not enough anymore to carry out such huge expenses. I am just desperate to save her.

Shipra has been trying to fight cancer for a long time. Govind thought they won the fight twice, but it turns out that cancer was only biding its time, silently spreading to other organs. She needs urgent help without which it will metastasize to her blood and liver, killing her. Her husband has alone carried out the expenses so far. The cost required to save her is Rs 3 lakhs and Govind can’t afford such huge sum of money.

Your support will give this child her mother back. 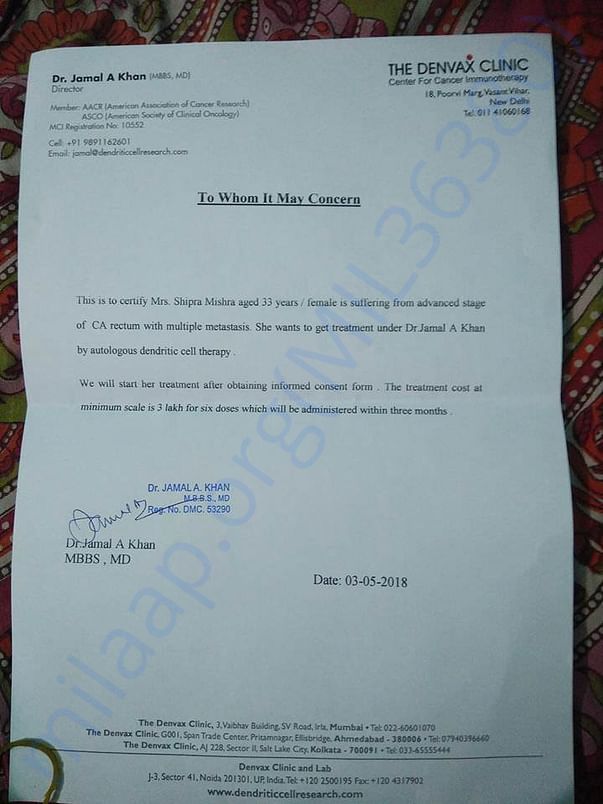 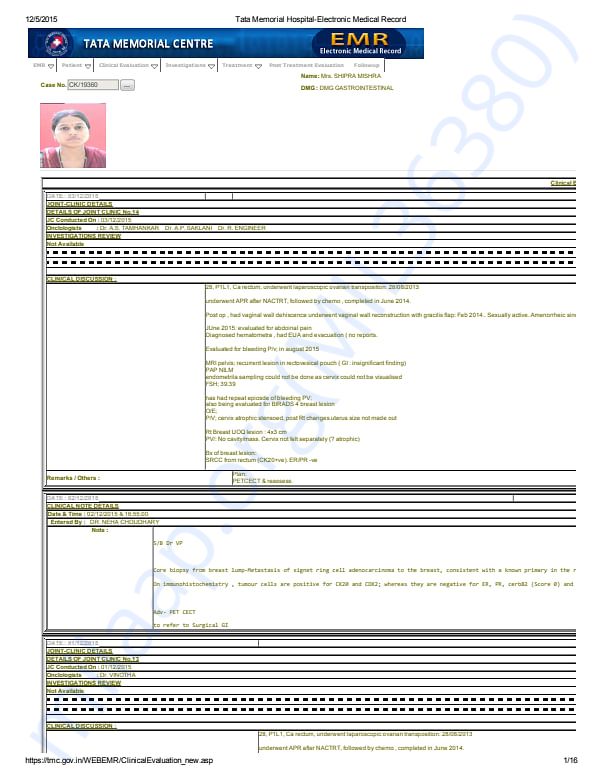 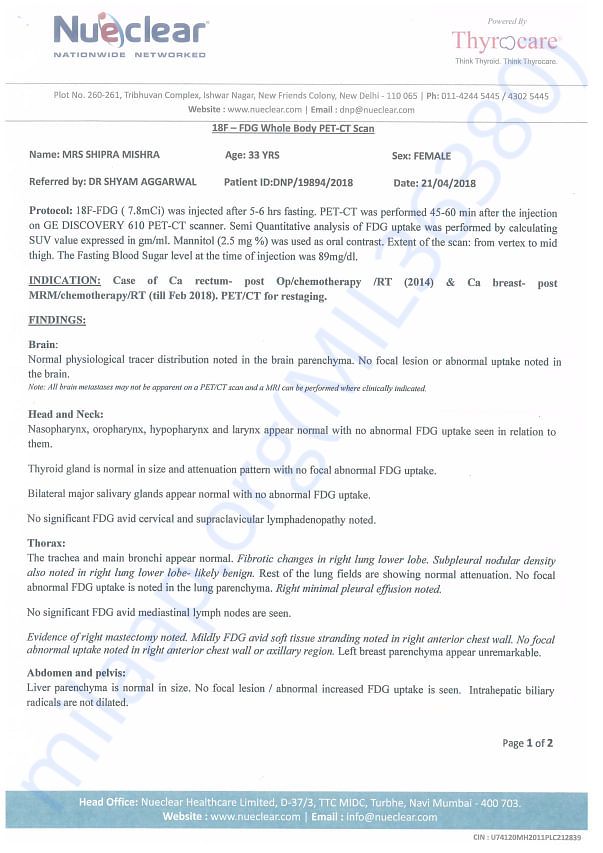 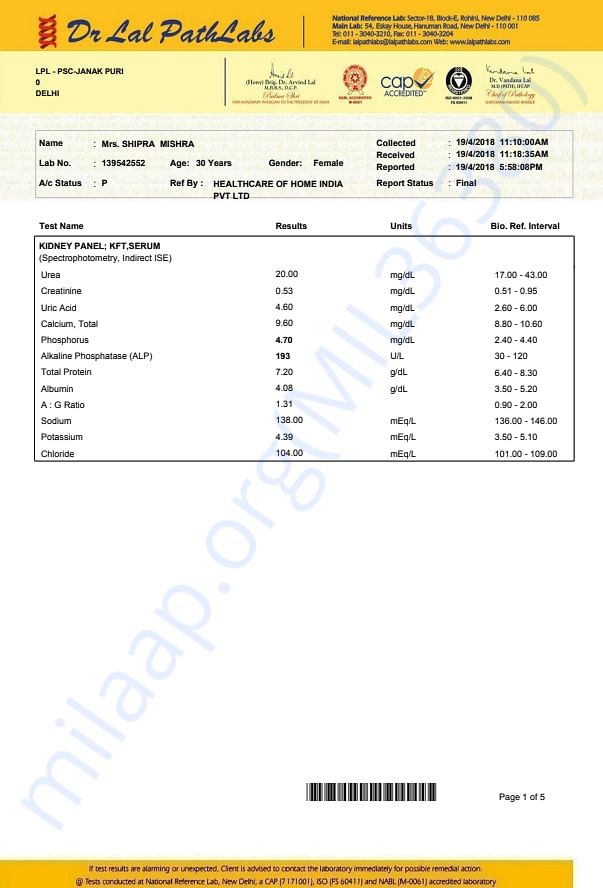 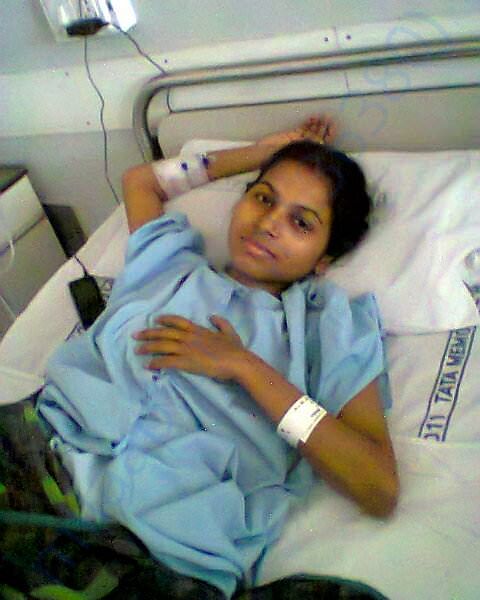 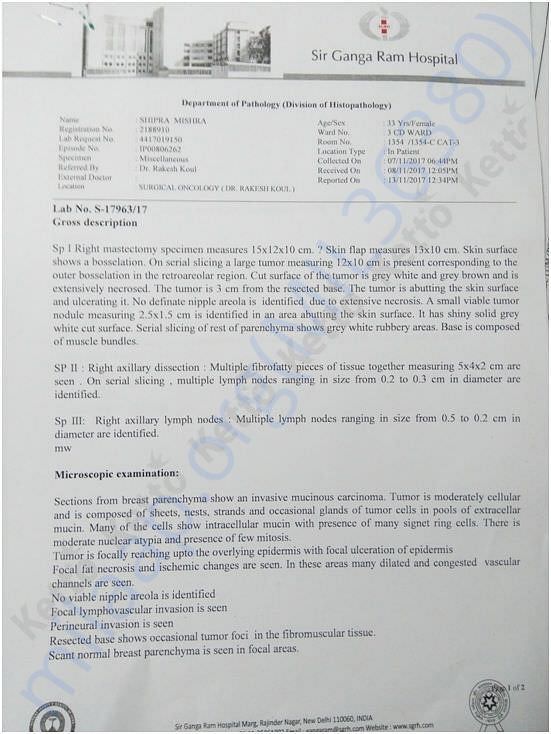 Thank you for the wonderful support that you have shown towards my wife Shipra. Her health is not stable and the doctors suggest that we should proceed with the treatment as early as possible.

I would request you to please share this campaign further with your friends and family to help us in raising funds faster towards her treatment.
Donate

Scan & donate with any app
check_circle_outline Download payment receipt
Report fundraiser
Know someone in need of funds for a medical emergency? Refer to us
Rs.33,230 raised

Get well soon dear, your daughter needs you and your husband deserves a happy family life with you.

Get well soon dear, your daughter needs you and your husband deserves a happy family life with you.

You are sending a message to
Govind Mishra
Go back 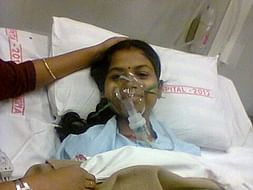