Help Ram to study circusarts and dance in the Netherlands | Milaap

Help Ram to study circusarts and dance in the Netherlands 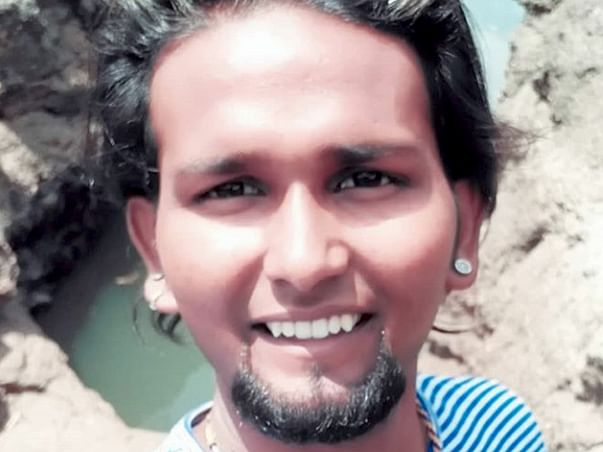 Who is  Ram Pawar

Hi everybody, the boy where this  campaign is for is Ram Pawar. He was born in New Delhi in the Kathputli Colony,  a slum. When he was a very little boy he already started with acrobatics and  dancing. He was very talented. His biggest fan was his father who stimulated  him. But his father was very sick and thats why Ram went to church every day to  pray that his father should be better. When he was 5 their house was burned and  his father saved him. He got a lot of problems with his lungs because of the  smoke. But didnt provide him from dancing and acrobating. When he was 6 years  old his ftaher died. That was very very sad for the family and really bad for  the boy. But he tried to stay dancing and doiing acrobatics. He couldnt pay but  when he could perform he earned something and then could pay. Also could follow  classes in Kalakar trust. When he was 7 years old he could  travel to the Netherlands to perform with Festival Mundial. That was something  big for a seven year old boy. After this he could perform in more countries, in  Kenia, France, Italy, Canada, America and so on. He was also chosen from  hundreds of little boys in the childs headroll in the performance "a  Midsommernightsdream" in United Kingdom where he played 3 months on stage
.
At  14th he could go again to the Netherlands to perform on the Floriada. And after  this it became very difficult to follow classes. There was no money. He didn't  have. School was already difficult to pay. From all money he earned by his  performances the family bought a new house in the colony.There was nothing  left
.
He danced and did acrobatic to earn for classes. There were a lot of problems at home and  finally when he was 19 he went away and moved to his brothers in Pune. There was  said that he had to search an adoptive mother and he did. He searched and found  a mama in the Netherlands first by facebook. She helps him a lot but doesnt have  the money to help. She helps him growing up, supporting, talking, talk about  everything in live. They love eachother so very much and really are mama and son  now but they never saw eachother which makes them very sad. Its time to see his  mama and for her to her too.

Ram wants to study circusarts and  dance in the Netherlands.at Codarts school of arts. Thats the  most famous university for this. All kind of circusarts can be done there. Its  in Rotterdam. Ram is also very intelligent so he can also do the education to  become a teacher in this.But also a course for jiggling is a possibility.


By a  master in jiggling. Its also that he can live then with his dutch mama so its  two things in one. Ram wants this education because then he can do more work in  India. Its his big dream.  He also wants to teach children, and help them to  find their way and joy in this kind of arts. He wants to support children that  they can develope and earn money and have work in their lives. Aspecially the  support for children is very important and maybe he can start a school for this  in future in India.

Why its  important to him and what impact it will have.

Its very important to get a good  education and because its not in India he wants to go the Netherlands and like  this way he can see his mama too. To get better jobs and better live he wants to  do this. In this way he can also help his family. He earns so very less now that  he hardly can live properly. When he can audicien for bigger shows he needs this  education. Also because than he can start a school for acrobatics and dance in  future for children. Children can forget their misery, can have fun and can  learn socialising with others. And maybe there are children who have a dream too  in doiing arts. So he can help children and do something for the people in  India.

Why people  should give money.

When people give money to fullfill  this boys dream, they also help a lot of children in future. And that would be  wonderful. People and children who can follow classes or can see his performance  will feel joy and forget negative thoughts and things by having fun. And of  course also that he can see his mama. Every child wants to have a caring mama, a  supporting mama, an understanding mama and have a real mother son relationship  and learn about live.

Please give him the chance

Ask for an update
Donated to this campaign via Paytm or bank transfer? Click here if you have not received an email confirmation from Milaap.
Ram bought a little tattoo machine by using the already givin money of the crowdfund and a personal gift. Now he can practise more and in 1 month also do a little work for homself. But next to his hard work he still need money to go to the Netherlands to learn more for his tattoo work and acrobatics and dance. He wants to start a tattooshop and by this earn money to study too. Because of this he really needs your help. His dream is to perform but also teach and help poor children to learn dance and to be happy when they are dancing. So please help him.
Ram wants to earn all the money to go to the netherlands. What he collected by this fundraise is so very little. But he is gratefull for what he got. To earn more he learned how to make tattoos. But now he needs a little tattoo kid to go on. When he can make tatoos with people he can earn the money to travel to the netherlands. So we use the money for his tattookid.
I withdraw the money for Ram ( Remo)  because he has to buy things for his practising to do audition
Donate

Donated to this campaign via Paytm? Click here if you can’t find your donation listed below.
A
Angie donated $30

Wishing you every success, all the very best.

Donated to this campaign via Paytm? Click here if you can’t find your donation listed below.
A
Angie donated $30

Wishing you every success, all the very best.

You are sending a message to
Hedwig van Wezel
Go back 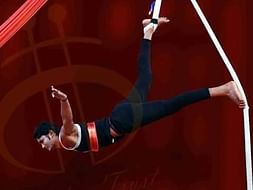 Help Ram to study circusarts and dance in the Netherlands