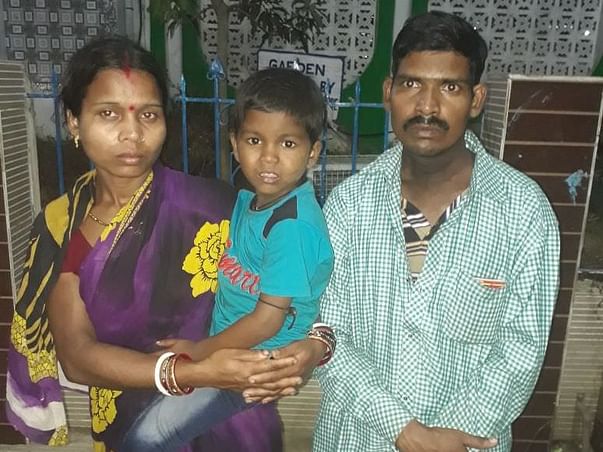 Ramahari Pradhan is a daily wage laborer suffering from thyroid cancer(Stage II). His daily income is a meagre 250 rupees. In addition to his own disease ,the burden of his son's disease has come as a bolt from the blue.He has already spent around rupees 1 lakh by borrowing from friends and relatives to cured of thyroid cancer(Stage II) for himself. Now he has nothing to spend and immediately needs our support for further treatment of his son.

Ramhari Pradhan has already undergone one operation at AIIMS Hospital,Bhubaneswar and the doctor has further advised for another operation by the end of this month.
Again with the added burden of ongoing chemotherapy and continuous medication of his son which is almost impossible for him to spend such a large amount.

The  cost is Rs 2.5 lakh for chemotherapy and medication for his son which are estimated by the doctors at AIIMS.

I request you  all kind hearted people to help him and his son at this difficult time as the financial help is needed immediately.I am attaching all the photos and documents regarding him and his son's treatment below