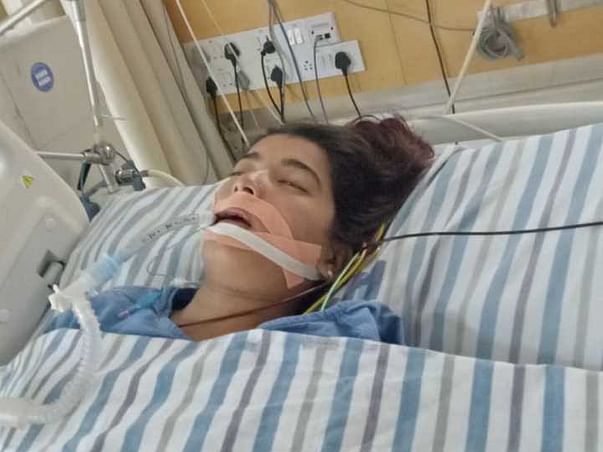 Share
Namraj, a Nepali caretaker is fighting with time and limited resources to save his daughter, Prerna from succumbing to brain fever, dengue/viral infection and liver damage.

Namraj arrived in India about 3 years ago, and supports a family consisting of 3 children, the eldest of whom is Prerna. In his time with us, he has been hardworking and extremely diligent: waking up at the crack of dawn to collect wet waste from all the flats, then cleaning cars. After that he starts working in the houses and his wife (Bhavna) does cleaning in different houses, until the evening when he starts cleaning the compound and works on upkeeping the apartment overall.

Prerna, his daughter got married earlier this year and is currently 5 months pregnant, and contracted fever earlier this week. It was initially suspected to be typhoid, and upon further checks the doctors at a local hospital confirmed it was dengue. Her condition has deteriorated along this week, and on Thursday they were advised to move Prerna to an ICU.

As of Saturday evening, they have checked with various government hospitals in Bangalore ranging from Victoria Hospital, Bowring Hospital, Ramaiah Hospital amongst others only to find rejection because of their low-income status and complicated health issue. Other hospitals that have been ok with admission have asked up to 65,000 rupees per night in the ICU, which the family cannot afford. The family doesn’t own any means of transportation, barring a bicycle- and after having many doors shut, were finally able to admit Prerna at St John’s Hospital.

Enough said, they don’t have the money to support treatment. There is no option to not receive treatment, given her overall condition. We’re raising funds internally, within the apartment and are now requesting YOU, to help save Prerna by donating any amount to go towards her medical care.

We need your help, as they’ve gone through enough by themselves and we need to show them that there are enough of us who care about what happens to this family. We need your help, to help save the life of Prerna and her unborn child.