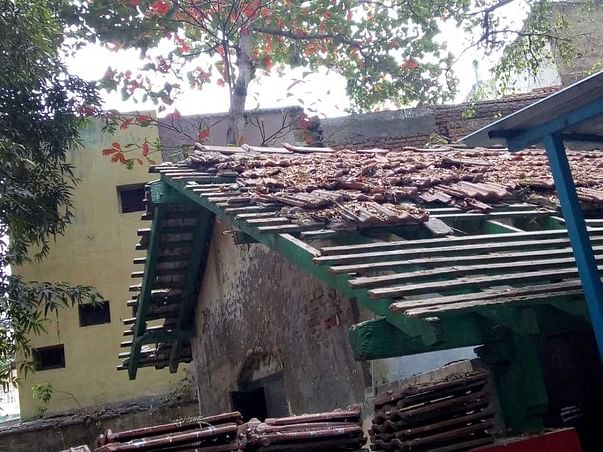 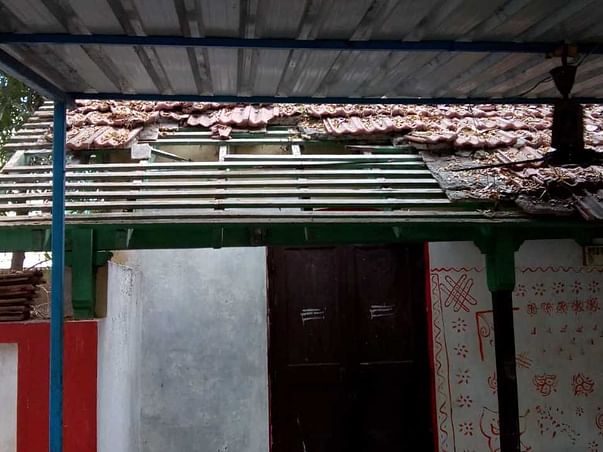 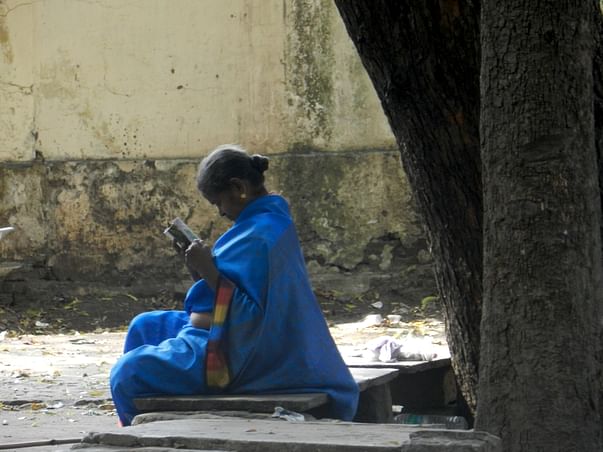 Previous Next
Since times immemorial, humanity’s obsession with speed has been on the rise; first the advent of wheels to cycles, super car, rockets and 5G technology. But does it stop here? Certainly not, and that’s a good thing, at least in some aspects. Due to the rapid pace of our lifestyles we often leave behind things that might restrict us, our cultures, traditions and sadly enough sometimes even our own parents.
Monegar Choultry is an example of all things and people left behind by the society and their loved ones. Set in the rather rapidly changing city like Chennai, life at the choultry is slower and calmer. Built on the land donated by the Rajah of Venkatagiri, the choultry houses 51 elderly men and woman and makes sure that they are getting their three meals a day.

Broken, Washed down and rustic, the choultry sets a perfect example for everything outdated; hand pumps for water and age old lighting systems. The only latest technology that is available in the choultry is the RO system for the purification of drinking water.


The choultry is mainly a one storied housing area, divided into separate blocks for men and women. As we entered the housing blocks, the introduction of new faces started a commotion. Spirits of the elderly were lifted, it was as if life was poured into an otherwise dull and a deadbeat place. Each block housed around 10-15 people, everyone was allotted a cot and a blanket. A small television set was placed in each block for entertainment purposes. A shabbily grown garden adorned the center of the housing block for the elderly to take a stroll.
Time really had tested the endurance of the choultry, which is clearly visible from the broken roofs and leaking walls. Especially with the case of the kitchen, a small room just about enough to fit in three gas burners and some utensils to cook food. With cracks in the walls there is always the danger of being bit by snakes or the dripping roofs and walls spoiling the food. Although crucial for the members of the choultry, the kitchen is in poor condition, without the surety of surviving a harsh rainfall.
Waste is randomly disposed in many places as there is a shortage of disposal systems, two government garbage bins are placed near the main gate, which are not placed practically. They are placed away from the housing block rendering its usability.
Even after being riddled with numerous problems, the inmates at the choultry carry on with their lives being grateful for 3 time meals that they get every day.  It’s heartbreaking to see the elderly restricted within the confines of that 6 feet cot and the philanthropy of others. After working day and night for the bright future of their children, they are living a life they do not deserve.
Parents are truly miraculous, a mother never truly feels the burden of carrying a baby for 9 months. A father never fails to hold his child’s finger and teach them how to walk with their heads held high. But after all that and raising their children for years together, when it’s the child’s turn to take care, suddenly parents become a burden and they are left in old age homes.
Rajeshkannan Yadav volunteers in the old age home.
Funds are being raised to build a decent rooftop to provide good cooking facilities. split up goes like:
1. Shifting the kitchen materials
2.Make the temporary kitchen
3. Make a new water and Gas connection
4.Remove the old tiles from the roof and furniture also
5.Mason work
6.Electrical work
7.Metal roof sheet 20 Fits 16 Nos
8.15mm  *15mm square pipe 20fits 20Nos
9.Transport charges
10.Labour charges
Work period minimum 5days

UPI: rzpy.givetomlpmonegarc001@hdfcbank (Copy to clipboard)
Or
Click here to read the instructions before you make a bank transfer.

Thank you for the support. Will keep you posted.

Donated to this campaign via Paytm? Click here if you can’t find your donation listed below.
A
AMITAVA donated Rs.1,000
A
Ak donated Rs.103

May this roof be build upon soon

Donated to this campaign via Paytm? Click here if you can’t find your donation listed below.
A
AMITAVA donated Rs.1,000
A
Ak donated Rs.103

May this roof be build upon soon

You are sending a message to
Nishtha Sen
Go back 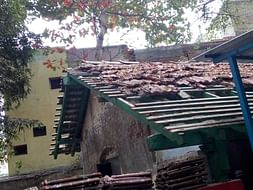