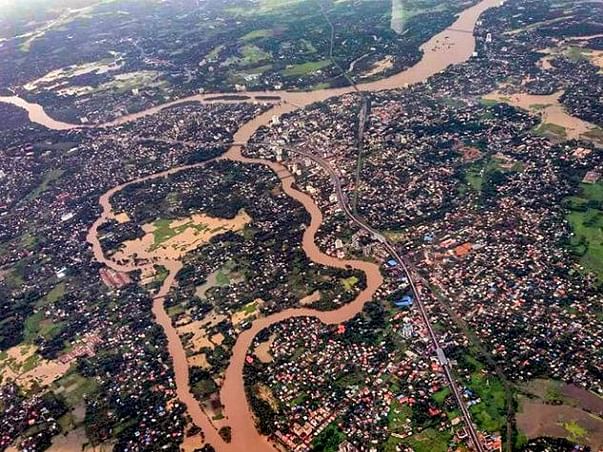 Kerala is facing the worst flood of century.Flood appears as a curse to the people who are directly affected by it. There are mainly two reasons that can create a flood: excessive rains and overflow of rivers. Rain is wel­come for the growth of crops and cooling down the atmos­phere, especially after the hot summer.
But excessive rains spoil the harvest, and sometimes with the accumulated rain water, the tanks are overflowed and fields and roads remain under water, and even water enters the courtyard or drowns the ground floors of human habitations. As the stagnant water remains for a few days, the people face numerous difficulties.
The insects, the serpents and many poisonous creatures take shelter in the human abodes, causing threat to the lives of the dwellers. The cattle, unable to save their lives, die for want of food and shelter.
The water becomes polluted, causing various life-taking diseases. People are sometimes found to take shelter on the branches of trees, which are near at hand, in order to save themselves, when their houses are submerged in water.
After the flood, it takes a long time for the wet land to get dried up. And in that marshy land, the remains of the dead cattle or the skeletons of human corpses lay scattered, making the entire area extremely polluted. That brings about plague, cholera and other dangerous diseases to those who somehow survive. Thus the flood is a horror, and its after­effects are more horrible.
After the flood, there is hardly anything left for the people to accept. The crops do not grow, because the land becomes barren. The water of the tanks and wells gets polluted. The scarcity of drinking water becomes an acute problem.

The cattle having died, the poor house­holders become helpless. Numerous huts of the poor people are demolished by constant water-stagnation, making them homeless. Food grains become rare in the flood-affected areas.

There are many other problems that a flood brings to the unfortunate people, in whose area flood enters. Although the government and the charitable organizations send their instant relief by boat or helicopter,- food, clothes, pow­dered milk, medicine etc. -, yet that is not enough for removing their endless distress that continues for a long time after the flood.
The Indian governments have since taken some major steps for protecting the people from flood. There are certain areas, especially in Bengal and Assam, where frequent floods appear due to the overflow of the rivers, such as the Brahmaputra or the Ganga. A special commission has been set up to take precautionary measures before the monsoons so as to prevent flood in those particular areas.

At the time of flood in any area, all the civilized citi­zens should come forward with their helping hand. If they themselves cannot reach the spot, they can at least send their relief articles or money through some reliable organisations or the government machinery engaged in the relief work.

I am an Indian person who loves the beauty of kerala.
i have been in kerala many times and always greeted by people in kerala with warmth and love.
This is the time when i need to give back to them.

Where the funds will be used ?

Funds will be immediately used for the clothing , food and medicines to affected people in Kerala.
I am closely working with few NGO's also for the same.
As funds will come subsequently i will upload the receipts for the relief material that will be being used in Kerala

UPI: rzpy.givetomlpankitpan001@hdfcbank (Copy to clipboard)
Or
Click here to read the instructions before you make a bank transfer.

You are sending a message to
Ankit
Go back 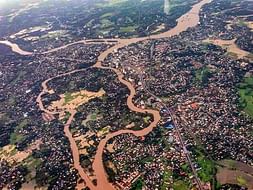