Relieving death anxiety &amp; depression in end stage cancer patients | Milaap
Milaap will not charge any fee on your donation to this campaign. 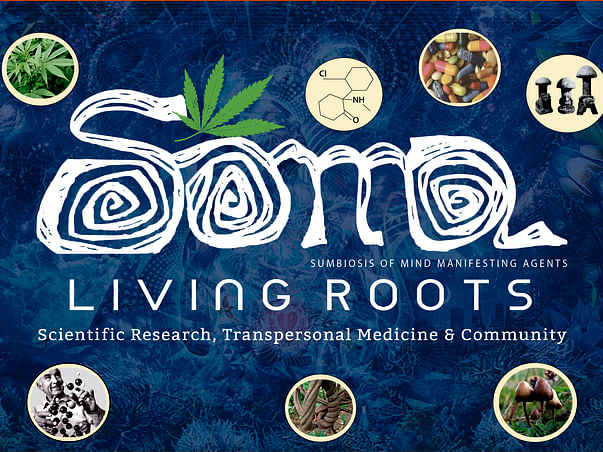 BRIEF OVERVIEW
Could a psychedelic agent help people who are dying of cancer face their anxiety about death?
Psychedelic drugs are once again beginning to see its revival in medical research. In recent years, the benefits and value of psychedelic agents like LSD and psilocybin have shown their benefits in assuaging the anxiety and depression related to one’s own death in end stage cancer. More work has been carried out using psilocybin (magic mushrooms) in small trials with beneficial effects that have lasted over months and those who are directly involved with the dying feel that these are landmark trials and are beginning to move the psychedelic research field forward.
Even now, there are but only a handful of studies that are involved in psychedelic research using these agents since finding approval and funding are difficult and time-consuming. Most pharmaceuticals shy away from this kind of research since these substances cannot be patented and a limited number of sessions usually help patients tide over their depressed and anxiety-ridden feelings as opposed to anti-depressants that require prolonged use without any psychotherapy.
WHAT IS THIS RESEARCH ALL ABOUT?
The Issue
In India, Nearly 1 million new cancer cases are diagnosed every year and up to 70-80% of them present with stage IV diagnosis where options of cancer directed treatment is very limited. It is estimated that at least 60%-80% of these patients need palliative and end of life care but at present only less than 5% of these patients have access to palliative and end of life care and less than 2 % of these patients have access to strong analgesics needed for pain relief.

End of life issues can be daunting for people who suffer from life-threatening cancer as they often face anxiety and depression related to death.
Existential and spiritual distress often overwhelms patients at the end stage and anti-depressants are not an answer to address such issues.

About Ketamine
Ketamine has been in use as a safe anesthetic and analgesic agent for over 50 years now. It is known for its dissociative properties since it dissociates the self from ordinary reality and dissolves the personal ego boundary.
Whereas most other psychedelic agents like LSD and psilocybin have been badmouthed for the better part of the last century, ketamine is the only one in prolonged use since the 1960s and included in the World Health Organization’s list of essential medicines.
In psychological medicine it is relatively new and many studies have shown its efficacy in treating alcoholism and substance dependency, chronic depression, PTSD and an array of other treatment resistant psychological disorders. For pre-operative and end of life anxiety issues too ketamine is superior in relieving anxiety with its rapid onset, short duration of action and superior safety. Low dosages of ketamine administered intravenously, intra-nasally and orally have shown good anti-depressant response with minimal psychedelic effects.

The Research
Through this research I am trying to elucidate why psychedelic research is important and the current revival necessary to pave the way for the future.
This will also allow us to see the efficacy of using ketamine as an adjunct to existential psychotherapy for patients with end of life issues.
The phenomenology of ketamine psychedelic psychotherapy (KPP) in the transpersonal context in dying patients has never been extensively explored, however a few case studies as a part of preliminary clinical observations on its effects on treating death anxiety has been observed, (Kolp, E., Young, S. M., Freidman, H., Krupirsky, E., Jansen, K., & O’Connor, L. (2007). Kolp, E., Young, M. S., Friedman, H., Krupitsky, E., Jansen, K., & O’Connor, L.-A. (2007). Ketamine-enhanced psychotherapy: Preliminary clinical observations on its effects in treating death anxiety. International Journal of Transpersonal Studies, 26(1), 1–17.. International Journal of Transpersonal Studies, 26 (1). http://dx.doi.org/10.24972/ijts.2007.26.1.1).
Ketamine is known to induce distinct states of non-ordinary states of consciousness (NOSC), that contributes to a cathartic process and can bring rich insights from one’s life that are often revelatory in nature. We know that the phenomenon of the lived experience of a metaphorical death can be complex and very difficult for patients to face, since this would involve not only the death anxiety but also issues that were not once known or conscious to the person. One comes close to dealing with existential anxiety through ‘ego-death’ and ‘rebirth’ since the person experiences the dissolution of personal ego boundaries and experiences physical (body) and psychological (mind) death that are often life altering and can enhance personal awareness and self growth and harmonizes relations with loved ones and the world in general.By going beyond the personal life story such insights would in a way affirm one’s narrative of being able to make a decisive choice even in the final moments
and come to terms with the transient nature of being in this world.
The Future
For both patients and physicians existential and spirituality issues are imperative elements of quality palliative care that demands urgent contemplation. Palliative care practitioners and those associated with the dying have begun to recognise this spiritual and existential emptiness that can overwhelm a person in the final days and are beginning to work on therapies that deal with this existential crisis.
This study will pave the way for future research in the following aspects:
In the context of imminent death, the psycho-integrator properties of ketamine along with the phenomenological exploration of one’s existential state of being will allow us to explore the potential efficacy of Ketamine Psychedelic Psychotherapy.
This will also allow us to see the efficacy of using ketamine as an adjunct to existential psychotherapy for patients with end of life issues.
Also, like anti-depressants ketamine does not require prolonged use, since it will only be used as an adjunct to psychotherapy that deals with existential crisis, limited sessions with it can have tiding effects over months with visible and life altering results experienced as patients begin to explore the dynamics of their own self-healing journey.


This is an ongoing PhD research project with CIIS San Francisco, and the study will be carried out here in Mumbai.
The Budget for this Study with Ketamine as Psychedelic Psychotherapy would involve tuition fees and travel expenses, expenses on resources involving materials and supplies, hospital stay, therapy charges, amounting to $14,500 for one year, (INR-10,12,752.50 per year) and the research would continue for 4 years ($14,500X4) for which we are trying to raise $58,000.

ABOUT ME
I am a Clinical Neuropsychologist practicing in Nanavati Hospital and as a private practitioner in Mumbai. I recently
Founded SOMA Living Roots, an organization for Scientific Research, Transpersonal Medicine & Community.
I am a PhD Scholar in Psychedelic Medicine (CIIS, San Francisco, U.S.A).
I summed up my understanding and experiences with cancer patients, both as an author and the editor of a recently published book that delved into the lesser acknowledged yet pressing needs of the cancer patient. The Unquiet Mind,Cancer- The meta-ethical quandary of therapies, Publisher: Narosa Publishing House

I discussed the need for purgation or catharsis for the person battling with a recent diagnosis of cancer, how personal catharsis becomes necessary to relieve the distress associated with it.
Around the same time, I started getting drawn towards work being done to revive psychedelic therapy, particularly with the terminally ill patient. Organizations like MAPS were bolding their way through to support research using these substances and a few pilot studies involving the terminally ill patient were underway and moving towards a positive direction (Gasser, 2014). What interested me was how death related angst was being alleviated through such therapies, and earlier research by Stanislav Grof (Realms of the human unconscious, 1979) and Grof and Halifax (Human encounter with death, 1977) had shed light on this little known area and paved the way for current medical practice to look beyond itself and embrace the subjective dynamics of an individual's experience since something like death anxiety cannot be objectively ascertained or examined is what I attempted to comprehend from its existential context.

You are sending a message to
Varsha Dutta pujari
Go back 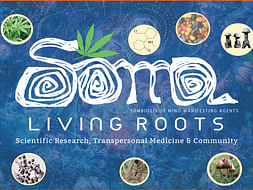