Duraisamy Sat There Bleeding And No Doctor Came To Attend To Him | Milaap
This campaign has stopped and can no longer accept donations. 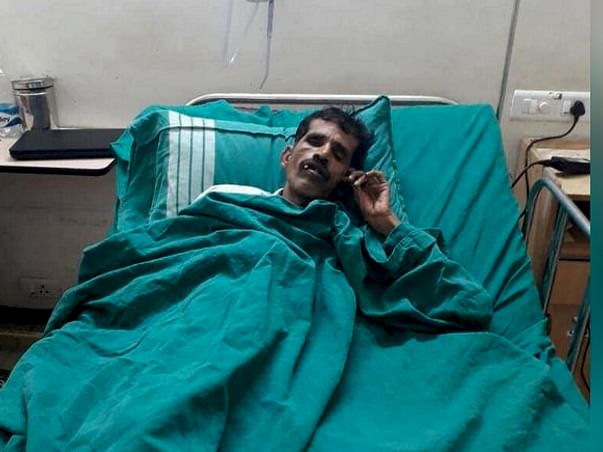 Duraisamy's family is worried as they huddle around him at home. They are still giving prayers that Duraisamy is recovering after the horrific accident he had a month and a half ago.
"We were terrified when we saw him in the hospital. My father holds the family together. Without him, what would we do?!" - Sudha, his daughter
45-year-old Duraisamy is the sole bread winner in his family. He has two children- Sudha, who is 24 years old, and a son Suresh, who is 21 years old. Both children are studying and are dependant on their father.

Duraisamy is a tailor, and owns a small shop in Tiruppur. The trade is not constant. The best time for business is around May- June, when schools start. Parents get their children's uniforms stitched, and Duraisamy makes anything from Rs 150- Rs 350 per uniform
Suresh and Lakshmi- who are waiting for Duraisamy to recover from his ordeal

He was thrown away to the road in the impact of the accident.
In the late night hours 1st June, Duraisamy was traveling with his son after work. His son was driving. There was a lorry approaching at high speed. Suresh stopped the scooter on the side of the road, waiting for the lorry to pass.

When the lorry came close to them, the passenger side door opened. Suresh was able to duck, but Duraisamy did not see the door open at such high speed, and was thrown away.

Duraisamy lost consciousness then. He was losing a lot of blood. Suresh and the lorry driver rushed him to the government hospital, but doctors did not attend to him. When Sudha and Lakshmi went to see him at the hospital, he was sitting on a ward bed, bleeding profusely, with no doctor attending to him. The skin on the right side of his face had peeled off.

Duraisamy was in the ICU for multiple days

Duraisamy is very weak already, and hence his bones were badly damaged in the accident. He had multiple facial fractures. The entire right side of his face was open- leading to air exposure. This caused inflammation of the brain.
Duraisamy needed two surgeries to recover. Doctors said he was too weak to have both the surgeries at the same time. Duraisamy underwent the first surgery to put a plate in his cheek. He then spent 3 days in the ICU to recover. Now, he is without help for the second surgery.

Duraisamy is the only one supporting his family. Without him, they are struggling to manage their daily expenses. Duraisamy met with the accident in June- at a time when his shop would have been the busiest. Now there is nobody to take care of the shop, and it's in losses.

Duraisamy needs one more surgery to recover completely. Your contribution can help this father recover, and save his family.
FIR COPY 2 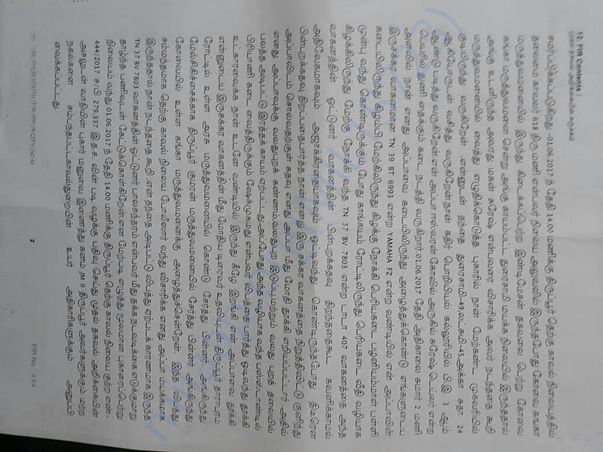 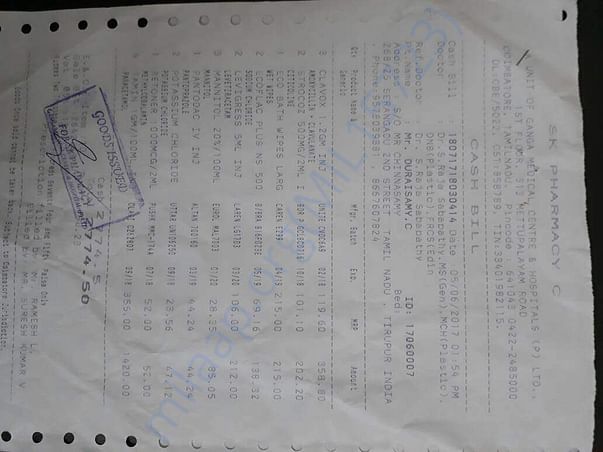 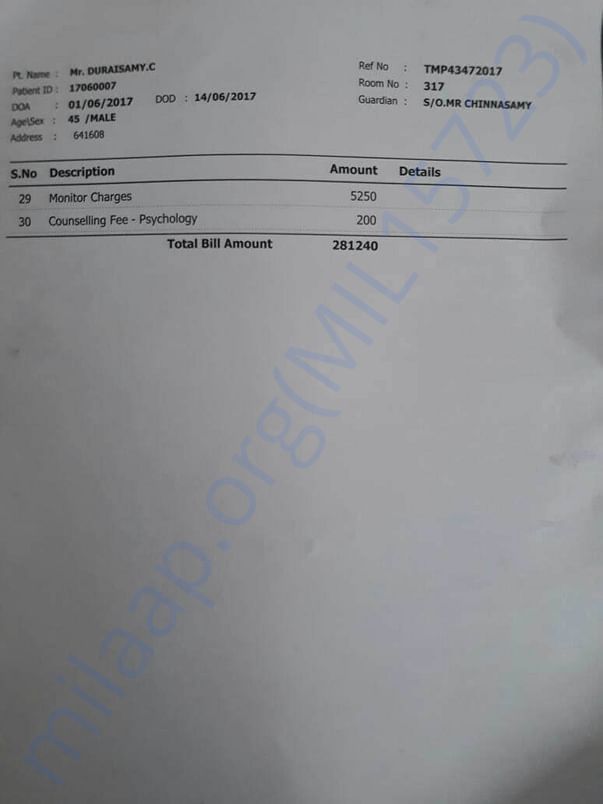 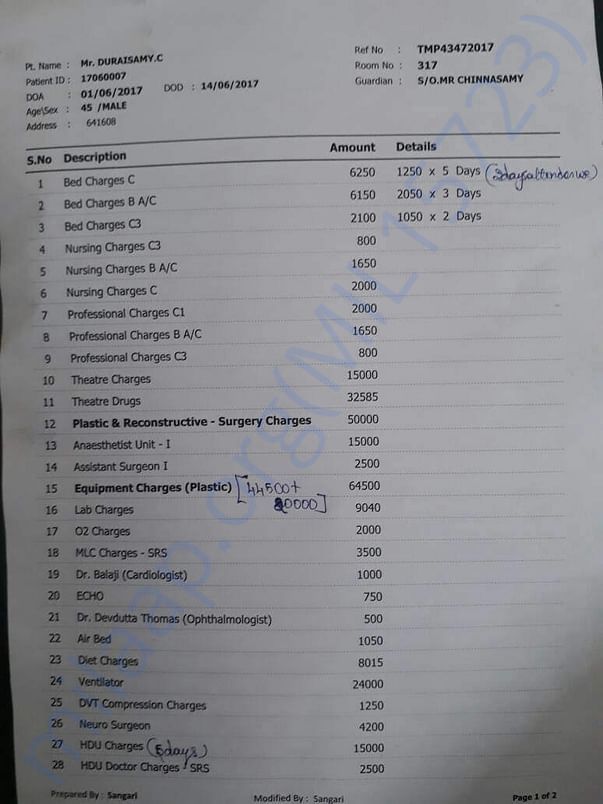 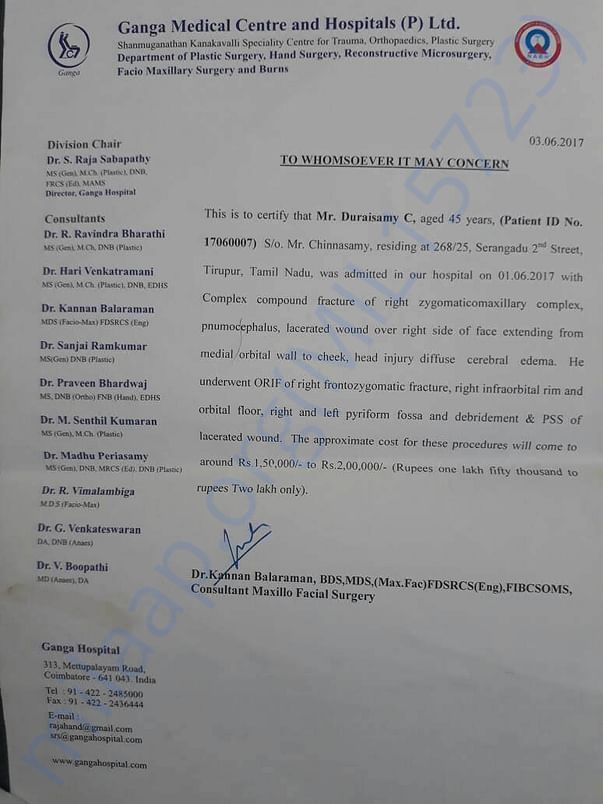 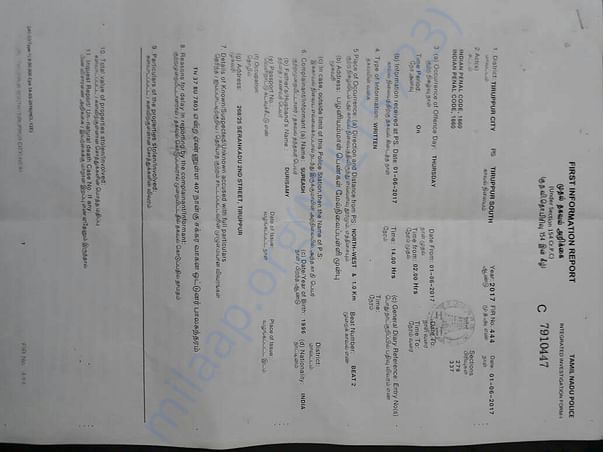 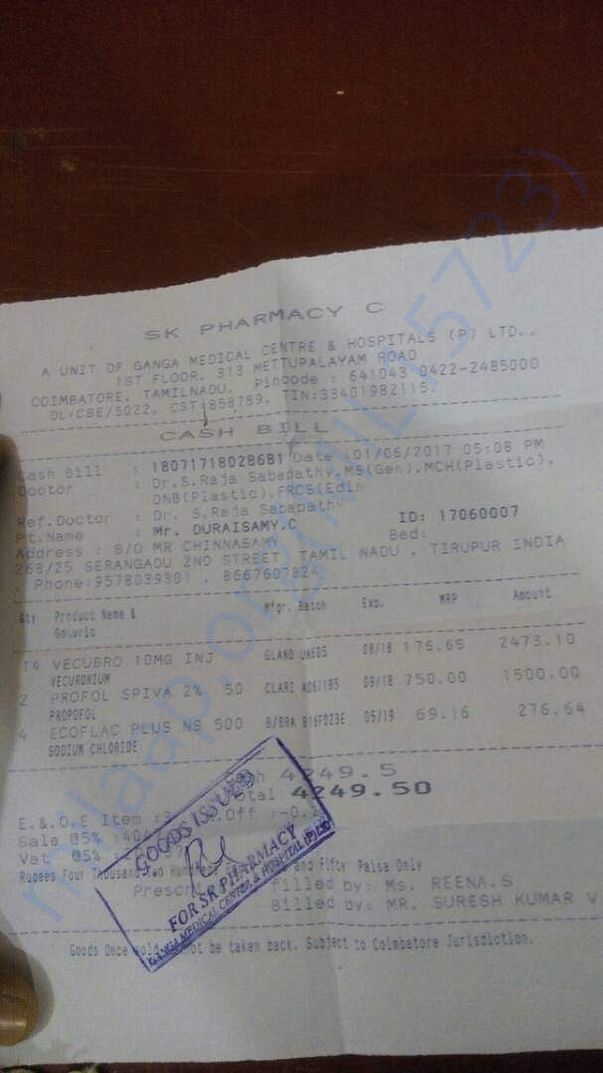 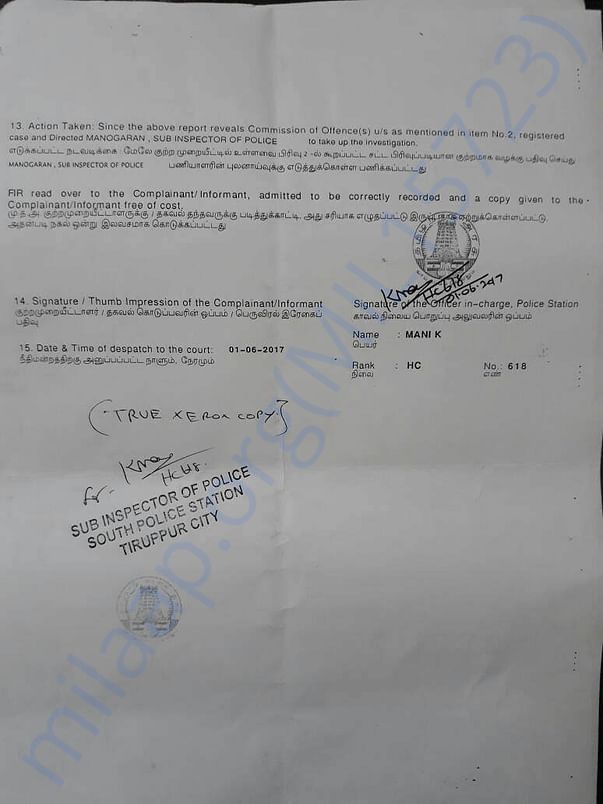 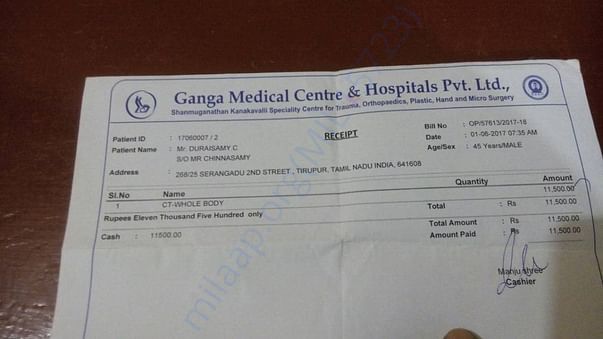 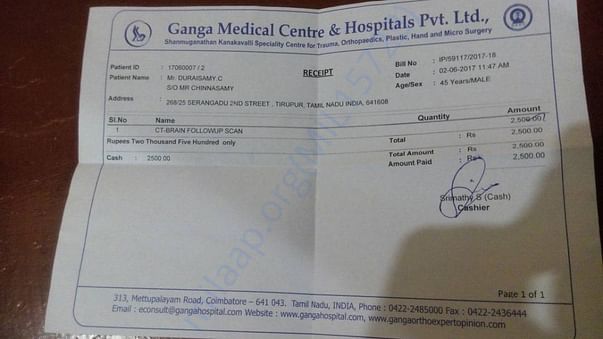 Ask for an update
Donated to this campaign via Paytm or bank transfer? Click here if you have not received an email confirmation from Milaap.
The patient has recovered well with the first operation. We will not be in need of funds.
Regards,
Dear Supporters,

The patient has recovered well with the first operation. We will not be in need of funds.
Hence, we are stopping the campaign. Thank you for your wishes and your support towards Duraisamy.

Donate
Report fundraiser
See how thousands are crowdfunding for their causes on Milaap
Rs.600 raised

Donated to this campaign via Paytm? Click here if you can’t find your donation listed below.
A
Anonymous donated Rs.300
JS
Jai donated Rs.300

May he will get well soon

Donated to this campaign via Paytm? Click here if you can’t find your donation listed below.
A
Anonymous donated Rs.300
JS
Jai donated Rs.300

May he will get well soon

You are sending a message to
anand sivasankaran
Go back 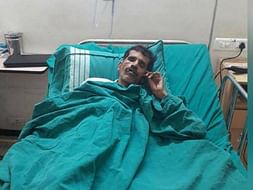