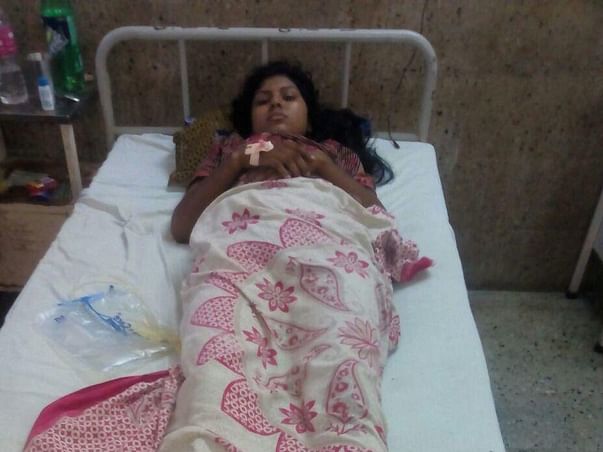 This fundraiser collected will go to a girl called Babli who is 18 years old from Jharkhand. She had a major accident on 21st July while she was riding her cycle while comming back from her tuitions she belongs to a very poor family background and was initially admitted to RIMS in Ranchi. Curently she is admitted to Gulmohar hospital.
she has severe injuries and fracture on her head, spine and back bone.Her parents carried her to nearby city Dhanbad but doctors there were not
confident to handle the case and referred her to Ranchi.She is presently admitted to Govt hospital RIMS(Rajendra Medical College Hospital) Ranchi,
around 165 KM away from her native.Now doctors there have told to submit at least 2 to 3 lakhs to start the operation.
And the expected total cost is around 4 to 5 lakhs.Her parents are very poor farmer and arranging even 20 thousands is very difficult for them. They have already sold almost all their land to repay previous loans, marriage of sisters, dowry, etc.Babli's parents are in very helpless situation and crying all over the village to save her child.
Some villagers have helped but its very less like peanut. Babli is in severe pain and needs urgent medical help and operation. As her parents aren't very tech savvy, I am requesting on behalf of them to do prompt and generous donation to save her life.I have attached newspaper report of accident, her photo, and some medical reports.
You can even read Prabhat khabar online dated 28/7/17,Ranchi edition. we want some help and support for this girl.