Help 20-year-old girl's efforts to create Rape Proof Underwear | Milaap
This is a supporting campaign. Contributions made to this campaign will go towards the main campaign.
Milaap will not charge any fee on your donation to this campaign. 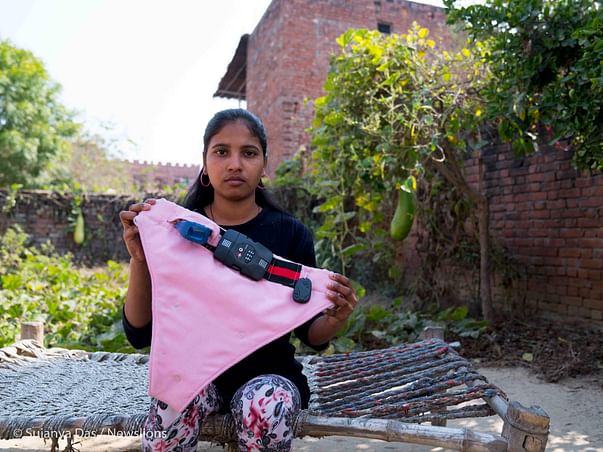 A 20-year-old girl has developed what she claims are rape-proof panties featuring a lock, a GPS alert for police and a video camera to record an attacker's face.
Seenu Kumari, born into a poor family in Farrukhabad, Uttar Pradesh, has spent less than Rs 5000 (around GBP 50) in creating the pants that comes with an emergency call button and a combination lock.

The pink garment, which the teenager is hoping to take to the wider market, is also bulletproof and cannot be cut by a knife.
Why the need for such a product?
The incidents of rape are being reported with alarming frequency from every village and city of Uttar Pradesh and India. Even little girls are not spared. Girls aged 5-7 are being brutally gangraped. Seeing these recurring incidents of brutality against women, I thought of developing something that would help protect our little girls and women from the potential rapists and give them the confidence to step out of their homes.

"This is why I have developed the rape-proof panties that would protect their dignity in the event of a sexual attack,” said the 20-year-old undergraduate student of Sri Purshottam Degree College, Rajendranagar, Mainpuri.

Kumari said, “I have put a smart lock that won't open till you key in the password. I have also installed an electronic device that is equipped with a GPS and calling facility. When somebody tries to molest a woman, this device will send out messages to relatives of the woman and also to the police. The cop would be able to arrive at the crime scene following the GPS and foil the rape attempt.”

She has also installed a video recorder so that it could capture and store the identity of the culprits.

“A woman doesn't need to wear this underwear always. She can wear it when she is travelling alone or if she finds a place unsafe. This can help save the woman from wicked men who would try to violate her dignity,” said a passionate Seenu

If a woman wearing the underwear comes under attack, she could press a button on the device which would call a pre-set emergency number. The prototype for the underwear has been patented by National Innovation Foundation in Allahabad.

'If we use better quality of clothes and equipment, it will be ready to be use and sold in the market. I have used bullet-proofclothes, water-proof clothes and soft-clothes which will make it comfortable to wear. This is also washable. It is made of bullet-proof cloth that cannot be torn even with a knife. The price of this rape-proof underwear prototype is Rs 5000 as of now but it would come down drastically once we start producing it in bulk,” said Seenu, whose poor parents are unable to support his dream project.

Seenu would like to do further modification in her innovation and make it market-ready. “In the coming days, this project will be available in the market as a Survaksha Kavach (Safety shield) for us,” said Seenu, adding,

”The rape-proof underwear that I have made is just a prototype. I have used cheaper products in this as I had limited resources. This is why the clothes I have used in the prototype are substandard, the digital lock is bulky, the devices look a little out of place and the recorder is also dangling out. When it is produced in the factories, it will come in different sizes and look like the regular panties sold in the market.”
She intends to use a sleep GPS device that will be on the inner side. The recorder will also be concealed. “Only the charing system and the emergency button with be visible, rest of the things will be concealed,” she added.

Her mother Umakanti Singh is all praises for her daughter. “When Seenu told me 'mummy I want to prepare a project for which I need money’. I encouraged her to develop the idea and assured that I will her the money in phases. I would be glad if this become successful.”
Endorsing her daughter’s invention, the 40-year-old proud mother said: “I am very proud of the invention. She has done a great job. Seenu has been a very bright student since childhood. She always wanted to do something big in life. When I go out alone, I would wear this underwear. If women and the girls also wear this while going out, it will provide them security. When our sisters and daughters go out of alone, this underwear will help save them from the attackers."

Now that Seenu has got her prototype patented and she is got a lot of international media attention, she hopes to get some help to further fine-tune her product.

“My parents have done whatever they could so far. I know Rs 5000 is a little too high for the panties. We have to bring down that price and make the patines available to girls and women in villages. I appeal to the netizen to please help me in whichever way you can."

Fund Utilization
Seenu would require funds to buy the items required to build the product and would also require funds to continue further research and development of the prototype and further fine-tune it to make it market-ready at an affordable price. She requires around 1 lakh for the same.
Items required to develop the products -:
Smark Digital Lock
Waterproof GPS tracker with location
Spy camera
How Can You Help
Please help Seenu's dream of helping those hapless girls who are confined in side their houses, not allowed to go out and live their life.
Disclaimer: The text, pictures and video is a copyrighted content of Newslions Media. Write to editor@newslions.com or reach out to us for seeking permission to use this content.

We have been doing well but we need more support in terms of development and the growth. Please keep supporting.

You are sending a message to
Amit Sharma
Go back 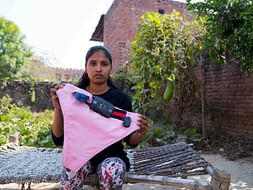