Help Yuva Sewawan Club | Milaap
This campaign has stopped and can no longer accept donations. 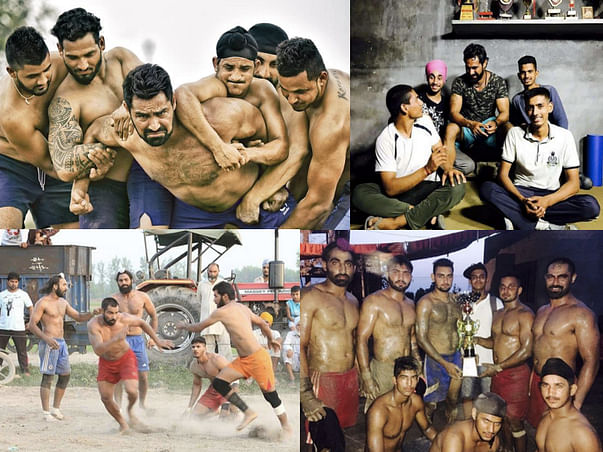 How often do you see people from glamor world volunteering for a social cause without any profits?

Inder Bajwa, a well-renowned name in the model industry quit his soaring modelling career and returned to his village in Punjab to help fight the drug menace.

Inder Bajwa left Bajwa Kalan for Delhi in 2005 at just 21 years of age. After gaining popularity, he moved to Mumbai, participated in the Mr. World contest and became an instant hit in the fashion industry. He became the face of 'Raymond: the Complete Man' and even acted in a Punjabi movie titled Saadey CM Saab, a comedy thriller.
You're probably wondering why a man with such a beaming career would throw it all away.  Inder Bajwa lost his 17-year old cousin to drug abuse. He returned to Bajwa Kalan in 2014 to do what he could to curb his hometown from the creeping menace.

Punjab has scary statistics of drug abuse, with reportedly every household losing one male member to this evil. Just raising awareness isn't enough, as Bajwa correctly pointed out.

Punjab villages generally have very well-trained kabaddi teams and so did Bajwa's village. In fact, his village team was always number one in the inter-village competitions. But over the last decade, the team dismantled, as drugs claimed and consumed the youth.

He felt that the village youth lacked a respectable role model as most of the older generation had moved away from the village into cities or abroad. Moreover, due to limited means of recreation in villages, the youth easily fell prey to the temptation of drugs. Bajwa understood this and set his goal of building a kabaddi team. He wanted to engage the youth in a healthy positive activity to lure them away from falling into other traps.

Bajwa restored his village’s kabaddi ground, which had fallen into disuse, to its former glory. Punjab has a rich kabaddi tradition and there are competitions with hefty prizes. Bajwa is training the youth of his village and hopes to have a competent team soon. He did not just stop there, he has also sought the help of his friends in Delhi and Mumbai so that he can set up a well-equipped gym in the neighbourhood.

Bajwa's life in the village is drastically different from what he had got accustomed to living in the city. He was a successful model, had the right connections, everything was going uphill for him. His mentor was Rohit Bal and he had built friendships with high-end designers Sabyasachi Mukherji and Varun Bahl. Other influential friends included model Sheetal Malhar and writer Nikhil Khanna.Despite all this, Bajwa stayed true to his roots.

To realise his dream for the village youth, Bajwa wakes up by 4.30 and practises with the boys he trains or plays on the kabaddi courts of a village nearby with their players. He helps out his mother with her chores in the afternoon and begins intense physical training in the evening.

Bajwa is in his early thirties now, is only set on one goal and that is to provide a strong, reliable kabaddi team to his village.
He has also sought the help of his friends in Delhi and Mumbai so that he can set up a well-equipped gym in the neighbourhood. A football coach has been hired to further train these youth in another sport.
Inder Bajwa, has taken a few but significant steps, which have come to fruition. Now children and youth from neighbouring villages come to him to train and play.

He’s now looking for support to fulfill a dream where children can come fulfill their dreams.....
Ask for an update
Donated to this campaign via Paytm or bank transfer? Click here if you have not received an email confirmation from Milaap.
Dear Supporters,

Thank you so much for your contribution to the SAANJH MELA. It was a day where many people gathered and enjoyed.

Many people performed for the first time on stage. The years rolled back as rich Punjabi tradition came back to the forefront and 70 yr old women danced like young girls. But more importantly, it gave a platform for the young girls and boys of our villages to showcase their talent. From organizing to performing, it filled them with belief that they can shape their own life.

And it provided a platform for many more people to join in our campaign of sports. We saw a footfall of 2000 people for villages nearby, we saw 15 performances, we had live media coverage and we all went away with memories to cherish and hope for the future.

I am really lucky to have so many friends and well wishers who stood by me in the time of need. Mela was a success because we all united for one cause to uplift youth and Mothers of this land. This is the beginning of change, with time we will take it to every corner of the world.

On behalf of the entire village of Bajwa Kalan, thank you for your support. Looking forward to your continued engagement as we spread our message to empower the youth of Punjab and take this voice to even more villages.

Good luck for this initiative Inder and Jagnoor.

Good luck for this initiative Inder and Jagnoor.

You are sending a message to
yuvaksewawan club
Go back 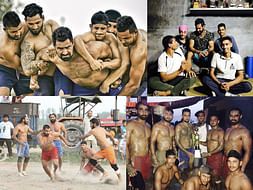