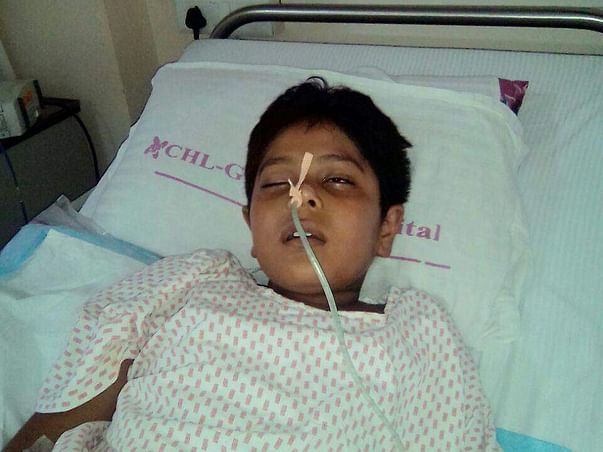 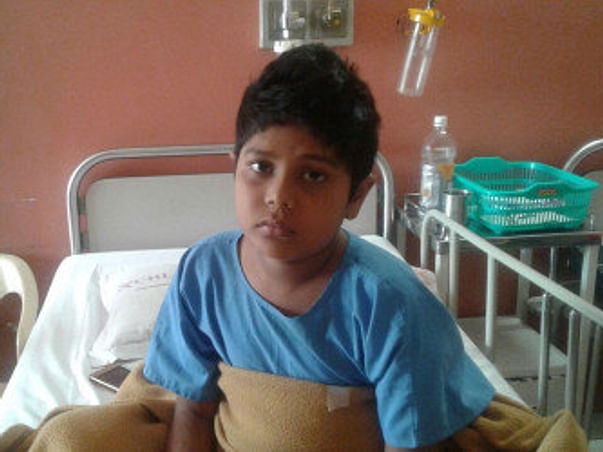 "The hardest thing for a mother to do is to look at her sick child and know that she cannot afford the cost of his treatment".

11-year-old Vedansh is a blood cancer patient. Every day is a struggle for him. He is terrified of going to the hospital, but the treatment is the only thing keeping him alive. He can be saved if his family can afford the treatment.

Things were fine for Veena and her husband Rajan. Rajan is an agricultural worker. They have two children - 16-year-old Tushar, and 11-year-old Vedansh. This was a small but happy family until Vedansh fell sick.

He was diagnosed because of a severe stomach ache

Around 2 months ago, Vedansh got sick- he started vomiting. Veena thought that he had a stomach problem, and took him to Bombay Hospital, Indore. The doctors said that his platelet count was low. Vedansh was admitted and he underwent platelet and blood transfusions for a week. After this, Veena and Rajan could not afford the hospital costs and had to take him home.

Vedansh fell sick again. This time, Veena was determined to admit him. They had previously consulted with Dr Vinay Bohara - and now went to him at CHL in Indore. Dr Vinay diagnosed Vedansh with Leukemia - blood cancer.

Dr Vinay recommended chemotherapy as the course of treatment. Vedansh now undergoes chemo twice a week, and then goes home. He needs treatment for months before it is done.

Vedansh's illness has changed the family

Veena and Rajan live far away from the hospital. They cannot afford to have Vedansh admitted in the hospital. They have temporarily moved in with Veena's sister, as her place is closer to the hospital. Vedansh's brother Tushar stays with his grandparents, and goes to school from there. Lately, says Veena- Tushar has been feeling lonely without his family, and worries about never seeing his brother again.

Rajan and Veena are desperate to save their younger son. Rajan earns a mere Rs 5,000 monthly. He works as a daily wage earner- and the days he misses work, the family does not eat. Vedansh wants to recover and go to school - and Tushar wants to play with his younger brother again.
Your support can help Vedansh recover and lead a healthy life.