Help Thangaraj Fight A Blood Clot In His Brain | Milaap

Help Thangaraj Fight A Blood Clot In His Brain 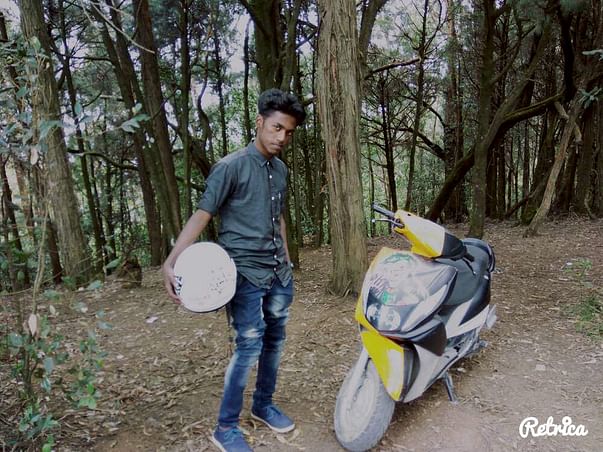 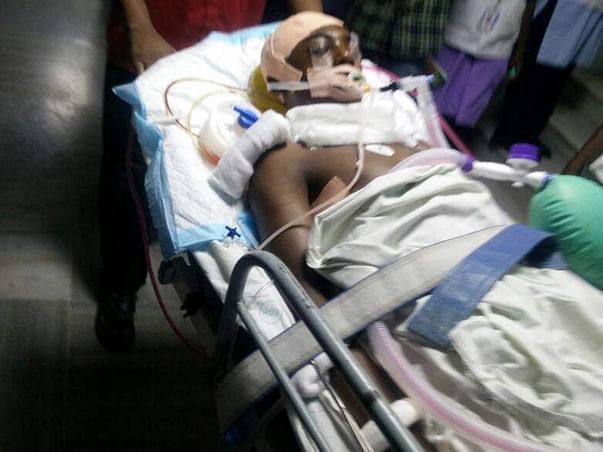 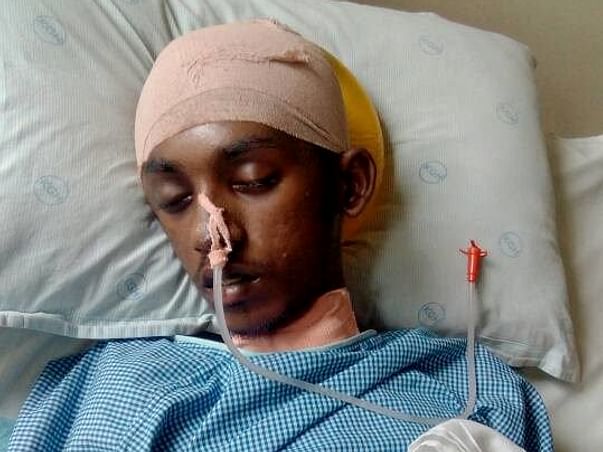 Previous Next
Nineteen-year-old Thangaraj was on his bike when he was hit by an oncoming lorry and knocked over unconscious.
"My world came shattering down. One minute I am speaking with him on the phone, the next, he is unconscious, critical, filled with tubes." - Murugesan,46, father of Murugesan
Murugesan is a labourer specializing in tile work in a construction company and is the sole breadwinner for his wife Kanakavalli and son, Thangaraj.
Thangaraj, an engineering student, had decided to meet with his father at his grandmother's place, 1 kilometer away from his house. He stepped out of his house and mounted his bike. He traveled only 20 meters when a speeding lorry from the opposite direction collided with his bike and threw Thangaraj on the road.

Passersby who witnessed this horrific incident did not waste any time in taking Thangaraj to the hospital where he was wheeled in to the Intensive Care Unit for a craniotomy surgery.

A craniotomy is a surgical operation in which a bone flap is temporarily removed from the skull to access the brain. Craniotomies are often critical operations, performed on patients who are suffering from brain lesions or traumatic brain injury (TBI).
Thangaraj just completed his second year of engineering and is a brilliant student.

"His batchmates, friends and even teachers visit him regularly. To know that my son has created such an impact is so heartwarming," said a teary-eyed Murugesan who does not allow his financial constraints come in the way of paying his son's college fee promptly.


Murugesan and Kanakavalli are facing their biggest hurdle, trying to keep their son alive. Thangaraj has had a successful surgery and is out of the ICU.

"We are relieved. It kills me that I cannot provide for my son's treatment. I am and will continue to do everything that I can to give my son the best life," said a distraught Murugesan.

When he is not at work, he is at the hospital, getting medicines and sitting by Thangaraj's side trying to cheer him up as much as possible.

Your support can help this brilliant student and his distraught parents pay the medical bills and ongoing treatment and successfully come out of this tragedy.
Estimated bill for the surgical operation of thangaraj 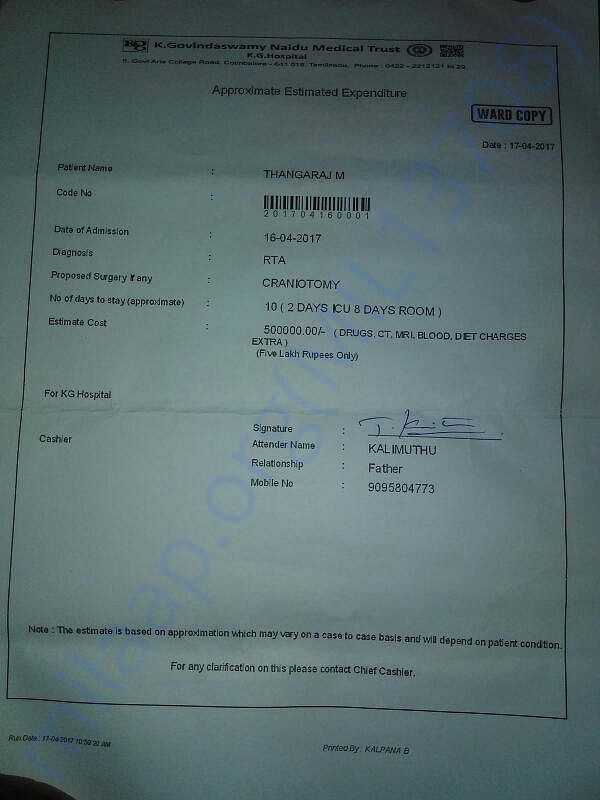 We have some good news to share with you today. Thangaraj has been discharged on 6th August 2017.  He is able to respond to everything that we tell but he is unable to communicate properly. He has issues walking as he was bed ridden until recently. He is undertaking physiotherapy treatment to strengthen his muscles.

Thank you for all the love and support. We could not have given him another chance if not for all your support and blessings. Please do pray for his recovery.
Dear Supporters,

Here are some images of Thangaraj following the last update.
He is now in a normal ward.


Thank you for your support.

This is to inform the donors that Thangaraj has been admitted in general ward two weeks back and doctors are saying that he still needs to be in hospital for two more weeks. He is still unable to open his eyes. Their parents have paid 8 lakhs till now and they still owe 2.5 lakhs to the hospital.

I wish to take this opportunity to thank the donors for contributing to this campaign and also try through other friends to pay the remaining debt amount. I will soon upload the receipt which states the remaining debt amount to the hospital.
Load more
Donate
Report fundraiser
See how thousands are crowdfunding for their causes on Milaap
Rs.73,435 raised

You are sending a message to
Showrya
Go back 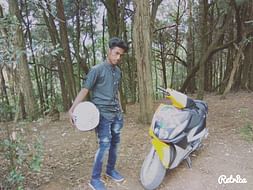 Help Thangaraj Fight A Blood Clot In His Brain