Share
Baby Supriya’s loud wails resonate across the children’s ward of the hospital all through the day. The scene inside her room is much more heartbreaking. With a bloated stomach twice the size of her body, this 1-year-old wriggles in pain while her mother tries to calm her by humming and rocking her gently.

“She is turning into nothing but skin and bones. My daughter has lost more than 1kg now but her stomach… it swells more and more each day. It looks like it can burst any time and now I’m scared even to lift her. Sometimes she tries to turn over and starts crying when her stomach brushes the bed. Even touching it gives her agonizing pain...” – Karthika, Mother 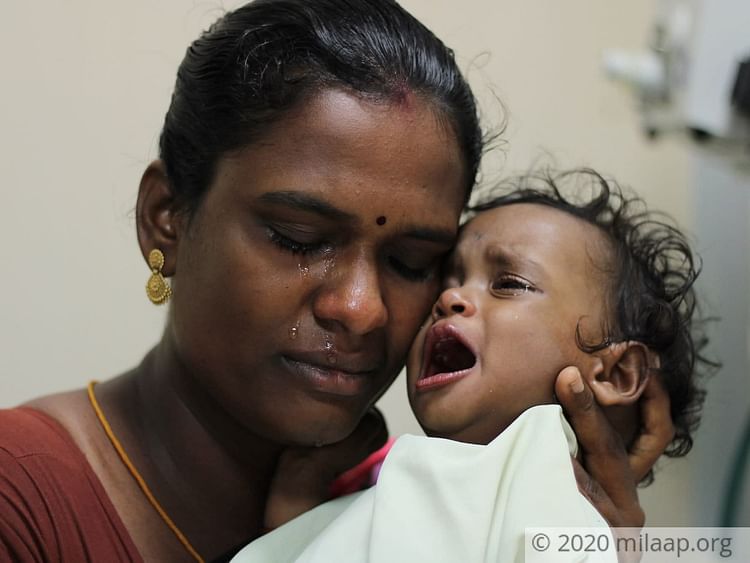 45 days after she was born, they almost lost her

“I knew something was wrong when she refused to feed. Her stools were white in colour, her eyes became yellow. Our doctor told us it was jaundice and asked us to take her to a bigger hospital, but we didn’t have money. Even buying my child a diaper was so difficult that I used to use my old cotton saris. The next day her temperature rose... and she didn’t wake up. She didn’t cry and was unusually silent... I thought we lost her...” – Karthika 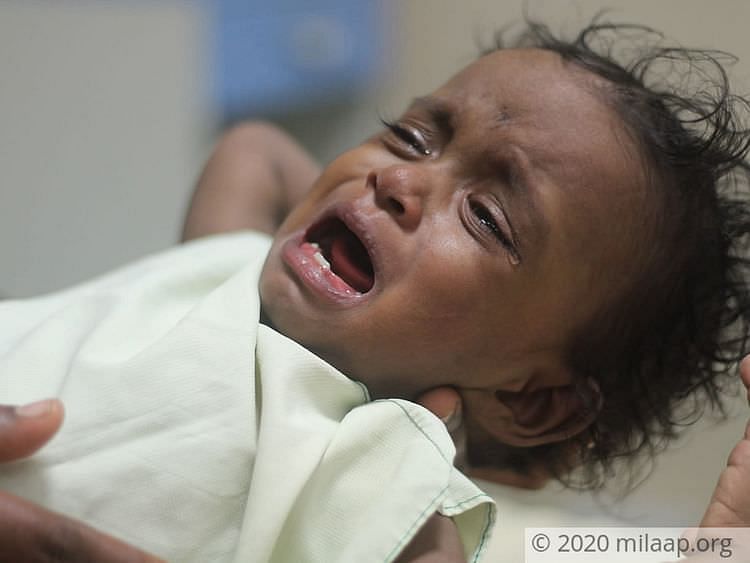 Every day wasted can be fatal, only a new liver can save her

Prabhu (father) ran, begged and borrowed some money from his neighbours, took a cab, and admitted her in a multi-specialty hospital in the nearby city. She was diagnosed with a life-threatening liver disease called Biliary Atresia, which was poisoning her little body with a toxic substance produced by the liver called bile. They did an immediate Kasai procedure, meant to slow the damage, but by then it was already too late.

“They said the surgery was only temporary and that my baby needs another big operation within two months. Me or my wife are to give a piece of our liver to her. We don’t mind giving everything we have to save our little girl’s life, but the transplant's cost is 25 lakhs! We don’t even have 2 lakhs rupees to take the donor test. How will we afford it?” – Manikanda Prabhu, Father 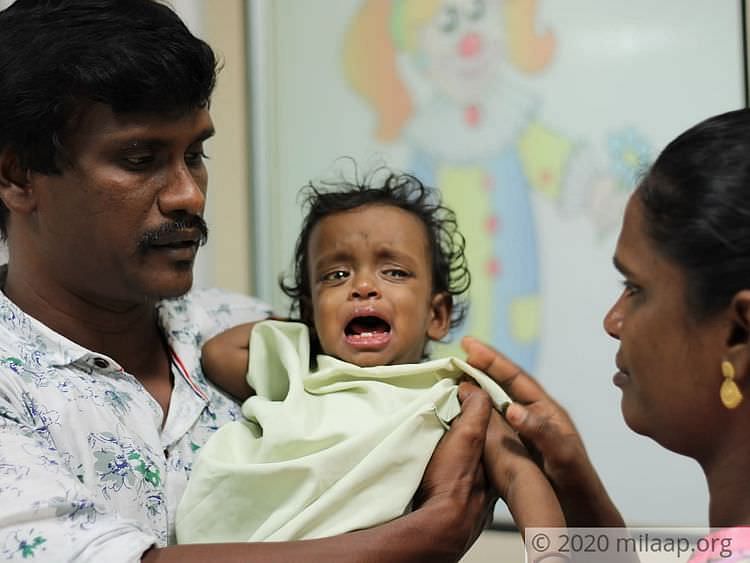 With not even a penny left, Prabhu hopes for a miracle

Prabhu lives with his family including his elderly parents in a thatched house and manages the expenses with a daily wage of Rs.200 that he earns working in a grocery shop. While he struggles to buy even a packet of baby-food for his newborn, the idea of needing lakhs to save her is giving him sleepless nights. He has no valuables to sell and is already struggling to pay interest for the loans that he borrowed for Supriya’s treatment. With only a month left for her surgery, he hasn't even managed to collect a lakh, and hopes for a miracle to save his daughter's precious life.

Baby Supriya’s life has been nothing less than pain and suffering for the past one year. She is fighting to live each day and only you can help her get a transplant. Please give this tiny human the gift of life.