35-Year-Old Sunitha is admitted to the hospital, fighting a disease that threatens her life. Her husband, a sweeper, and her 10 year old son are the only ones near her, trying to help. Sunitha was brought to the hospital having blockages in lungs, clots in brain. The family has been struggling without money for pay for her treatment.

Family on The Verge Of Suicide, Unable To See Sunitha Suffer

Sunitha has loss of memory and is in a lot of pain. She was doing well few months ago. Three months ago, Venkatapathy received a call from his mother-in-law who informed that Sunitha fainted and fell. Sunitha's neighbours had informed her mother who called Venkatapathy who rushed home and took her to a near-by hospital.
This repeated again after few days and this time, Sunitha, was taken to the hospital in a serious condition. She was admitted to a Billroth Hospital in Chennai.
She was discharged but was again admitted to the hospital after few days. Now, Venkatapathy has no money left to continue her treatment. Unable to see his mother suffer, 10-year-old Mohan Babu, told his father one day that he wants to end his life. Venkatapathy was shattered to hear his son hear these words. He is unable to function normally, constantly worried that his son will take extreme steps. 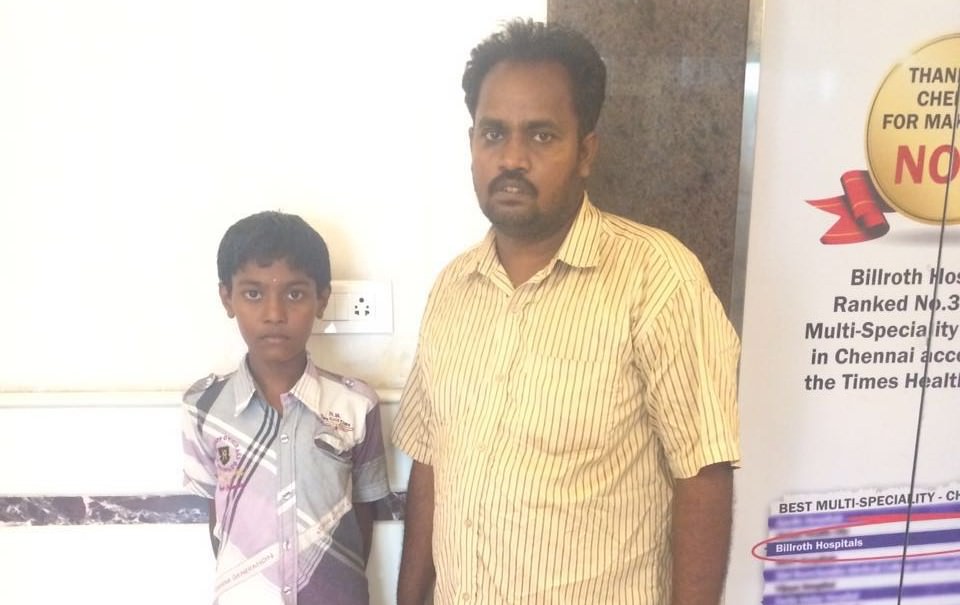 She Lost Two Children, Seeks Help To Stay Alive For Her Only Son

Sunitha had lost two babies in the 7th and 9th month befor their birth. This had put her into depression. Sunitha longed to have a child but since they had no means to afford better treatment, they had lost all hope. Sunitha was taken to the government hospital after her abortions. She was given precautionary medications. 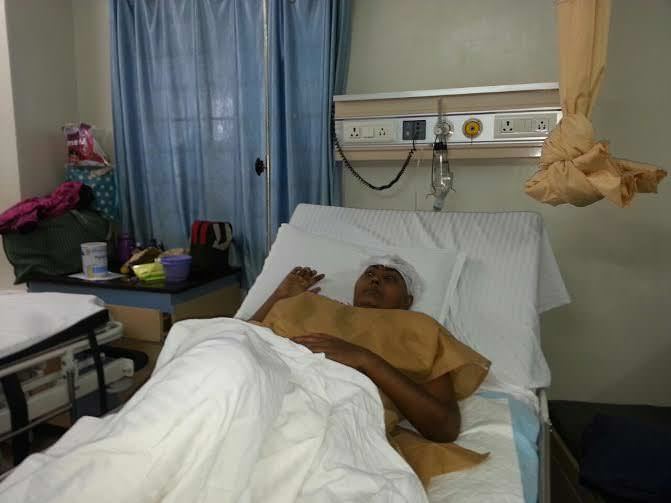 But Sunitha conceived, Mohan Babu. Her joy knew no bounds to see her own child in her hands. Slowly,she started forgetting the bitter memories of losing her children.  During the next few years, Sunitha kept falling ill and complained of fatigue. But she didn't let her son know about anything. Seeing her in this condition, has affected Mohan Babu to the extent that he thought of ending his life.
Sunitha doctor, explains that she has a serious condition, "She has a condition where her two abortions have led to contamination and blockage. The remains of the aborted foetus affects the circulation. It is a miracle that Sunitha had a child after this complication."

Sunitha needs to hospitalized to remove her blockage and remove her clots from her brain. She is in need over 3-4 lakhs for the immediate treatment and will be in need of more for follow-up treatment which will be very crucial for her complete recovery.

Your Contribution Will Save Sunitha

Sunitha held on to life for her son. He means the world to her and same for him to her. Our support will help Sunitha take treatment and stay alive for her son.