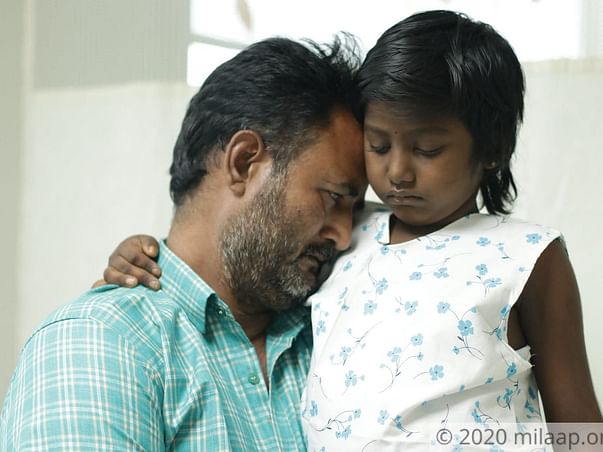 “Every single moment I pray for my daughter to get better. My wife and I, we just... we can’t take any more pain. We just can’t...”

Subramanyam sounds desperate and tired, as he wipes his tears with one hand and strokes his daughter's forehead with the other.

It hasn’t even been 5 years since he lost his older daughter. Now, the same disease that killed her is moments away from killing his younger daughter too. 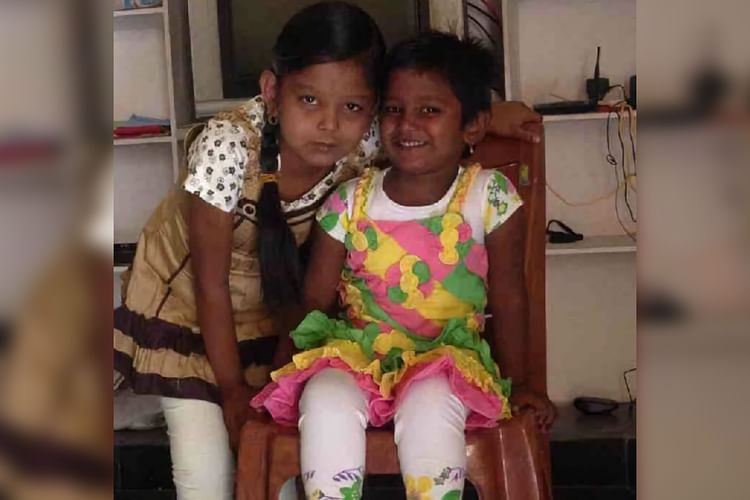 The only picture ever taken of Tejasvi and Sneha together
When 8-year-old Sneha developed a fever that just wouldn’t go away, Subramanyam and Neeraja had been worried. When her eyes started turning yellow... these poor parents were terrified.

“It felt like a nightmare, our worst fears coming true. We recognized these symptoms, we had seen the same signs once before already, many years ago. It’s how our first daughter, Tejasvi, began falling ill. First she got fevers, then she developed jaundice, and then her stomach, arms, and legs, swelled so much she would cry all the time. Then... then she passed away, at the same age as Sneha is now!” 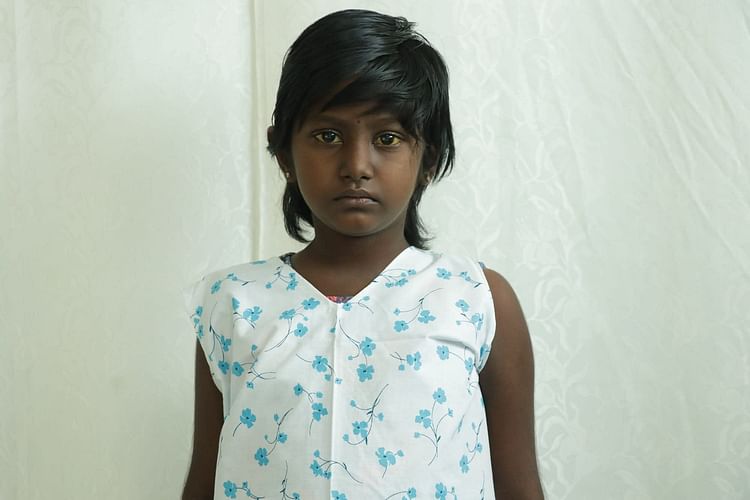 Only an urgent liver transplant can save her now

When Sneha’s eyes started becoming yellow, Subramanyam rushed her to a local clinic. Though he had been mentally preparing himself for the worst news, he was still stunned when the doctor said her condition seemed to be quite serious, and that they should take her to Hyderabad immediately. Once they reached here, Sneha was admitted for 1 week, and during this time a number of tests and were run on the poor girl. To her parents’ immense dismay, Sneha was diagnosed with Wilson’s disease, the same liver disorder that killed her older sister. Her condition is critical; she needs a liver transplant within the next few days to survive. 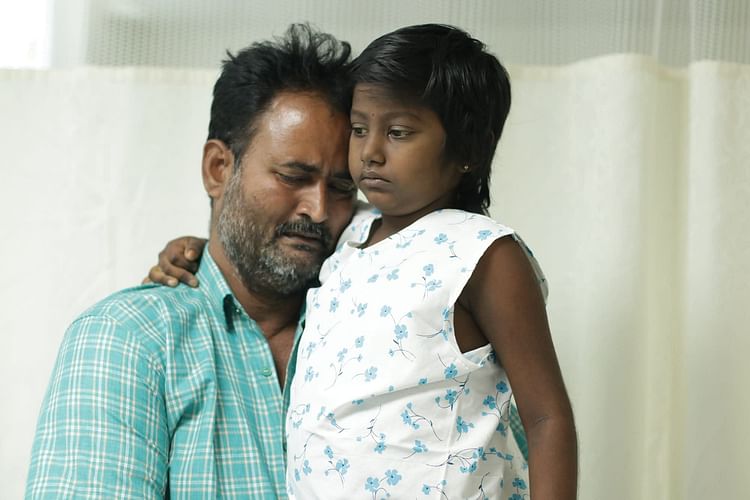 "We’re just farmers. We still haven’t even recovered from trying to save Tejasvi 5 years ago, when we spent everything we had at the time! Ever since then we’ve been struggling to get by, and this year has been the worst because of the pandemic. And now this! Will our suffering never stop? Did we commit some sin in some previous life? If so, why should our innocent daughter have to pay the price?! They’re saying she has maybe a day or two, but even if we had two years, we can’t raise such a sum!” — Subramanyam and Neeraja

Neeraja is ready and waiting to donate her liver if it saves the only child she has left. But the cost is insurmountable for these farmers. You can help, by clicking here to donate.