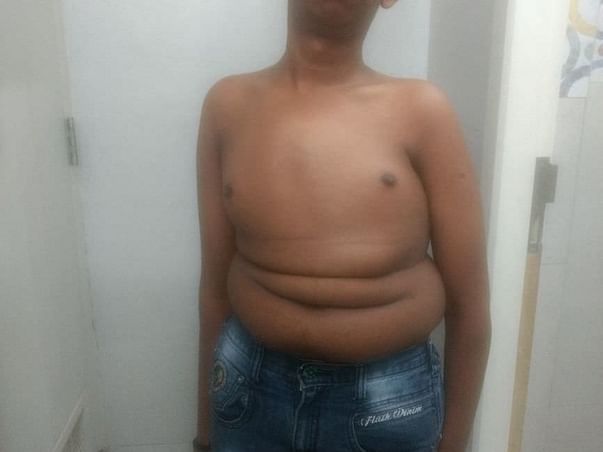 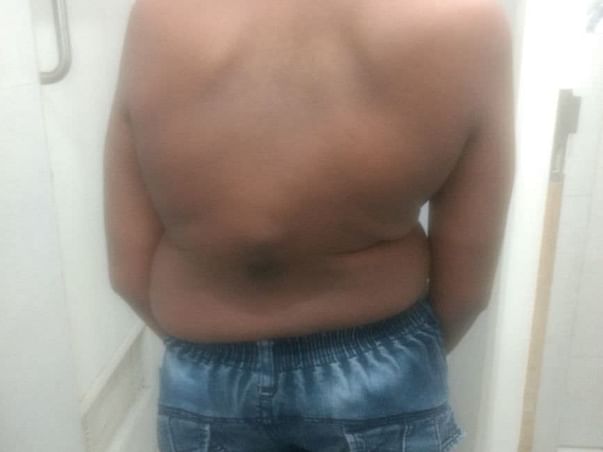 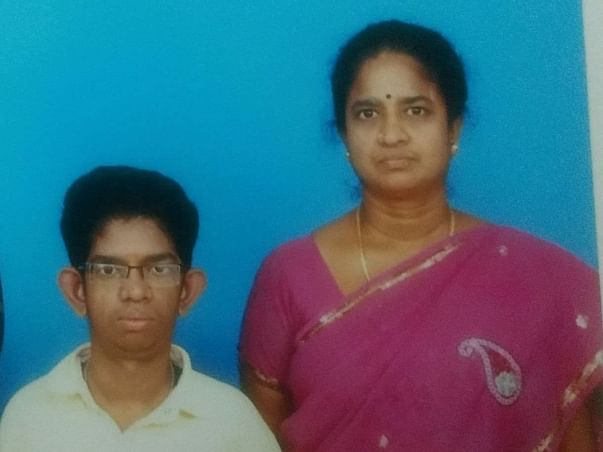 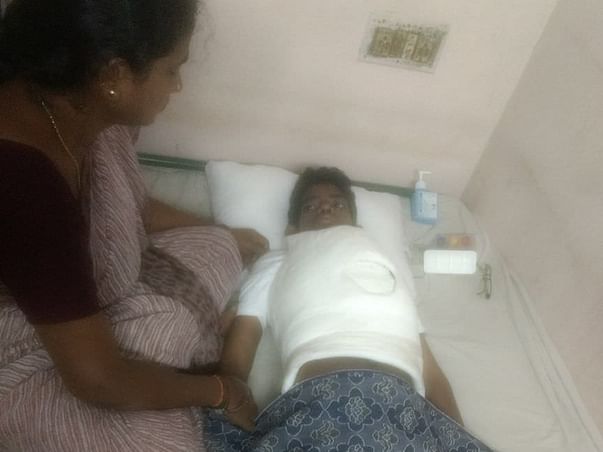 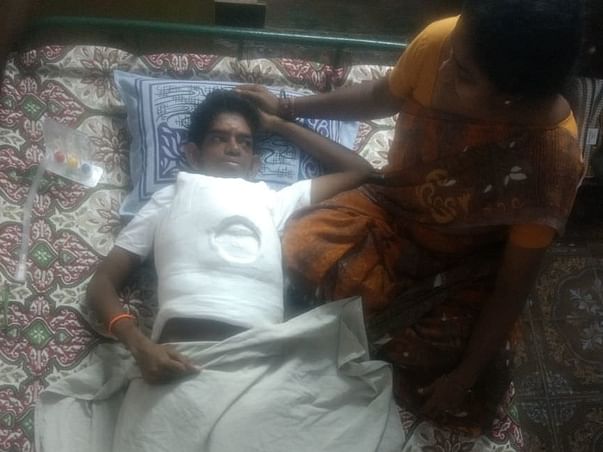 M.SHIVA, now  18 has been sufferring from a severe spinal cord problem for the past 10 years. It's a nightmare for a single mom to see his son Shiva  suffer everyday and unable to sleep because he cannot lay down on his back. It started off as a small when he was 3 years and as he grew, the disease  grew and affected his spinal cord, due to which he cannot stand straight or lay down on his back.

Parvati is a single mom, who
lost her husband when Shiva was young and has been raising her kids with a meagre
salary she gets from his labour job. She works so hard to run the family and to
meet their ends. The doctor advised couple of surgeries when he  was 5 years old, but due to financial
condition she was not able to afford the surgery. Now Shiva needs urgent
surgery to survive and the doctors had told Parvati, it is now or never and
that he doesn't have very long to live unless he gets a surgery done. They had
also mentioned that this surgery takes a minimum of 8 hours and there are lot
of complications involved. The surgery itself is complicated enough that pose a
risk to his survival, yet Parvati decided to give the surgery a try as she can
no longer see her son suffer every day.

Fortunately, she was able to get some
help from the Hospital to do the surgery on a concessional rate, but she still
need 6 lacs for the surgery and post recovery. She had borrowed some money to
manage his hospital admission and the doctor had advised her to do the surgery
next week. It would be of great help to Parvati, a single struggling mom who
wants her son to be normal like everyone and giving life to Shiva.