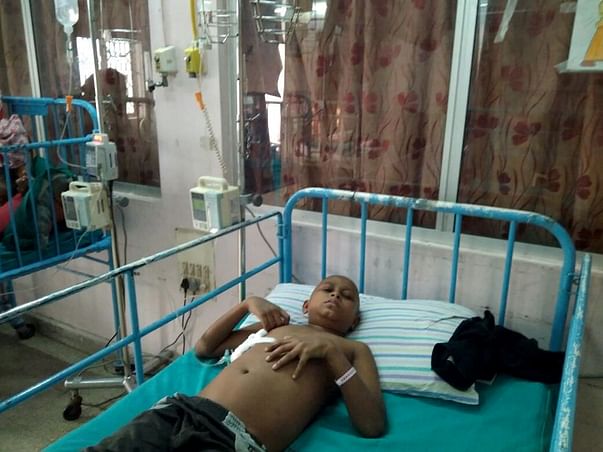 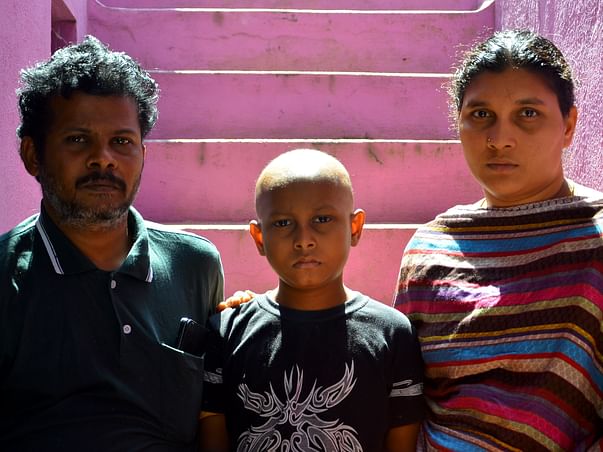 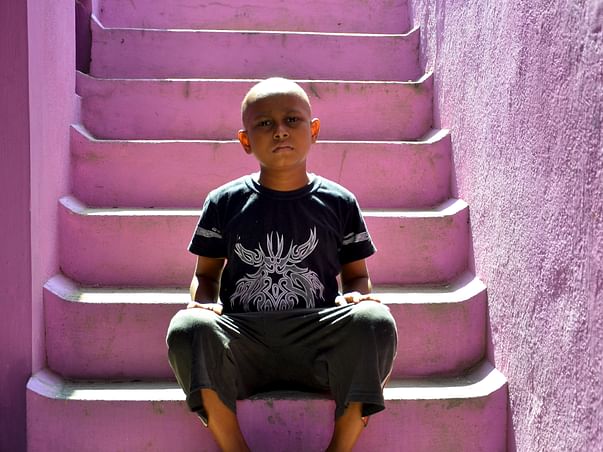 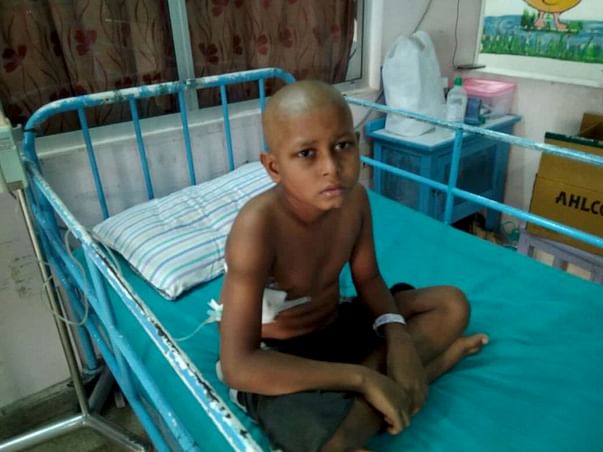 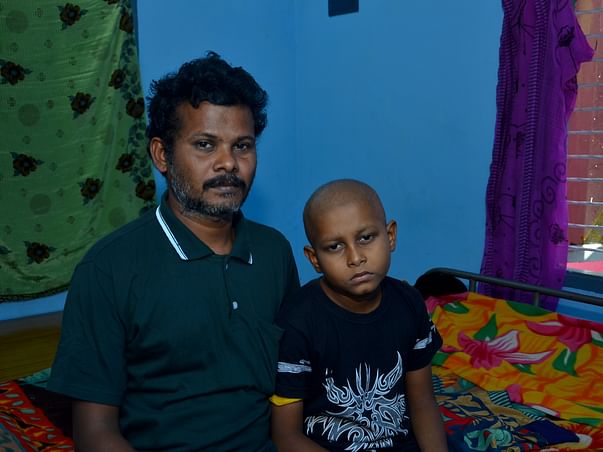 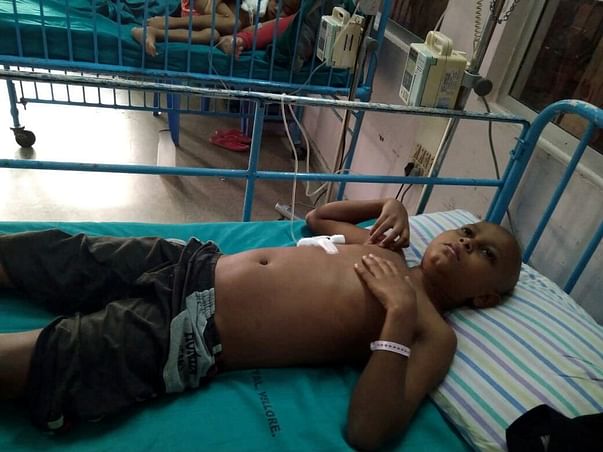 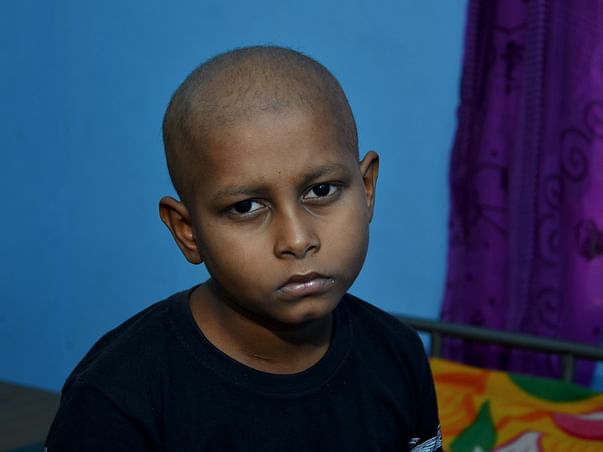 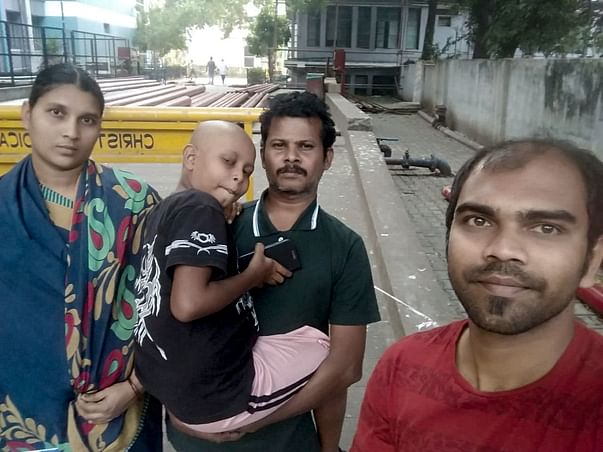 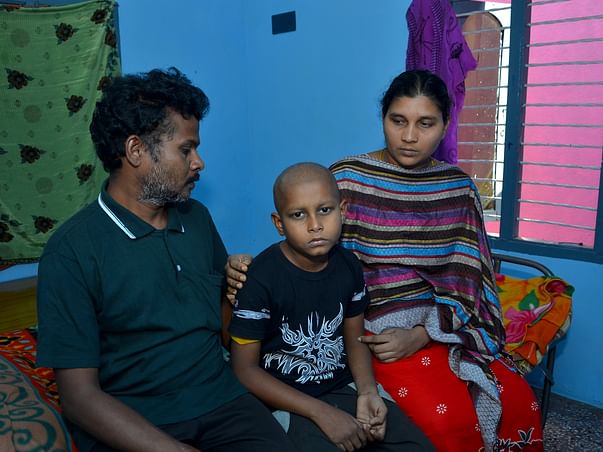 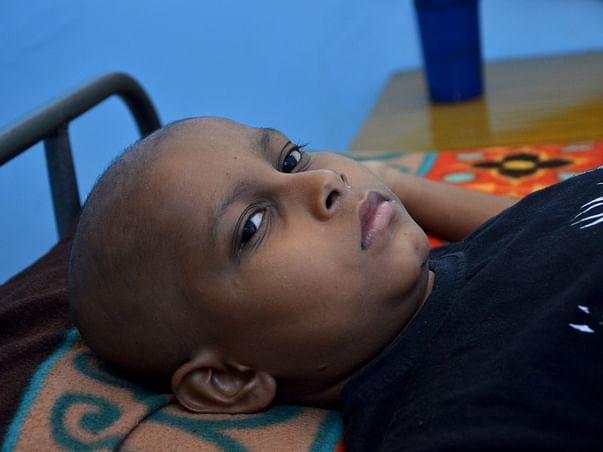 “He’s very irritable since the treatment started, he used to be such a happy kid before.”

Madhan is an 8-year-old boy who was diagnosed with blood cancer almost 5 years ago. What everyone thought to be a persistent fever, turned out to be a life-threatening illness for this young boy. After battling the disease for 3 years, everyone thought he'll make a full recovery, only to find out through reports that his cancer had relapsed. Ever since, Madhan has been in and out of hospitals, taking undergoing intensive treatment that can cure him of cancer.

Madhan has been battling cancer for more than half his life

In 2013, Madhan’s parents took him to a doctor at Nellore because his fever just wouldn’t subside despite medication. Realising that his condition was probably far worse than they had originally anticipated, the doctor advised them to go to Chennai. Upon running a few tests, he was diagnosed with Acute Lymphoblastic Lymphoma, a severe form of blood cancer that needs prolonged treatment with chemotherapy; and in the worst cases a bone marrow transplant.

For 3 years post diagnosis, Madhan underwent chemotherapy sessions at the Basavatarakam hospital in Hyderabad. At the end of the 3 years, when the doctors and his parents thought that he was finally cured, his cancer relapsed for the worse and he had to be taken to the doctors again, for a second diagnosis.

This time his parents took him to a hospital in Vellore for further treatment. Without further delay, the doctors at the Vellore hospital put him under chemotherapy sessions, with heavier doses as compared to before. These sessions, although are capable of curing his cancer, they come with awful side effects like vomiting and make Madhan very irritable. He’s constantly in pain and keeps getting irritated at everything.

Ramesh sold off their house for his son's treatment

"I sold off our house. I did everything I could to get money for his treatment; asked friends, loaned from money lenders, but it's still not enough. How do I save my son?"

After the first round of treatment for cancer, his parents thought the worst was behind them. But with the relapse, they have almost lost hope. But losing hope means losing their child, so they’re mustering all the courage they can in trying to save Madhan’s life. The biggest roadblock in their way is their poor financial condition.

Both of Madhan’s parent’s work as daily wage labourers and earn about Rs 150 each, per day. With that kind of income affording treatment for cancer even once is out of reach, let alone twice. In order to pay for his treatment, they have sold off their house and have taken loans from their friends and relatives. As of now, their income is zero since they have to be with Madhan at Vellore, away from their remote village in Andhra Pradesh.

In order to get their son out of danger again, Madhan’s parents, Ramesh and Vijaya need your help. Their poor financial condition shouldn’t determine his future and only your contribution can make a difference. 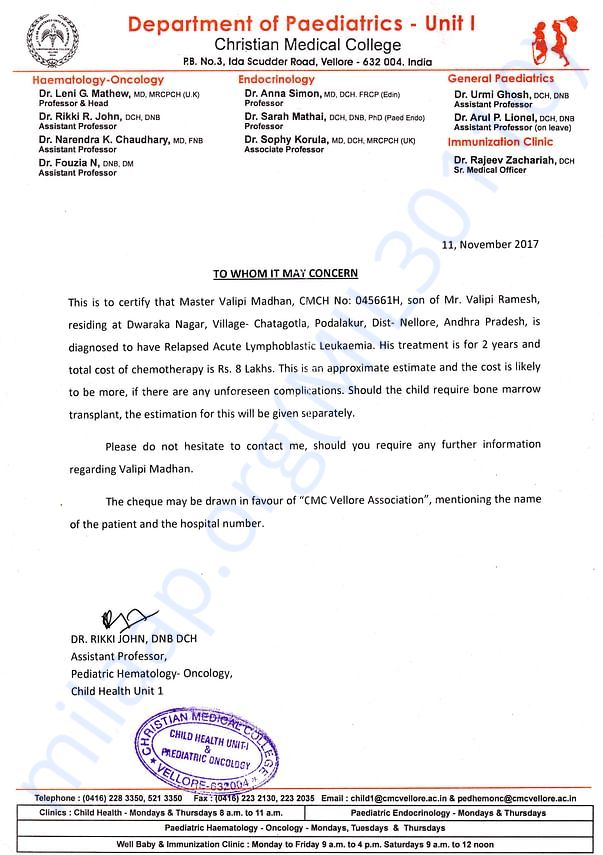 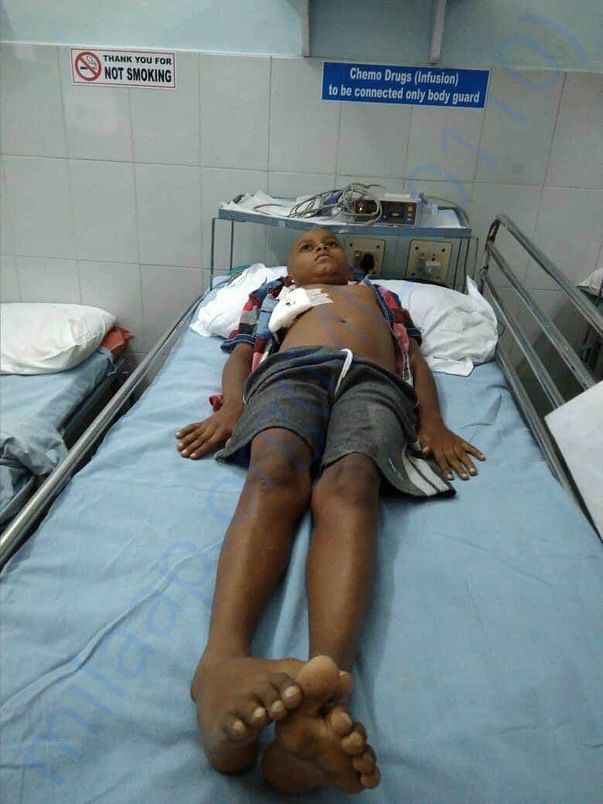 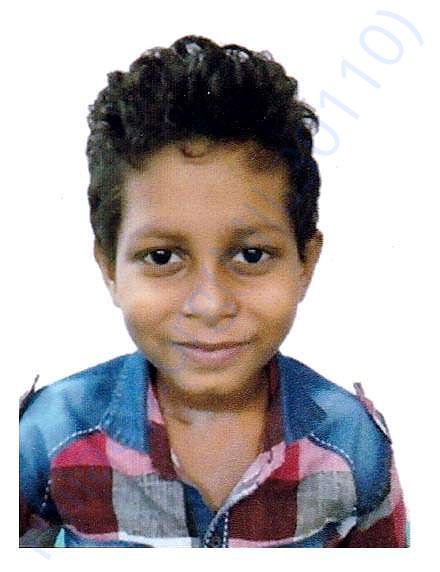 As informed before Madan underwent all the chemotherapies and responded well to the treatment. He is back to normal life now and able to do all the works in his own. He also joined back school and currently at home as schools are closed.


Once again a great thank you for all the contributors.
Dear Supporters,

Madan is currently undergoing chemotherapy and is under observation of the Doctor. He is using medicines suggested by doctor and visiting Vellore hospital once in a month. He is expected to  have a bone marrow test in the last week of  April.

Thank You for all the support!
Dear Supporters,

Here is a quick update on Madhan's health.

He has successfully undergone the 10 chemotherapy cycles and now currently is under observation.

He was given a course of medicines and getting treated with required injections periodically. Doctors are monitoring his health closely.

Will keep you posted as his health progresses.
Regards,
Srikanth
Load more
Donate

Donated to this campaign via Bank transfer/QR Code? Click here if you can’t find your donation listed below.
AK
Anil donated Rs.100

Donated to this campaign via Bank transfer/QR Code? Click here if you can’t find your donation listed below.
AK
Anil donated Rs.100

You are sending a message to
Srikanth
Go back 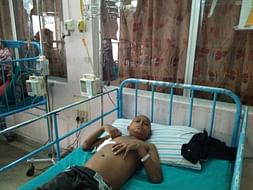