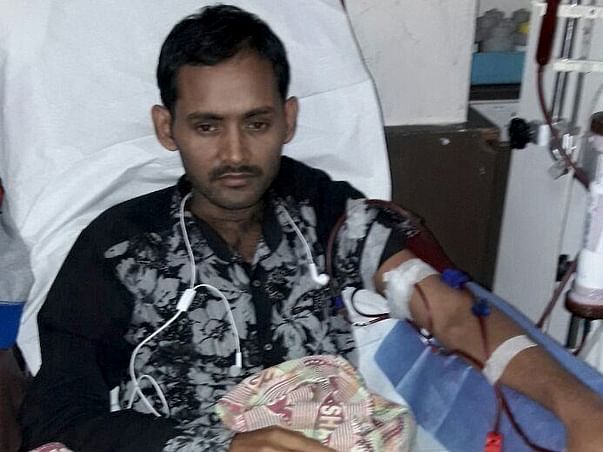 "What has happened to you, Baba? Why don't you get up or play any more? Please take away those tubes Baba. It really scares me," Saidul's 3-year-old has no idea her father is battling death.

Saidul Hoque is a native of Cooch Behar in West Bengal. He lives away from his family, in Bangalore. Here he works for wages at construction sites, hoping to be able to send back as much as he can to his wife and 3-year-old daughter Suhana.
8-months ago, a strange fever changed Saidul's life.
It was towards the end of last year. Saidul was down with fever, waiting for it to subside so he could start earning again. Even while he was unwell, he could only think of his little daughter, and household where his wages meant everything. When days passed by with almost no improvement, he went to a government hospital. Here, they could not detect any problem and referred him to Manipal Hospital. An MRI revealed the real problem behind the unexplained fever.

Both his kidneys had stopped working.
When Saidul was told that he was suffering from end stage renal disease he was shocked. He had never imagined it could happen to him. He only earned enough to fill his stomach and feed his family. He had been working harder to be able to send his little one to school. Saidul always wished Suhana would grow up to be a well-educated person, who could achieve all that he could not.
He has been undergoing regular dialysis.
Saidul’s dialysis started almost immediately after the diagnosis. He undergoes dialysis 2-3 times a week. This is crucial to keeping him alive. Saidul’s family sold the little land they would farm on to help the household income, but the money they got for the land is now slowly getting exhausted. It has been over 6 months now, and regular dialysis is both expensive and painful.
A surgery is the only way he can live.
Unable to afford dialysis and left with no source of income, Saidul still holds on to life for his baby daughter. She had to stop going to school within 2 months of joining because of her father’s condition.
Saidul’s father has been found to be a perfect match for the transplant. The procedure would cost him over Rs. 2 Lakh. Unfortunately, Saidul has no means to arrange this amount.
Your support can save this entire family’s life. 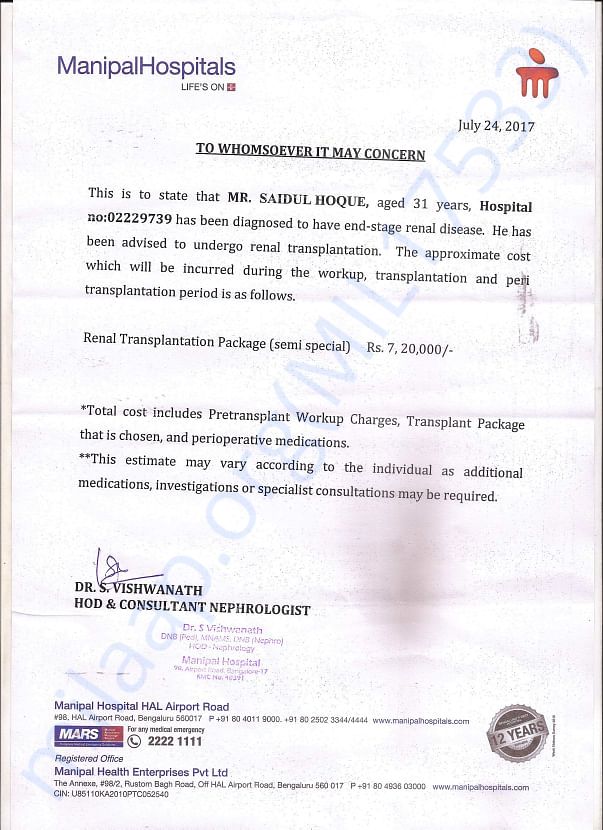 We have some good news to share with you today. Saidul is healthy now and he is recovering. He underwent the kidney transplant procedure on 28th August and was under observation for the next 4 days.

His father donated a Kidney to him and he is also doing well. The doctors are pretty optimistic about his recovery and have advised him a course of medication for 6 months. After which there is a follow up which is scheduled, to ascertain how the new kidney is performing.

Thank you for all the love and support. If not for all your help and support I wouldn't have received the best treatment in time.
Donate
Report fundraiser
See how thousands are crowdfunding for their causes on Milaap
Rs.132,266 raised 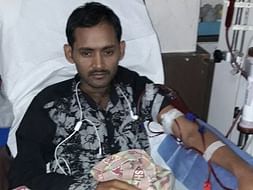