12-year-old Cancer Survivor Is Losing Hope He Will Beat It This Time | Milaap
This is a supporting campaign. Contributions made to this campaign will go towards the main campaign. 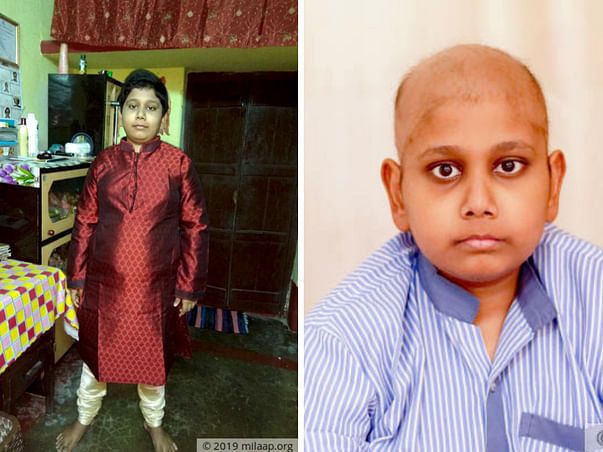 Rupankar was declared cancer-free in May 2018. It was a fight that lasted 5 months, and he had won. Even as his parents rejoiced, they were on edge, waiting for the other shoe to drop. Every time he complained of a headache, or fever, they rushed him straight to the hospital only to hear that he is fine. As months passed by, they began to let go of the fear. Fear gripped this family when they heard Rupankar scream on a cold December day.

“He was holding his head so tight, clenching his teeth. He kept saying, ‘Baba make it stop! I can’t take it anymore.’ I could tell that he had a splitting headache. I think we all knew at the time that his cancer was back.” – Krishnendu

‘But he was alright you know, he was going to school - how did it come back again?’

Krishnendu and Mita stood shaking as Rupankar’s reports came back. It was true. His blood cancer had relapsed. It is worse this time, spreading faster. Rupankar has Acute Myeloid Leukemia. They had no time to think and immediately started chemotherapy.

“He was excited to go to school. He had just started smiling. Again, he is back in chemotherapy, staring at the wall, and crying silently. This time, he seems to have given up.” – Mita

Rupankar does not believe he will ever escape this disease

The first time, Rupankar was incredibly upset about losing his hair to chemotherapy. After May, the boy was happy to grow back his hair, so his friends do not see him as a freak. Back then he would keep complaining of pain. Now, he is an empty shell of a hopeful boy he once was.

“This time, he just stared at himself in the mirror when we had his head shaved. He went and just slept on the bed. He does not tell us when it is hurting him. I see him biting down, and then realize. It’s like the disease robbed his faith.” – Mita

Chemotherapy is no longer enough to beat this cancer

Rupankar needs a bone marrow transplant now. It is the only way he has a chance of beating cancer once and for all. He has been getting injections in the spine as a part of his treatment. He is in severe pain, is exhausted and incredibly terrified of what is coming next.

“We have already spent Rs. 20 lakhs for his previous treatment. I have been unable to go to work for the past few months. My grocery shop remains closed. I have no income and somehow need to arrange Rs. 37 lakhs to save my son.” – Krishnendu

'Please help us, we are nowhere close to saving our son this time'

These parents will lose their will to live, if they lose their son. The community helped them save Rupankar last year. This time, they are begging everyone else. Rupankar seems to have lost faith that he will ever escape the clutches of cancer. He is tired and scared.

Your contribution can gift him the pain-free life he once knew.

UPI: rzpy.givetomlprupankar002@hdfcbank (Copy to clipboard)
Or
Click here to read the instructions before you make a bank transfer. 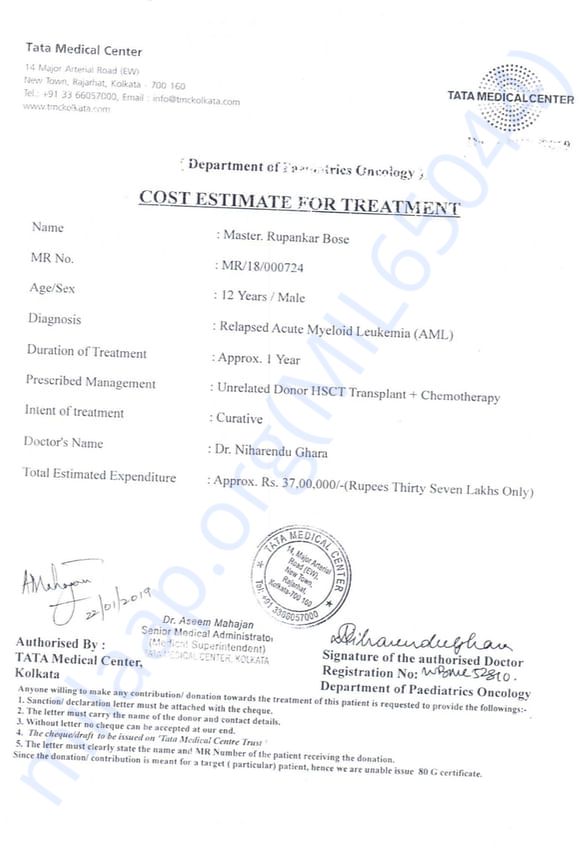 UPI: rzpy.givetomlprupankar002@hdfcbank (Copy to clipboard)
Or
Click here to read the instructions before you make a bank transfer. 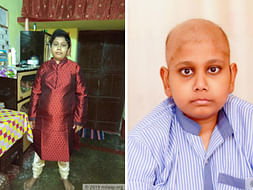