Rema Needs Your Support To Save Her Son And Husband | Milaap

Rema Needs Your Support To Save Her Son And Husband 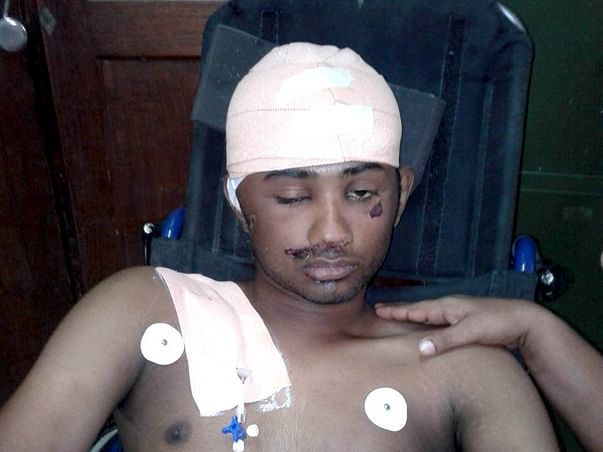 Please help a broken-hearted grief-stricken Mother (Rema) to help save her son and her husband.
Since 22 years her husband is sick. He underwent a disc surgery after he met with an accident at the age of 26. After few years he had his first attack at the age of 28 years and underwent angiogram and found four blocks and underwent open heart surgery and presently using pacemaker. His age at present is 49.
After one year he got a second attack and underwent angioplasty and he had 6 severe attack frequently within a gap of 6 months and is still under treatment consulting doctors/medication. The doctors have now suggested for an angioplasty since he has two blocks found in the valve which would cost them more than a lakh. The patient is not willing due to insufficient funds as mentioned in the document attached.
Above all these, they had to spend lot of money and had to borrow money from relatives and friends out of which part of the money is still unpaid. For his sickness and surgery the cost came around 5 to 6 lacks.
His only son Sharath started working at the age of 14 (part time) to take care of his parents and also continued his studies. His father is unable to do any work and is on medicationwhich costs them Rs. 4,000 pm and in emergency cases (like vomiting bloodfrequently) they have to run to the hospital which costs them much higher andthis woman has to run around with no one for any help financially or in person other than God.
His mother Rema earned bystitching clothes which is not at all sufficient to pay back the money borrowedfrom various sources.
Last September, Sharath her son met with a major accident and was in coma and still bed ridden and has frequent fits.
He had a major brain surgery and his skull was removed, kept in his stomach for rejuvenation of the veins so that the damaged/operated veins can be cured. After the satisfactory result of the operation the surgeon replanted the same to its place again with an open brain surgery in the month of January. At first doctors had no hope that he will have a second life. The total cost came around to 4.50 lacs.
Out of which Rs. 50,000 was supported by their friends and the rest was borrowed from different sources.
Rema is now mentally down as the lenders are now getting very aggressive day by day to get their money back and she is not in a state to pay the money back and face anybody.
They are staying in a rented home and finding difficult to pay even rent every month. I am attaching the medical documents of both her husband and her son for your reference and review.
Due to financial state being so weak they are unable to have proper and nutritional food as the patients in this condition should have.
By keeping all this in observance, they will require 13.50 lakhs to meet all their needs and hence can save the family from an unfortunate end. 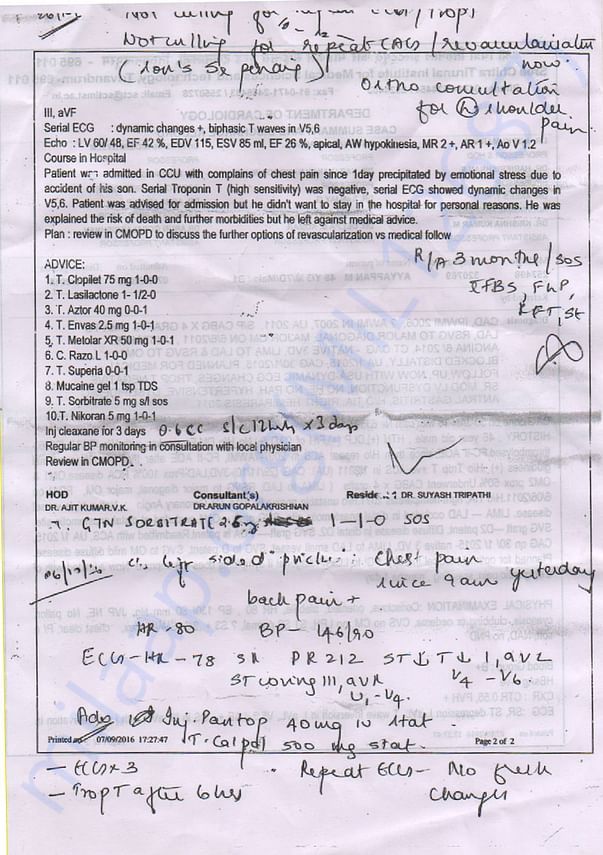 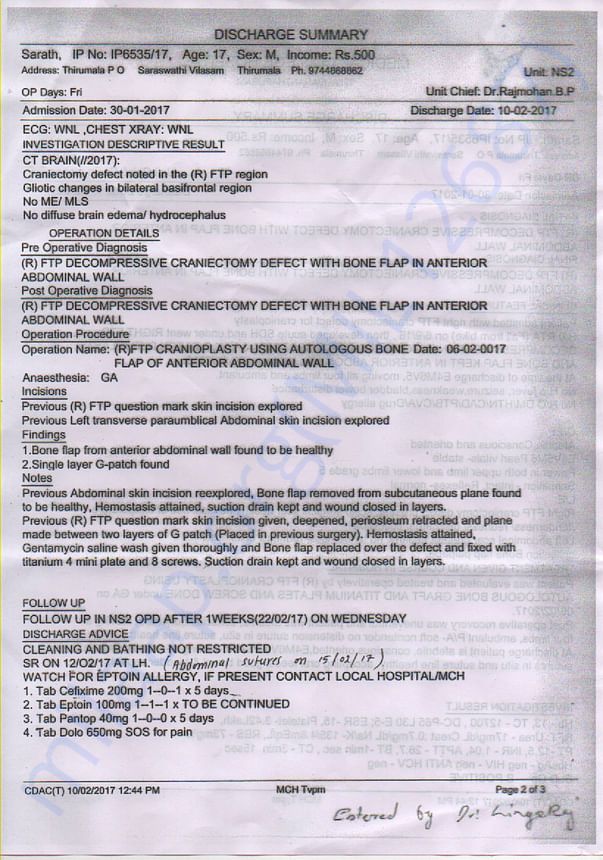 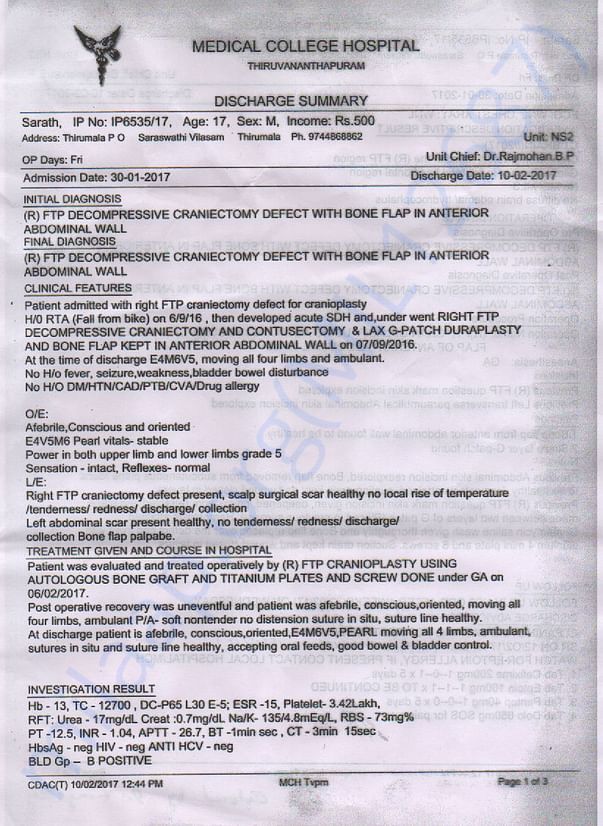 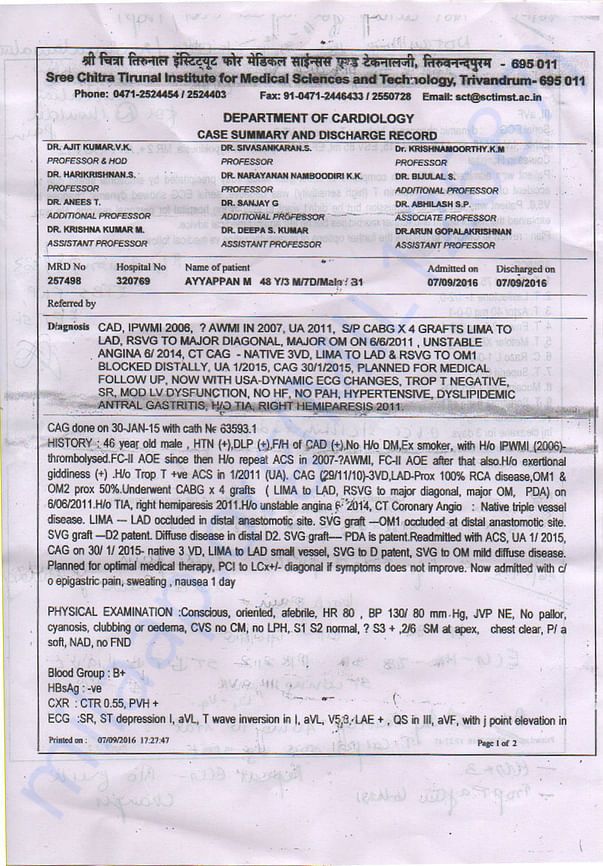 Both Rema's husband and son is under medication. Husband recently went for check-up for charging the pacemaker the time for which was 10 years and he is almost close to that.

He has lot of abdomen problem, unable to eat, having high dose of medicines but no proper food.

Thank you all the donors for helping the family.

Both Rema's son, Sharath, and her husband, Ayyappan, are under treatment. Sharath still has frequent fits. Ayyapan had been implanted with a pacemaker with 10 years guarantee, of which now only 1 year is left. Please keep supporting and sharing the campaign with your friends and family.

You are sending a message to
Marina Stephen
Go back 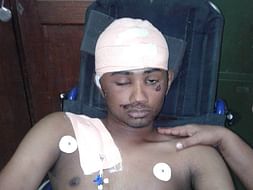 Rema Needs Your Support To Save Her Son And Husband