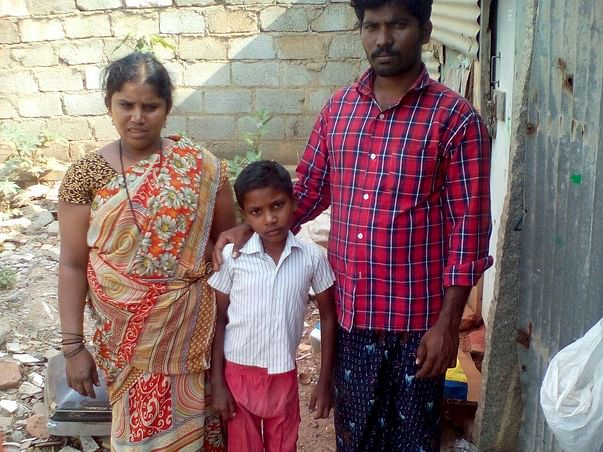 Prathap is cheerful, and has no idea of the disease that his body is fighting against. The 9 year old is oblivious to his parent’s worried looks, as they talk to doctors. Prathap has been visiting different hospitals for the last year. He has been diagnosed with Hodgkin’s Lymphoma.
Dastagiri is the doting father of three children. Prathap has an elder sister, and a younger one. The children’s mother- Madhavi, is a housewife. The family hails from Kurnool in Andhra Pradesh where the eldest two children go to school.

Towards the end of last year, Prathap fell sick. Madhavi thought that her son ate something that didn’t agree with him. However, Prathap had a prolonged fever and bouts of vomiting. Dastagiri took his son to the government hospital nearby, where they recommended a scan. He then visited the hospital in Anantapur.

After a scan, the alert doctors at Anantapur hospital advised that Prathap needed specialized medical attention, and referred Dastagiri to Narayana Hrudayalaya, Bangalore.

A family that relocated for their only son:
Dastagiri moved his entire family to Bangalore. They live in a small, cramped rented accommodation in KR Puram.At Narayana Hrudayalaya, doctors diagnosed Prathap with Hodgkin’s Lymphoma, and explained the course of treatment to the shocked family. Dastagiri knew that he could not afford the treatment, and he begged doctors to help save his son.

Hodgkin’s Lymphoma has a prescribed treatment. Prathap needs salvage chemotherapy followed by a bone-marrow transplant. With this course of treatment, Prathap has a high chance of recovering and living a normal, healthy life. 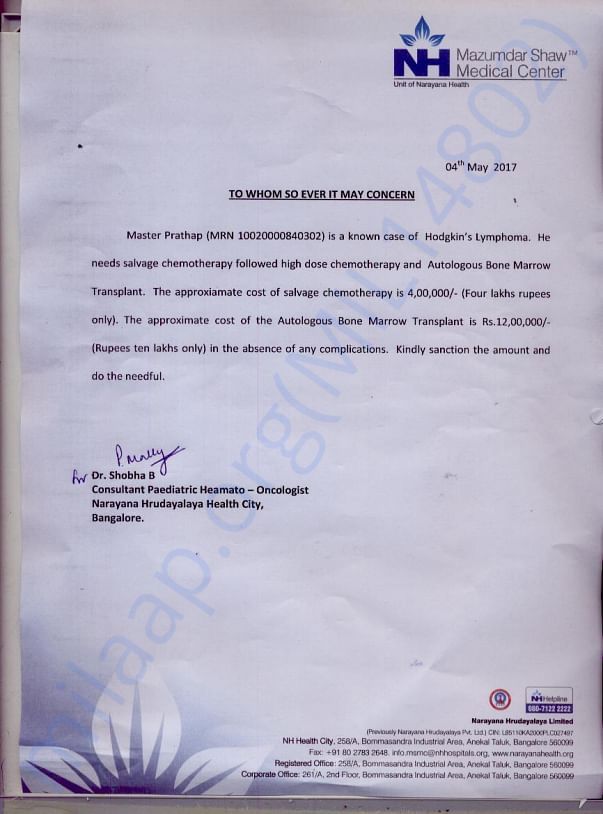 Here is an update on Prathap's health.

He is currently at home and doing better. He has responded well to the treatment and has to visit the hospital once in three weeks for the follow-up.

Doctors are checking if he could be treated with the current procedure, otherwise the treatment will be changed according to his health condition.

We have some good news to share with you today. Prathap is doing better now and has undergone the Bone Marrow Transplant. He is under observation now. Thank you for all the wonderful support you have shown Basavaraj.

Scan & donate with any app
check_circle_outline Download payment receipt
Report fundraiser
Know someone in need of funds for a medical emergency? Refer to us
Rs.188,474 raised

May God be with him. Wishing him a speedy recovery and health life

I prey to God for speedy recovery.

May God be with him. Wishing him a speedy recovery and health life

I prey to God for speedy recovery. 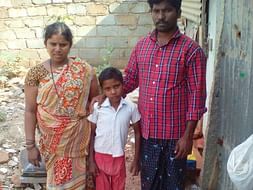