Narayana Has Cancer- You Can Save Him | Milaap
This campaign has stopped and can no longer accept donations.

Narayana Has Cancer- You Can Save Him 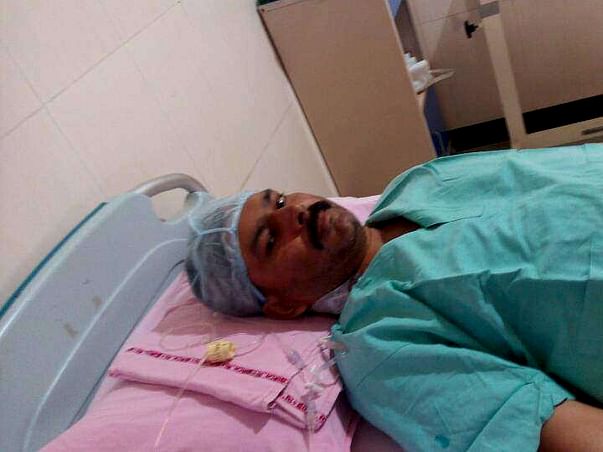 Narayana is a 40-year-old with blood cancer. Due to lack of funds, his cancer was diagnosed very late and he now urgently needs treatment for his cancer. He needs to undergo chemotherapy followed by a bone-marrow transplant. He needs funds to fight cancer.

Narayana has borne responsibilities from a young age
Every family has that one person they go to in times of trouble. In his family, that person is Narayana. Quiet and compassionate, people seek him out when they need help or advise. The eldest of 6 children, he is used to people looking to him to handle things especially after his father passed away.
Narayana has to live for his two small children
Narayana has two children – 5-year-old son Suhas and 8-month-old daughter Selvi. They haven’t seen him in 20 days and Suhas is starting to ask questions. “We have told him his father is in Hyderabad, so he asks the neighbour to take him there on his bike. I haven’t told him his father is sick, but he sees me and his grandmother and knows that something is wrong,” Krupa explains.

Narayana’s mother Mariamma is in the hospital with him and his wife has stayed back in Kurnool because the children need her. “He is her support – and it is killing her to see her son fighting a battle for his life. We are all praying he gets better and comes back to us,” Krupa says.


In the end, what helped Narayana decide was that his family still depended on him. He knows that he needs to get better and survive cancer for them. Despite his monthly income of just Rs 10,000 per month, he made the brave choice to come to Hyderabad and get treated. He borrowed some money for early treatment and has spent Rs 2 lakhs so far. 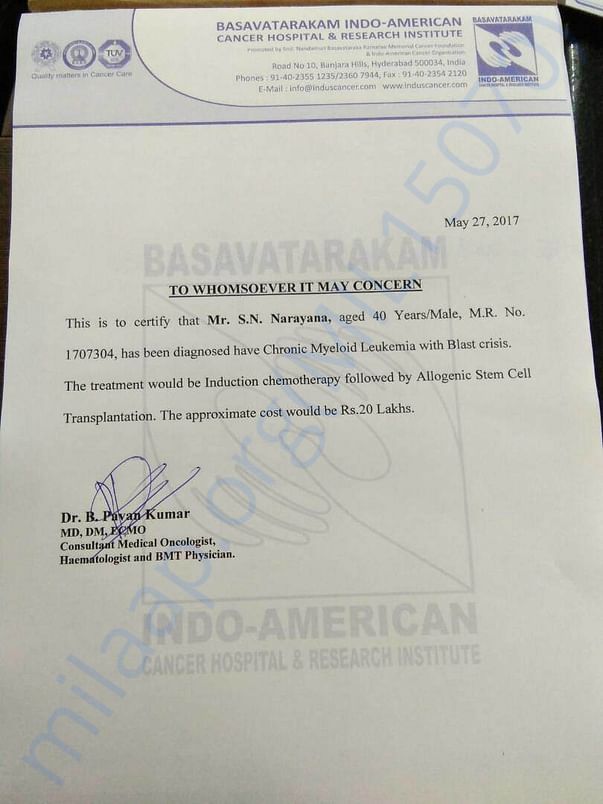 We received news that Narayana expired in the early hours of Wednesday (19th July). He had undergone his first chemotherapy session and due to low platelet count and high WBC count he could not make it.

The funds will be utilized for this medical expenses so far for his treatment. The family is grateful for all the care and support you’ve shown Narayana. The past few weeks have been the most difficult ones for the family.

We hope they find strength in this time of grief. May Narayana’s soul find peace. Please keep the family in your prayers.
Donate

Scan & donate with any app
check_circle_outline Download payment receipt
Report fundraiser
Know someone in need of funds for a medical emergency? Refer to us
Rs.263,025 raised

Wish you a strong comeback in this tough times

God is with u Samuel don't worry

Wish you a strong comeback in this tough times

God is with u Samuel don't worry 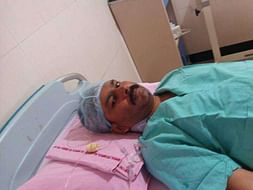 Narayana Has Cancer- You Can Save Him