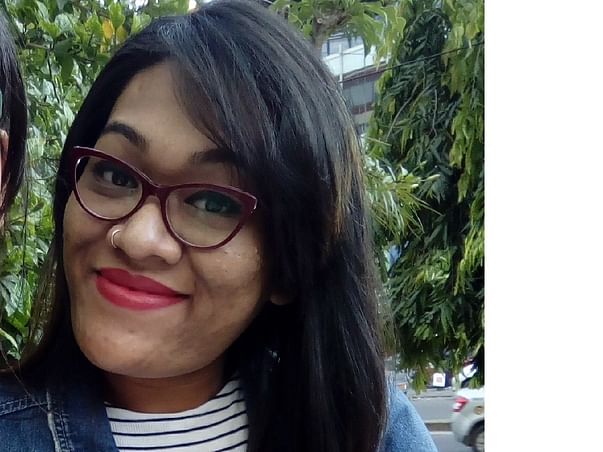 Share
We are in deep need of help financially. My sister, Suhashini Nancy Chetia has been diagnosed with Pituitary macroadenoma. We had gone to consult a doctor in Apollo hospital, banerghatta Bengaluru regarding her viral fever but the doctor instead diagnosed her to be a patient of Acromegaly. The doctor who initially figured it out was an internal medicine doctor and henceforth he referred to us an endocrinologist in the same hospital. The endocrinologist Dr. Narendra B.S was pretty shocked to see her because the symptoms ( swelling of the soft tissues, spacing between the teeth, broadening of the face, severe headaches) were very evident. Following which she has done a few tests which revealed that her growth hormone secretion was very high (683 instead of 329). After an MRI it is confirmed that she is suffering from Pituitary macroadenoma.
Since the surgery is a critical one and we need to get it operated from an experienced neurologist at a recognized hospital, we are expecting of getting it done from NIMHANS or from Apollo hospital, Bengaluru or Delhi. The cost estimate inclusive of the hospital charges would be around 5 lakhs. We are in deep need of funds, and any sort of help would be highly appreciated.