Help MY Mother Recover From Multi-organ Failure | Milaap
This campaign has stopped and can no longer accept donations. 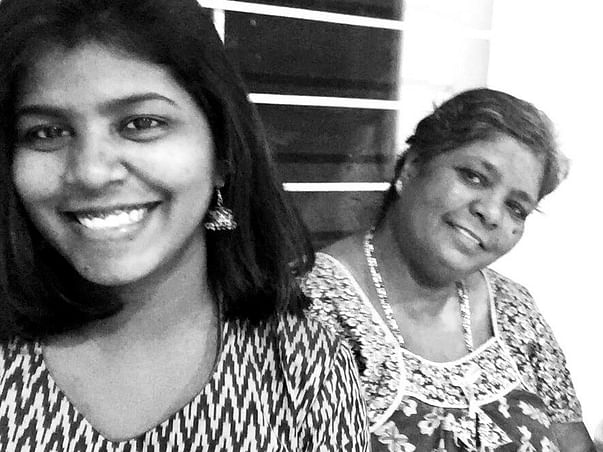 My name is Madhuri Padamati and I am raising funds for my mother, Vijaya Pagolu. She has been admitted at Continental Hospital in Financial District, Hyderabad last Friday (19/10/18) due to cellulitis in her right leg.
The cellulitis eventually gave way to sepsis which is a potentially life-threatening complication of an infection. Sepsis is considered as a three-stage syndrome, starting with sepsis and progressing to severe sepsis to septic shock causing the blood pressure to drop dramatically. She has Multiple Organ Dysfunction Syndrome (MODS). Her major organs like heart, lungs, kidneys and liver have failed due to the shock and are now being intravenously supported by ventilator, IV fluids, CRRT & Sled dialysis and large doses of antibiotics.

A surgery was performed on her leg on last Saturday(20/10/18) to drain out the puss and remove the affected tissue. She had been in ICU since.
Even with large doses of medication her body had failed to respond for four days. During the nights her heart rate would either increase or the heart would stop which made it necessary to give her electric shock (Defibrillation).
She was put on CRRT (Continuous Renal Replacement Therapy) on Tuesday (23/10/18) for her Acute Kidney Injury(AKI) which also helps the other failed organs. Her body finally showed few slight signs of improvement with less
dosage of medicines. She is still in a critical stage and will be so until the doctors test her without the external support. She has developed encephalopathy(brain disease altering brain function or structure) and jaundice three days ago and is being given medication for the same.

A very risky second debridement surgery was performed on Thursday (25/10/18) to check for puss build up in the thigh area. We were told that the surgery went well and the infection is being contained with no puss pockets. The doctors tried to take her off the ventilator but due to congestion in the lungs she was struggling to breathe and was put back on the ventilator. A new infection in her lungs was suspected and samples were sent for testing. The results will be out tomorrow.

Her BP is falling down at times but is being maintained by varying levels of medication.
On the downside, the WBC count is 38.0, a healthy range being 4.0-10.0. The doctors noticed that the infection in the leg is eating away her flesh and an amputation is the only way to stop it. Her leg is going to be amputated tomorrow. Even after which they can't say for sure if the infection is going to go away.
Urine output is hardly 25ml and the doctors are expecting it to be at least 1000ml a day.
Jaundice still exists and we are told that her liver is being treated but it is going to take a lot of time for it to function as required. Dialysis is being done for 8 hours every alternate day and she is being weaned off of the ventilator gradually.
In an ideal situation she will be shifted to a regular in patient room after.

The bill incurred as of today (30/10/18) is standing at 14 Lakhs. We are looking at at least another 20 Lakhs, a total of 3 months of hospital stay and a year long recovery after.
My dad's insurance has covered 1.6L so far. Continental Hospitals are not a part of the insurance plan that my mom holds.

As i sit here and write about it, i think of my mother who is struggling to recognize her family, i think of her blank stare, i think of the time when she painfully tried to smile through her ventilator tube not just a day ago.
I know that it won't be the same for her if she makes it out, it won't be the same for my family either. The quality of her life will deteriorate but we will have her with us. And i believe she deserves more love than we showed her all these years. Right now it is about surviving each day and hoping for the best to happen. But everyday has been a battle and it is all about taking one day at a time.

The funds raised will be used towards her
Post-operative care, Medicines, Dialysis and Hospital Bills.

I request you to kindly contribute towards her treatment and help during our time of need. Each contribution is important! Kindly also share the fundraiser with your family and friends and help me reach my goal amount!

I very much appreciate anyone who is taking their time to read my story among all others.. 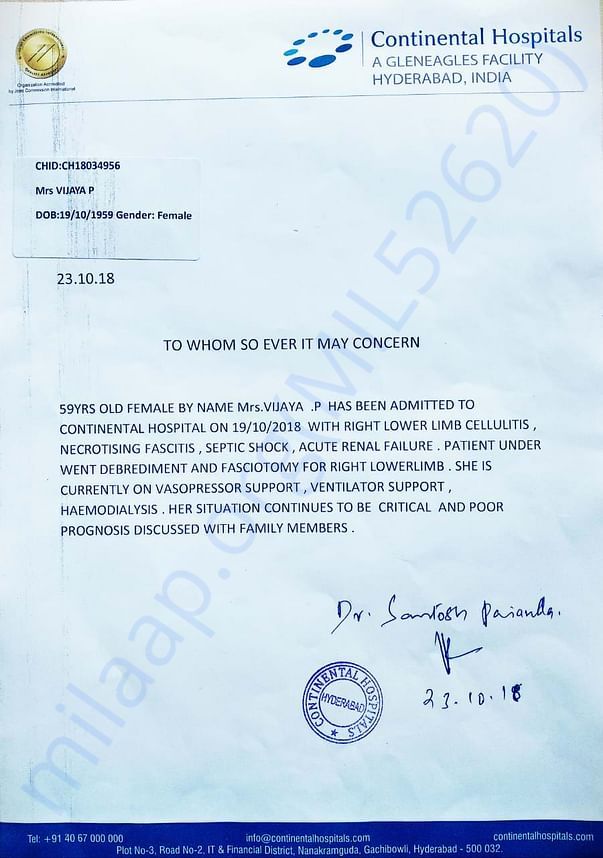 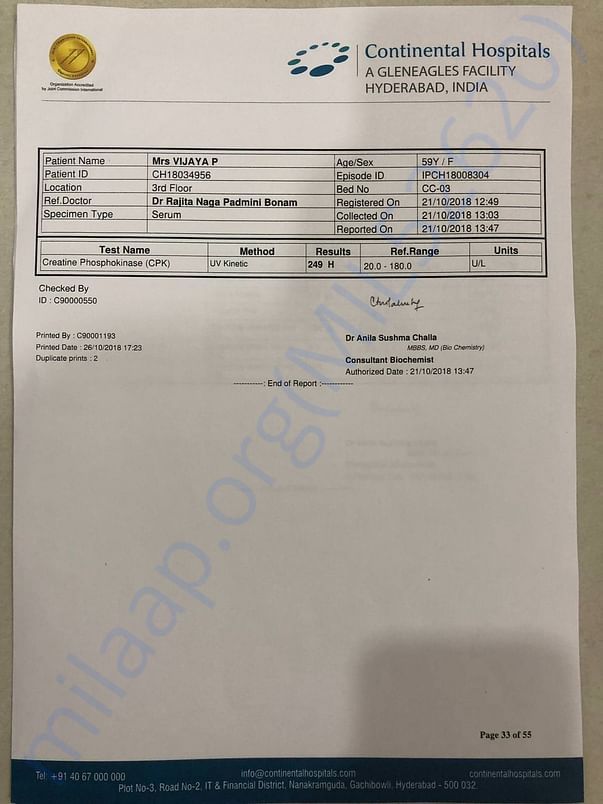 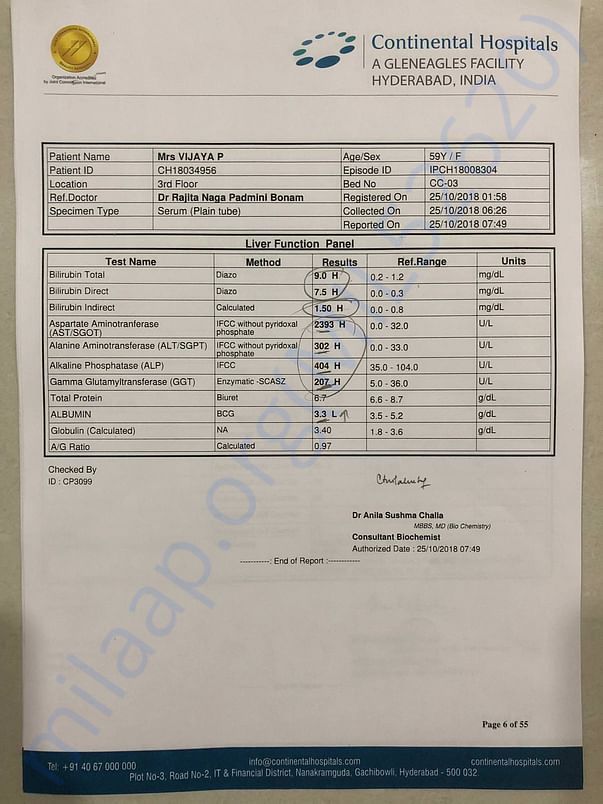 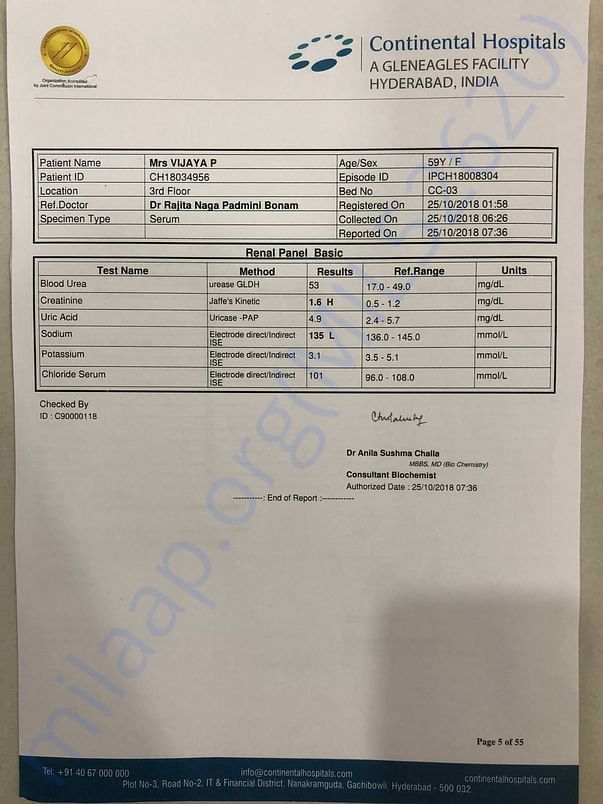 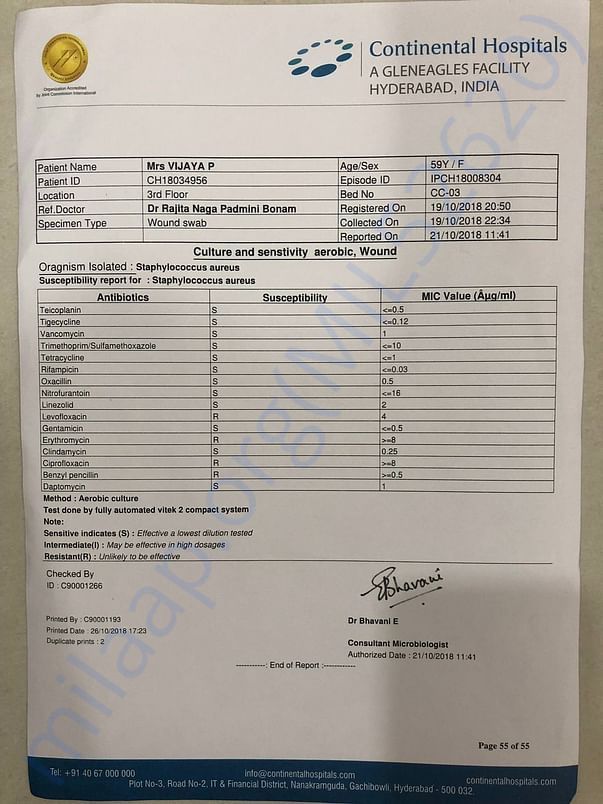 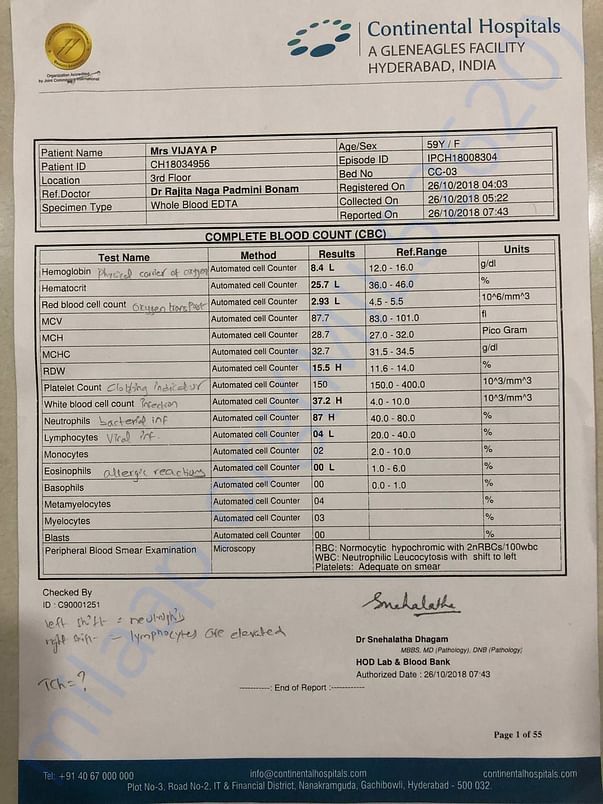 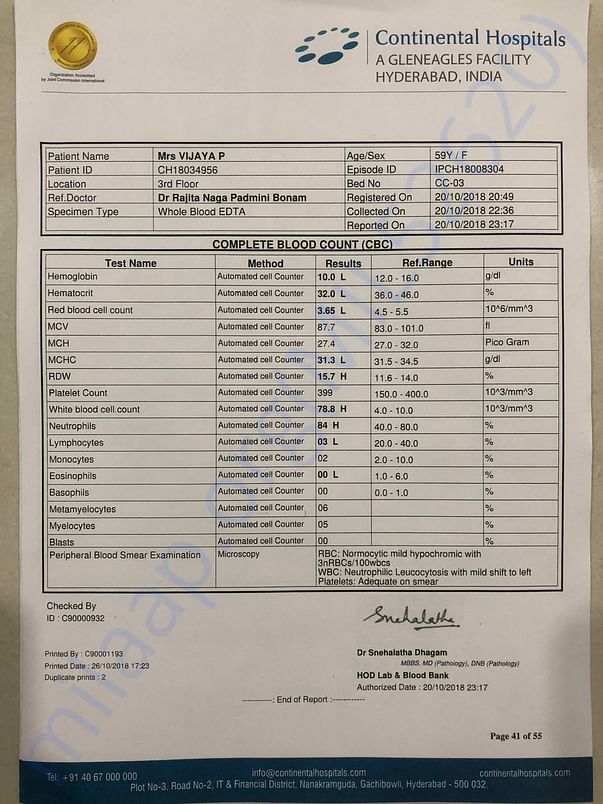 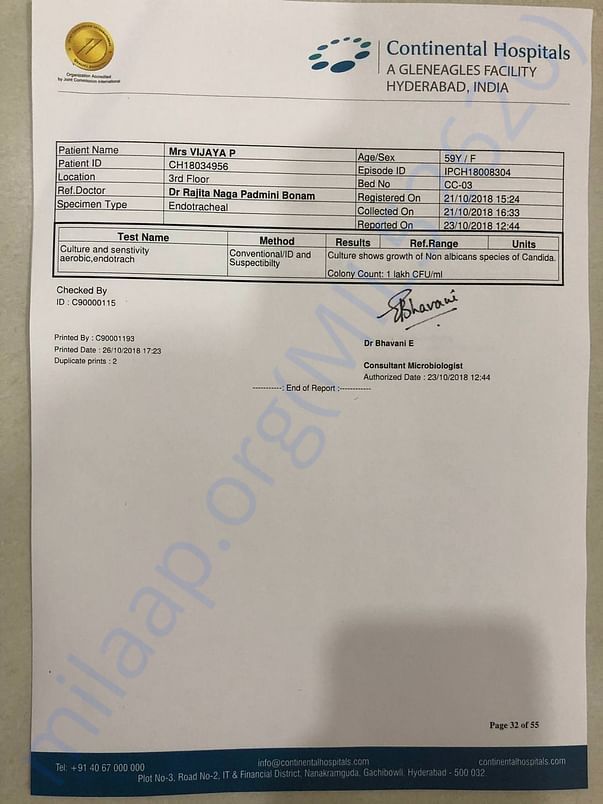 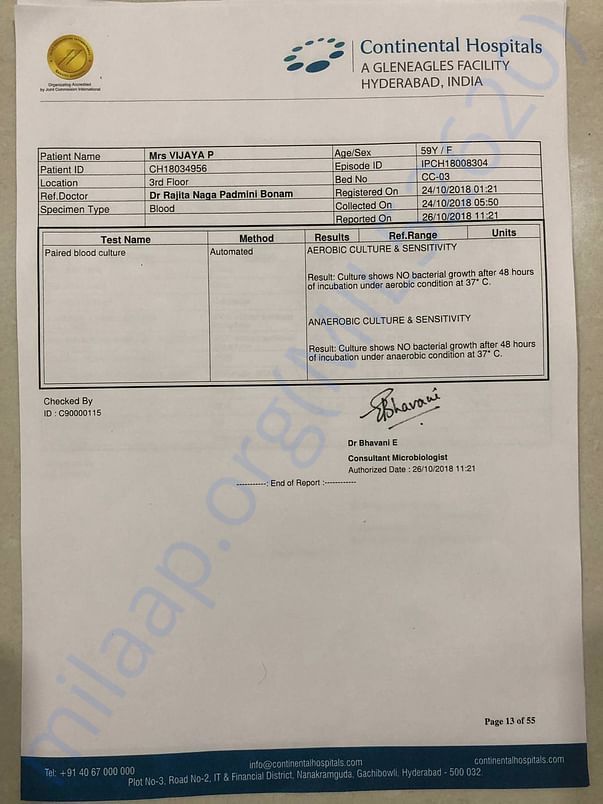 Ask for an update
Donated to this campaign via Paytm or bank transfer? Click here if you have not received an email confirmation from Milaap.
Hello,

I'd like to first thank each and everyone who has generously donated. Please know that every penny has been of huge help.

Unfortunately, my mother breathed her last. She fought aggressively in the ICU for exactly 28 days and we are very proud of her. Although it's a loss that is undoubtedly going to leave a void which can never be filled, we are glad that she got to see us and speak to us even though it was just a word or two that she could manage to speak.

We wish so much of her life had not been lost to her illness. While we know she is at peace and her struggles have ended, there is also pain and sadness. The sacrifices she made, the braveness with which she embraced life, and the intensity with which she loved will always remain in our hearts and will be a legacy which we will carry for the rest of our lives.

I thank you all again, for not just donating but keeping us in your prayers. We will never forget it and we are immensely thankful
Donate

Donated to this campaign via Paytm? Click here if you can’t find your donation listed below.
AK
Anil donated $135

May Nature Save Her

May she come back healthier

Donated to this campaign via Paytm? Click here if you can’t find your donation listed below.
AK
Anil donated $135

May Nature Save Her

May she come back healthier

MP
You are sending a message to
Madhuri Padamati
Go back 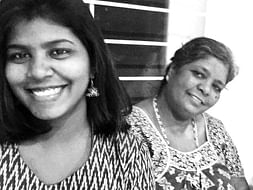