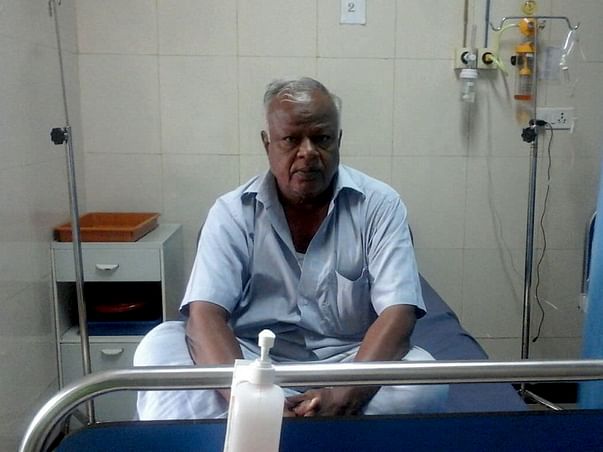 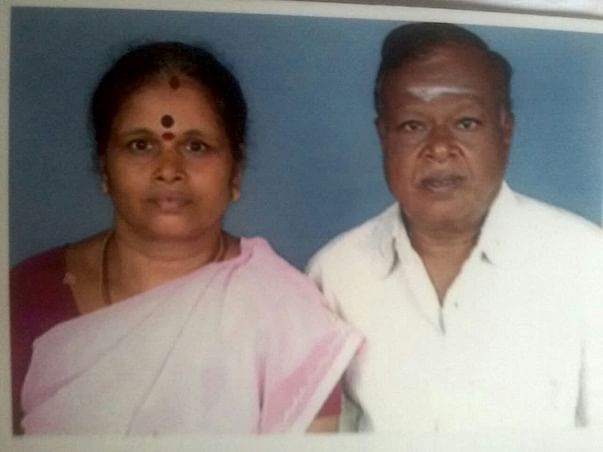 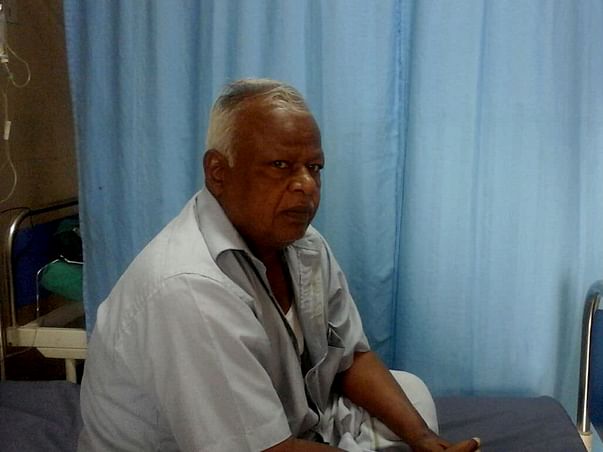 Today 4000 screens across India are gearing up for releasing Super Star Rajinikanth starrer Kabali. The big cities have declared holidays, small town or villages are lining up outside movie talkies for the limited shows. But when a crazy fan whistles at the screen when his favourite dialogue is delivered; the sweat and efforts of many have gone behind it. Be it theatre owners, distributors, ticket counter attendants, ushers; each of them have been on a hussle to make sure the fan in us gets the best experience.

One such man lives in Trichy. Meet Ranganathan. Married and father of 2 daughters, he spent most of his life driving to movie talkies in Trichy delivering tapes and film reels loaded with entertainment for the masses. He has spent his last 30 years of service being one of many faces behind a successful show running at the many theatres in Trichy. Today, Ranganathan is 65 year old and he never stopped until last month.

When Breathing Problems Stopped Him From Doing What He Loved

“Appa developed severe breathing problems. Over time, it gradually aggravated to crucial back pain. So much so that he couldn't walk or sleep. He pushed the visit to the doctor for the longest time thinking his age was catching up. With minimum income like ours, a visit to hospital seems like a huge expense.”, said Gayathri, his youngest daughter regretting the delay in consult, “But when it became next to impossible to show up for the job he loved doing for 30 years, we convinced him to not stall the consult anymore.”

On the advice of his relatives, the family took him to a Government Hospital in Pondicherry. Looking at his case, doctors referred him to AUM Hospital. Soon the tests confirmed that Ranganathan urgently needs a coronary artery bypass surgery.

The surgery costs 2 lakhs. The hospitalization might add little more to the expenses. Ranganathan earns Rs.6000 a month. His wife is a housewife. The daughters are married and can barely afford their own family expenses, let alone help their father in such critical times. “He didn’t earn much, but he and Amma were always content with it. But today, we feel absolutely helpless.”, Gayathri's eyes well up worrying about arranging the funds for his father’s treatment.
Ranganathan needs this surgery to live. He held on to his job for years just for the love of movies, but let his salary not decide his chances of survival. He means the world to his wife and daughters. Our support will help him take this treatment and stay alive for his family. Our Contribution Will Save Ranganathan. 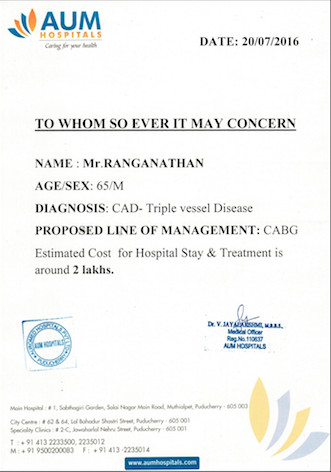 Donated to this campaign via Bank transfer/QR Code? Click here if you can’t find your donation listed below.
AA
Anupkumar donated Rs.500

you are in my prayers

Donated to this campaign via Bank transfer/QR Code? Click here if you can’t find your donation listed below.
AA
Anupkumar donated Rs.500

you are in my prayers 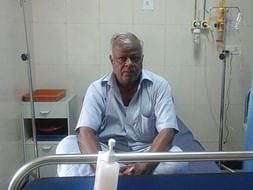