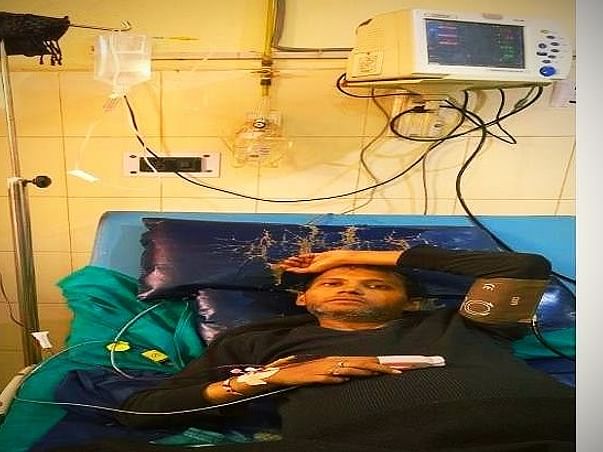 Hello,
I am Divyansh Gupta, raising funds for my uncle's ( Mukesh Gupta) liver transplantation .he is a 44 year old jolly man having a family of three (his wife Mamta Gupta ,his 9 year old son Lakshya Gupta and he himself) .
Before 2017 , everything was going right in his life except He had a weak liver from the early age of his life .
He had got it due to heredity as his mother was a liver patient too .He was taking medication and having checkups on regular intervals at  SGPGI hospital ,Lucknow. He ,only bread earner in his family, was working in a private college as an account.
But in Jan-Feb of 2017, His health started worsening , He then reached AIIMS Delhi for checkup , He and his family was stunned when the reports showed that ,He is at the last stage of cirrhosis ,resulting Ascites and he's also now suffering with Hernia. They then consulted to almost every hospital in Delhi having liver speciality including ILBS, Sir Ganga Ram Hospital, BLK Super Speciality Hospital , but all suggested for imminent Liver transplant, which is the only option left for saving his life.

In November last his condition got serious and we had to admit him in ILBS Hospital delhi .
Since then there is no improvement in his condition . Things got more complex when, in the last week, he started vomiting blood, and is also passing blood in his stools, because of oesophageal varices .
Doctors are suggesting for liver transplantation as soon as possible . But it is too expensive for a middle class family like ours.
The total expenses are about ₹20,00,000. Including
11,50,000 (for Liver transplantation procedure), 2,50,000  (for pre-transplant evaluation), 3,60,000 or 60,000/month (for first year post transplant cost) and some other expenses.

I believe in "We can't help everyone ,But Everyone can help someone. ".

Remember  , "Ocean are made only when millions and trillions of tiny droplets came together.".

Donate
0%
Be the first one to donate
Need Rs.20,00,000
Card, Netbanking, Cheque pickups
Or Donate using