Support Paarth to undergo a liver transplant surgery | Milaap
This is a supporting campaign. Contributions made to this campaign will go towards the main campaign.
This campaign has stopped and can no longer accept donations.
Milaap will not charge any fee on your donation to this campaign. 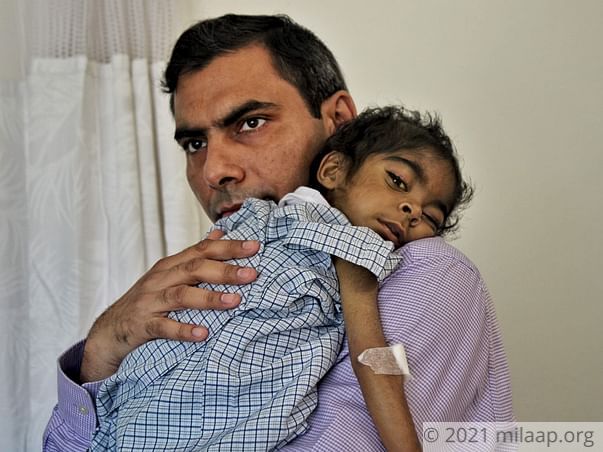 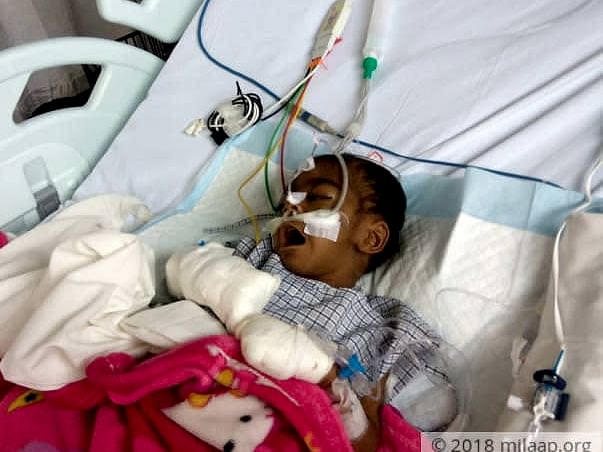 Previous Next
Master Paarth 2 Male  son of Nithin is suffering from  Liver Failure. He needs your help to undergo Liver transplant. Little Paarth gave immense joy to his parents the moment he came into the world. However, a month after his birth, his health started worsening. His eyes and skin started turning yellow and he was constantly running a high fever. Worried, his father Nitin took him to the hospital and he was diagnosed with biliary atresia, a liver disease in which one or more bile ducts are blocked or absent. Paarth immediately underwent a procedure where the bile ducts of the liver are surgically bypassed.
hoped my son would get better after the procedure, but he didn’t. I would carry him in my arms and take him to the hospital, every time his stomach swells. He got admitted to the hospital thrice since the procedure was done, to remove excess water. There was no growth in his body and his weight started drastically decreasing. Now only a liver transplant can save him from this fatal condition.” - Nitin, father

Paarth underwent a liver transplant in the month of January in Bangalore, Karnataka. His parents once again hoped that he would have a healthy life. He was kept under constant observation and intensive care for 65 days as he had severe complication and infections, post-surgery. But to their dismay, the surgery was unsuccessful. Paarth’s condition is now worsening even more and needs an immediate liver transplant. He now has one more chance to get cured of this deadly disease but their dire lack of funds stands in the way.

“My son has been in and out of the hospital for 2 years now. Every day I just pray that my son gets cured so that I can take him home and keep him safe. He is unable to walk or even crawl and cries in pain every minute.”

Nitin works in the IT sector and has spent about 40 lakhs for his son’s treatment. Now, affording another transplant for his son, with no resources left, is next to impossible for him. Nitin is currently working in Bangalore while Parth is undergoing treatment in Delhi. He needs your support to save his 2-year-old from this fatal condition 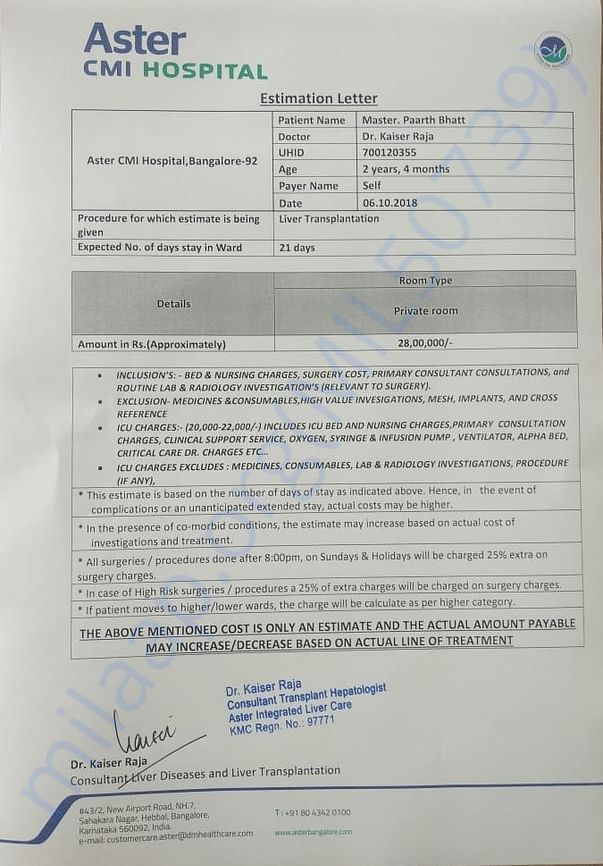 Ask for an update
Dear Supporters

With profound grief we announce sudden demise of Paarth Bhatt at Aster CMI Hospital, Bangalore. Paarth returned to Bangalore from Delhi on morning of 2nd Dec, 2018 and was taken to Aster CMI hospital since he was suffering from cold, suspected infection and increased heart rate.
Doctors diagnosed him with pneumonia, kidney function failure and improper breathing function.
He could not survive the treatment and breathed his last due to multiple organ failure.
We are deeply in grief and coping up with the loss. Once again thank you for your prayers and blessings.
All funds collected in the name of Paarth will be given to needy children, below are the three links the amount has been distributed.

Thanks for everyone who supported.  Paarth was in ICU, Aster Hospital, Bangalore . He passed away due to multiple organ failure and many complications. He wasn't  having food and was on ventilator.
We would like to donate the raised amount to another cause. We will soon update on the same.

Paarth was hospitalized in Max healthcare Saket, due to post liver transplant complication. He is recovering and expected to get discharged soon.

Thanks for all the supporters

You are sending a message to
Anudnya
Go back 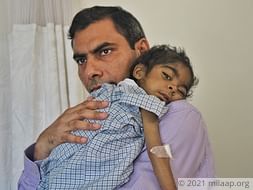